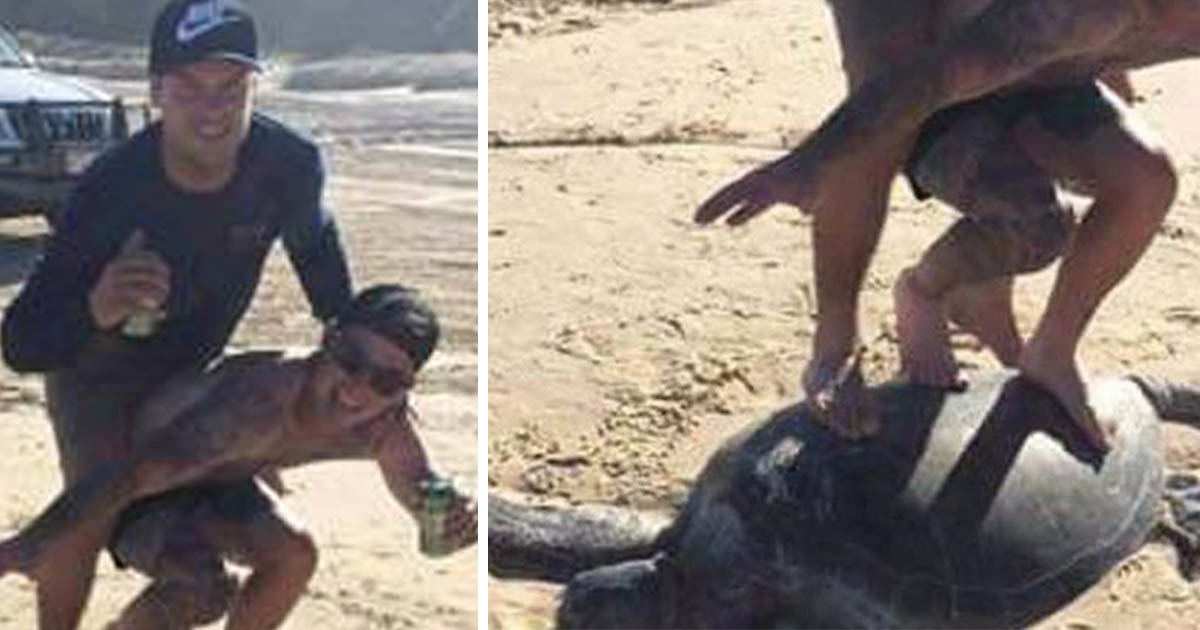 Two seemingly partying tourists have stirred up emotions in Australia.

They posted a picture online in which they can be seen “surfing” on a turtle and drinking beer.

But the picture can become a lot more expensive for them than they originally believed.

The picture was taken at popular sand island and nature reserve Fraser Island in Australia. Angry comments immediately came pouring in after the young men posted their pictures on Facebook.

The two young men didn’t seem to realize the kind of trouble their little ‘adventure’ would get them into. The men are now facing fines of about US $15,000 if found guilty.

“These guys are just complete idiots — there’s no way they should be doing what they were doing,” Michael Beatty, a spokesman for the animal organization QPWS, told the Fraser Coast Chronicle.

The animal rights organization added that the turtles may have been dead when the picture was taken – this is however under investigation.

This is precisely how one should never treat animals! Please share if you agree!