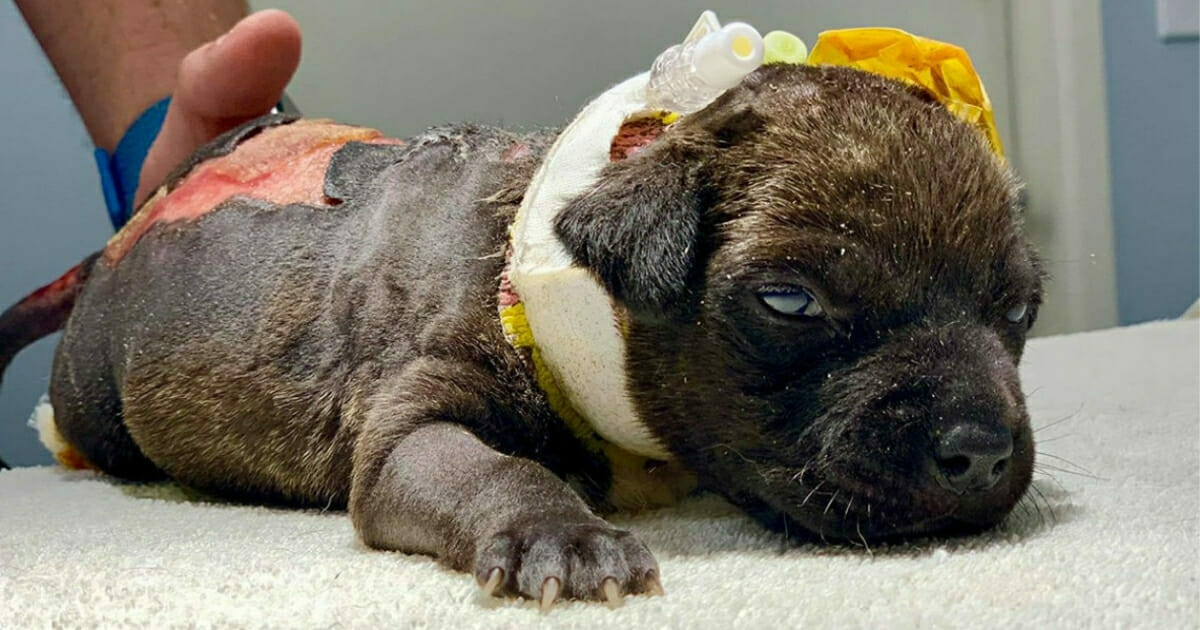 The city of Coachella has been shaken by animal cruelty in the last few weeks. Back in April, a woman was caught on surveillance cameras dumping no less than seven newborn puppies in a bin.

To make matters worse, there’s now been another case of extreme abuse witnessed, with a homeless man having stumbled upon a young puppy left in a plastic bag inside a garbage can, as per WGNO.

Sadly, the story doesn’t end there.

*Warning, images may be distressing for some.

The puppy in question had severe burns covering its body and was just two-weeks-old when she was discovered. Large sections of her skin and fur were completely gone.

Shortly after the man had made the horrific find, Georgina Zazueta and her daughter Alejandra Espinoza Zazueta agreed to take care of the little dog.

Her seriousness of her condition resonated with the family, who were naturally distressed at the idea of someone being able to do this to an innocent creature.

“I mean, what a little puppy can do to you to deserve that kind of thing?” Zazueta said, as per MSN.

They took the dog to a vets in Sherman Oaks, California where she underwent emergency treatment.

Due to the nature of her injuries, however, the dog soon had to be moved to a specialist.

“We don’t know who did it yet, we know there are some videos that are being reviewed but we don’t have an update yet,” said Ellie Roberto, Director of the Animal Hope and Wellness clinic.

Right from the off, veterinarians knew they had quite the task ahead of them.

Unfortunately, the vets don’t yet know what caused the horrifying burns, but they suspect the dog either came into contact with something that was burning at an extremely high temperature, or else had a corrosive liquid poured over her.

“Combating those complications she has not developed an infection, her blood work is getting normal. And she’s getting less painful and she’s growing more skin everyday,” Dr Brian McGrath, of the McGrath Veterinary Center says.

Local authorities in Coachella are on the hunt to find the person responsible for this heinous act, but as yet no one has been arrested.

This distresses me so, so much! How could someone do this to a completely harmless, defenceless, innocent pup that’s just 2-weeks-old?

I hope the person responsible is caught, and that they’re given an adequate punishment that fits their crime.

Share if you think animal cruelty laws need to be made harsher!