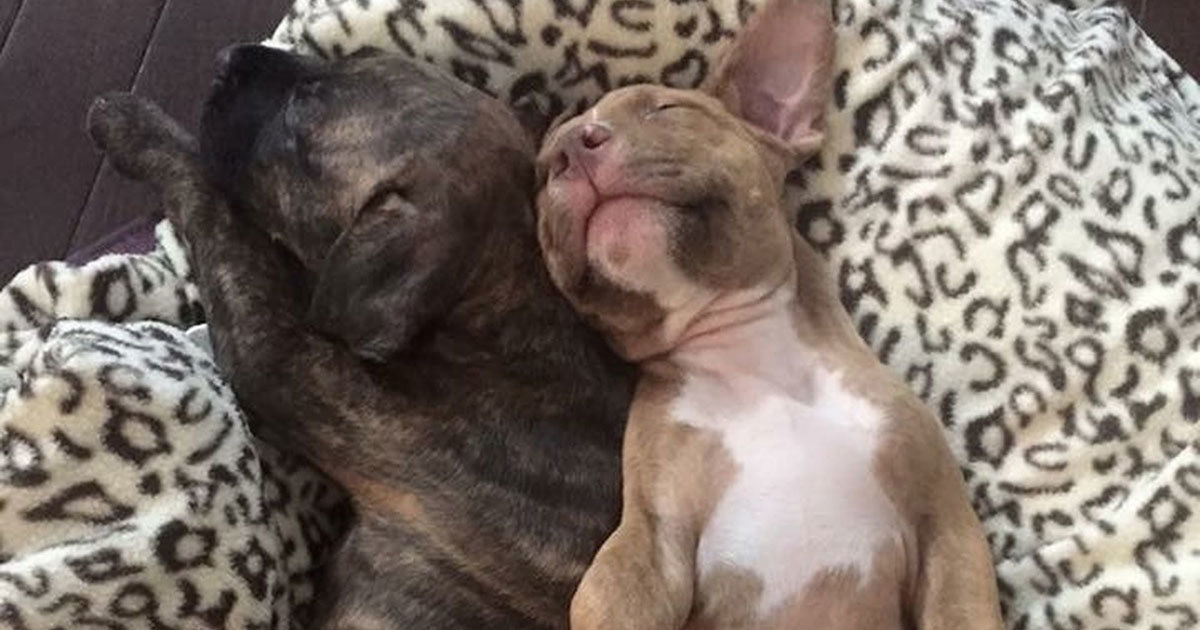 Two abandoned puppies that had never met before were taken in to by a New York City animal shelter only a few days apart.

Both puppies were homeless, frightened, and alone—but fate brought them together.

And the moment the two dogs’ eyes met, they became inseparable.

The first of the dogs, PJ, was taken in by Brooklyn Animal Care and Control, who in turn contacted Rescue Dogs Rock NYC. The organiztation gladly accepted little PJ and placed him with a foster home.

A few days later, another little puppy, Brando, was found wandering the streets of Queens, New York. The organization Queens ACC care for the emaciated puppy and then asked Rescue Dogs Rock NYC if they could arrange a foster home for him.

And that’s how Brando ended up in the same family that had previously opened their hearts to PJ.

Being abandoned and left alone on the streets of New York is of course no fun whether you’re human or a puppy, so it’s understandable that Brando and PJ were still a little nervous when they came to their new family. But as soon as they had each other, life became easier.

They do everything together and their friendship grows stronger by the day.

“At first they were a little nervous being abandoned at a shelter alone, but once they were brought together there was an instantaneous bond,” Stacey Silver of Rescue Dogs Rock NYC told The Dodo. “They absolutely love each other and all the adult dogs in the foster home.”

But above all, Brando and PJ love snuggling each other!

Both puppies had a tough start to life, but now that they have each other, they aren’t afraid of anything anymore.