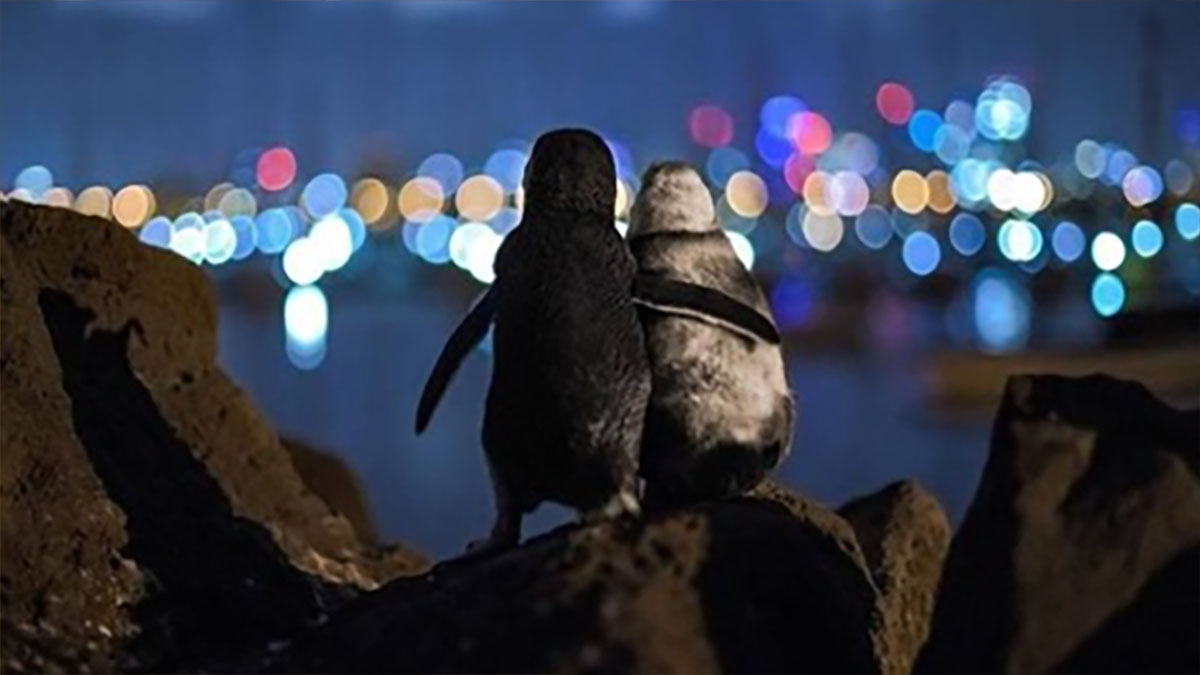 It was an image that won the hearts of people all over the world, a picture of two widowed penguins staring into the distance together.

The image of the two penguins, who were caught on camera comforting each other at St Kilda Pier, in Melbourne, Australia, has earned the man behind it an award at Oceanographic magazine’s Ocean Photograph Awards 2020.

Photographer Tobias Baumgaertner won the Community Choice Award for his image, which went viral earlier this year when he shared it on Instagram.

Tobias said he took the picture in 2019 saying the penguins spent hours next to each other.

“These two Fairy penguins poised upon a rock overlooking the Melbourne skyline were standing there for hours, flipper in flipper, watching the sparkling lights of the skyline and ocean,” he said.

“A volunteer approached me and told me that the white one was an elderly lady who had lost her partner and apparently so did the younger male to the left. Since then they meet regularly comforting each other and standing together for hours watching the dancing lights of the nearby city.

He continued: “I spent three full nights with this penguin colony until I was able to get this picture. Between not being able or allowed to use any lights and the tiny penguins continuously moving, rubbing their flippers on each other’s backs and cleaning one another, it was really hard to get a shot but I got lucky during one beautiful moment.

“I hope you enjoy this moment as much as I did.”

He posted his image this year to help bolster people’s spirits during this difficult year.

“During times like this the truly lucky ones are those that can be with the person/people they love most,” he said.

Thousands of people reacted to his image after he posted it on his Instagram account again in November this year.

“I posted this image of these two Fairy penguins a little more than half a year ago and since then it has circled the globe, it has been seen by millions and I have received thousands of messages and comments of how these two little guys have touched and mended broken hearts, brought joy, hope and love into your lives. It has become a symbol of togetherness and love,” he wrote.

Congratulations Tobias! Your moving image has touched the hearts of millions of people around the world. It’s a beautiful reminder of how lucky those of us with loved ones surrounding us are.