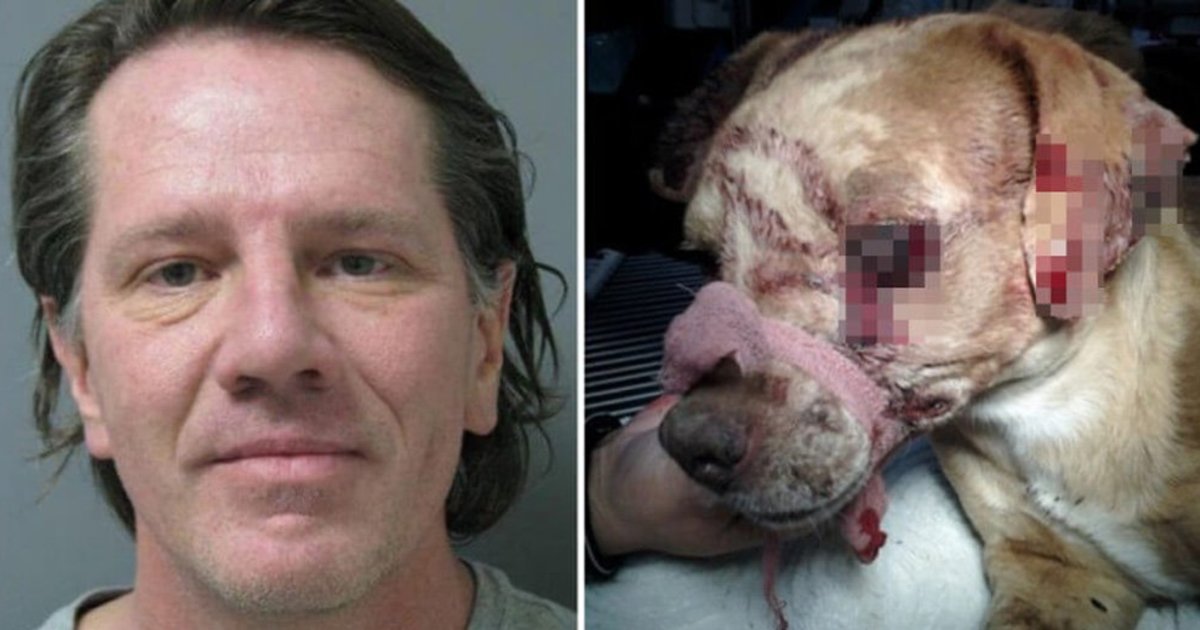 Some crimes are so shocking, they leave me speechless.

Still, when the victim is an animal and literally can’t speak up for itself, we animal lovers have to raise our voices and demand that justice is served—just like the anonymous animal advocate in this story…

Back in April 2016, a resident of West Monroe, Louisiana witnessed something cruel and unimaginable and immediately called the police.

The person reportedly saw their neighbor George Dewain Stennett grab his dog by the neck and throw it away from his car. The 47-year-old then picked up a shovel and beat his dog with it four or five times.

Stennett’s dog managed to scramble under the witness’ car. But as soon as the dog reemerged, Stennett beat it another five or six times.

When a deputy police officer arrived on the scene, Stennett denied abusing his dog. He claimed that his dog had run out into the road and was hit by a car.

Besides the shovel wounds, the deputy noticed that the dog also had an old wound that hadn’t been properly treated, so this wasn’t the first time that Stennett had abused his dog.

Stennett was charged with aggravated cruelty to an animal, and his dog was taken to an animal hospital for emergency treatment.

I’m so glad that the anonymous witness called the police in time to put a stop to this cruelty. Hopefully, the dog has made a full recovery and is enjoying a new life at a loving home.

As horrifying as this story is, it’s also an important reminder that we all need do what we can to give animals a voice. As they say, if you see something, say something. Share if you agree!