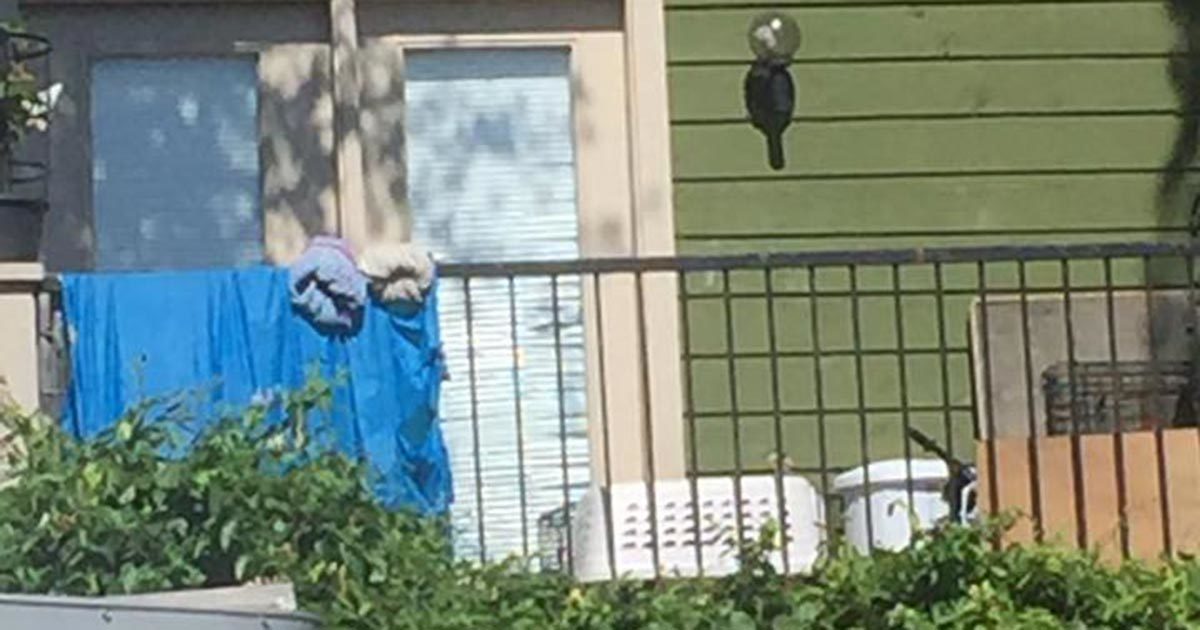 It’s heartbreaking that there are people out there who don’t know how to treat their animals. And this is especially true during the summer, when many owners leave their little creatures outside or in cars in the stifling heat—something that can have deadly consequences. But fortunately, there are also animal lovers out there who don’t hesitate even for a second to intervene and take action when they see an animal being mistreated. One such hero is Cassandra Clark, who was out walking her dogs when she saw a balcony where all was not right.

Cassandra Clark often walks her dogs along a favorite route in Dallas, Texas.

One day while she was out with her dogs, she saw a husky sitting alone on a balcony outside his house. Though the temperature was quite high, Cassandra didn’t think much of it, because for all she knew, the dog could’ve only been outside for a little while.

When Cassandra passed the same house the next day, however, she realized that something wasn’t right. Each day, the dog sat out there in the sweltering summer heat, one day muzzled and without water, and the next day in a cage so small he couldn’t stand up. That was the last straw. The dog was obviously poorly looked after, so Cassandra decided to act.

But when Cassandra called animal control, the receptionist told her they couldn’t make a visit for another 24 hours. But the situation was urgent and the dog might not survive that long in the heat. Cassandra knew immediately that she needed to take matters into her own hands. She took pictures of the balcony and put them on her Facebook page along with a description of the incident.

Luckily, her post struck a chord. It was quickly shared more than 1,000 times and people began calling animal control asking them to rescue the husky immediately. Finally, after many calls and emails, the dog was rescued from his cruel owners.

But that wasn’t all that animal control found. The owners were also neglecting 12 other animals!

The animals were brought to safety and taken to the vet—and now they’re all available for adoption. The story turned out well, but if Cassandra hadn’t stepped in, the animals might never have been rescued from their nightmarish situation.

“Social media isn’t a bad thing. It can be used for good. And in this instance, it had a remarkable outcome. I couldn’t have done it without all the wonderful people on here and who went to the apartment. Be nosey. Be observant. You never know the difference it can make,” she wrote on Facebook.

I get so angry when people treat animals so badly, but at the same time, I’m really happy that Cassandra walked by and decided to intervene!

Please share to let people know how important it is that we take care of our animals and act when we see something that isn’t right.