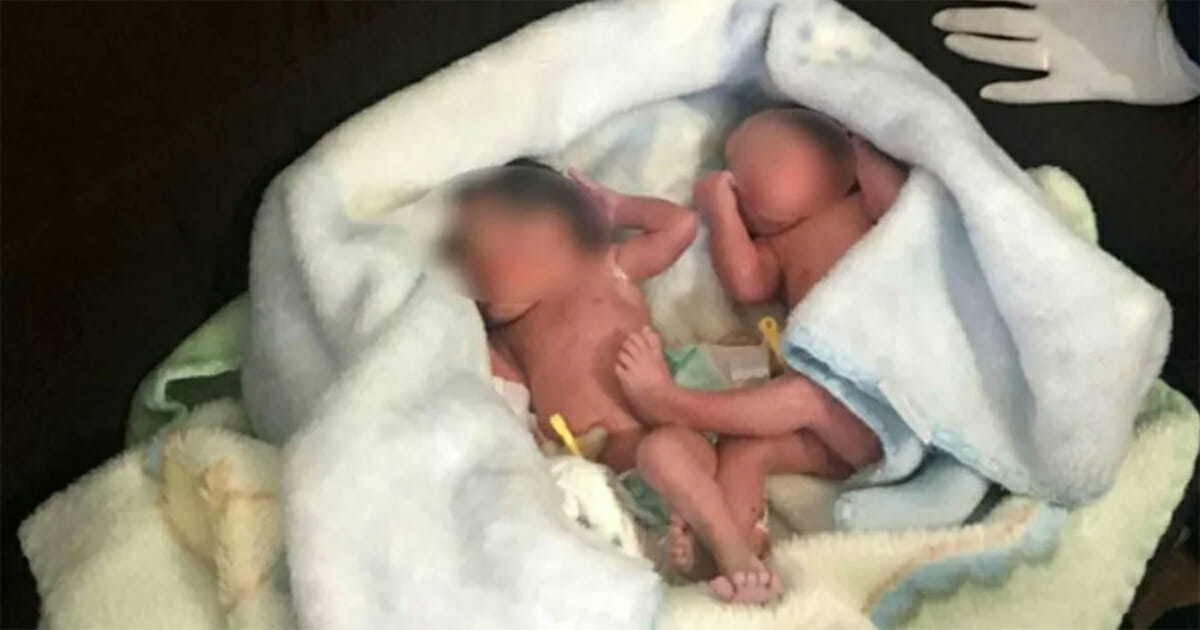 A group of women in Curitiba, Brazil would have been forgiven for expecting something bad when they heard a series of tiny yelps coming from a bush back in 2017.

As per reports, they expected to find puppies when they eventually found the source of the noise.

That would have been bad enough, to stumble across babies that had perhaps been dumped and abandoned by someone. What the women actually found was a deal more horrifying … newborn human twins.

“I thought they were a dog and when I looked at them I realized they were two babies,” one of the women who made discovery explained.

According to sources, the twins still had their umbilical cords attached. Police officer investigating the case believed that someone had pulled up in a white van to dump the two girls soon after their birth. They then fled the scene without regard for whether they lived or died.

One of the babies weighed just 6 pounds, while her sister was almost half that weight at 3.7.

After being rushed to a nearby hospital, the girls were cleaned up and made a full recovery. Named Eloa, which means “God”, and Heloisa, which means “Warrior Woman”, they were able to pull through thanks to the hard work of nurses and doctors.

These little girls had far from the easiest start to life, but hopefully their biggest woes are behind them.

Thank God the women heard their cries and the medical staff at the hospital were able to ensure they made a recovery. We wish Eloa and Heloisa all the best in the future.

Share this article on Facebook to thank all the people involved in this rescue, and to send prayers in the direction of the girls.