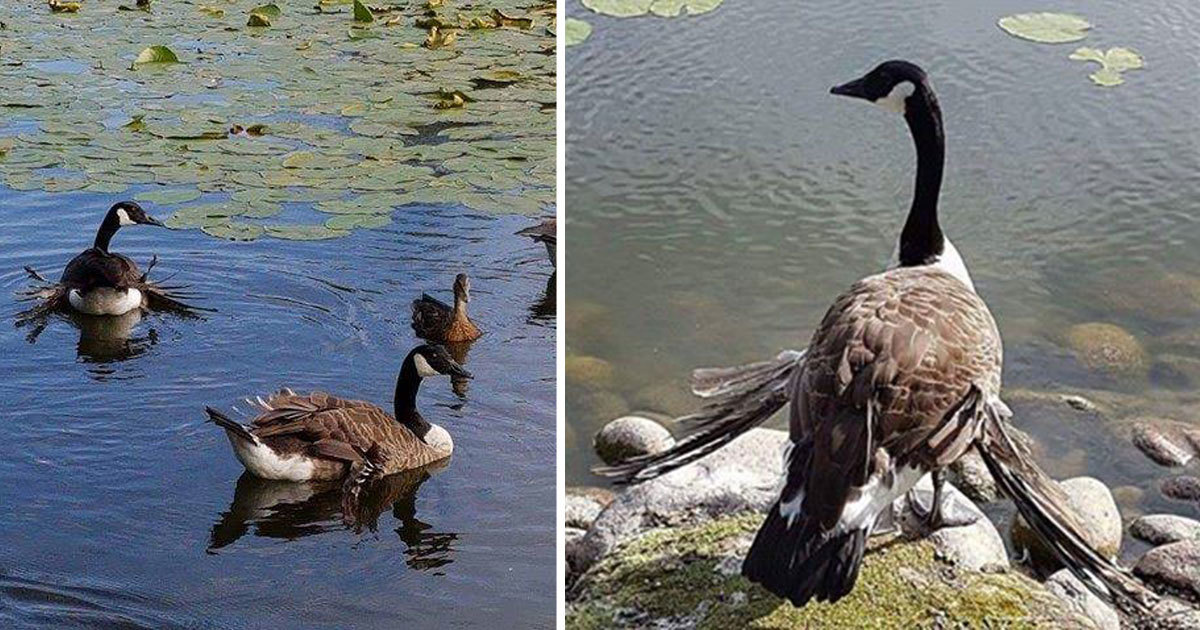 Sure, it might be nice to take some bread down to the water and feed the birds – we’ve all done it, right? But even if this is appreciated by both children and adults, and especially by the birds themselves, it can actually be downright dangerous for them.

Bread certainly tastes good, but it does not contain enough nutrients and can cause so much damage to birds.

So if you like to feed birds – read below about what you can give them instead!

The reason is that the birds will become so reliant on the nutrient-poor bread that they don’t end up looking for different food. In the long run, it causes malnutrition. Lack of nutrition during childhood can cause the birds’ wings to not grow properly, and young birds can get so-called “angel wing” – which when the wing has an unnatural twisting.

“Just like last year, we have received calls from concerned people who have seen birds – especially geese – with wings that looks like a skeleton’s. It may even look like the wing is broken,” writes the Stockholm Wildfowl rehab, a wildlife organization based in Sweden, in a comment on Facebook in August.

Stockholm Wildfowl Rehab also published some pictures of Canada geese, where one can clearly see that their wings are damaged because of malnutrition.

“These Canadian geese have grown up in bird-rich waters, however, they will not be able to move because of. It has a highly-degraded flight capacity and will, therefore, be preyed upon by the municipal hunters in the fall. It was probably not what you thought about when feeding sweet Canada geese chicks in the spring,” they wrote.

If you really cannot resist feeding the ducks, Canada Geese, and other birds, there are actually several other things that you can give them instead of bread. Here is a list of things that contain a little more nutrition:

Here are things you should definitely not give the birds:

Help to share this further so we can prevent more birds from suffering from malnutrition!