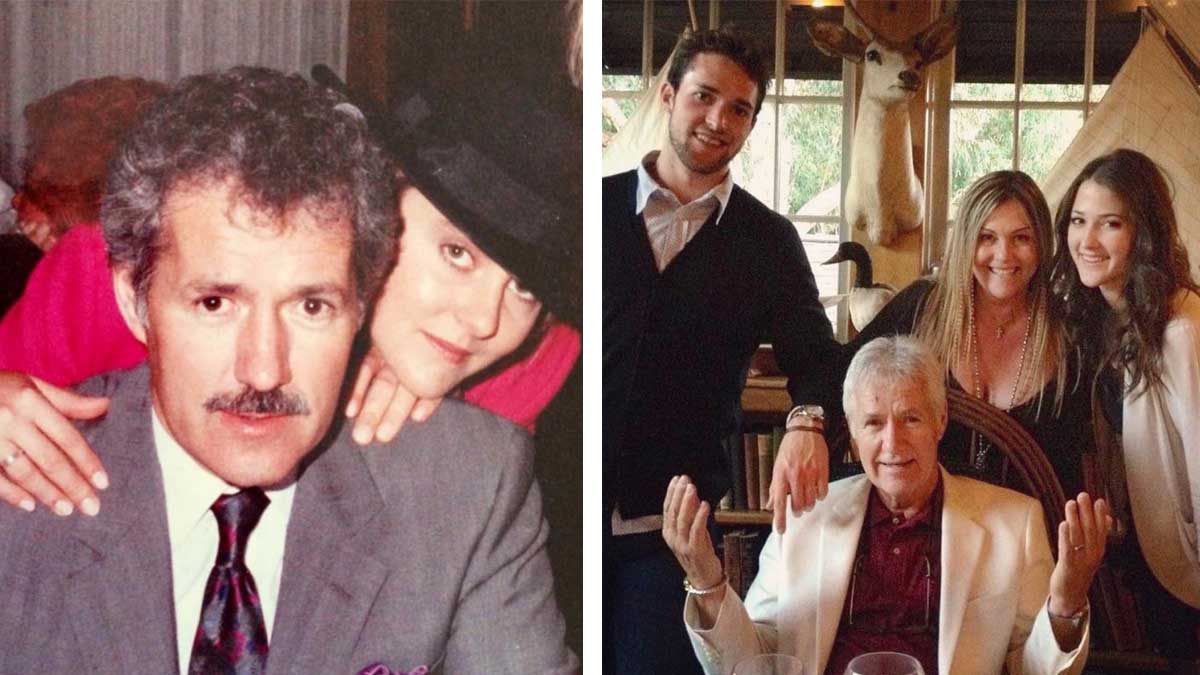 Celebrating the first holiday without a loved one can be extremely difficult, especially when others around you are openly sharing about their day or posting about their own loved ones on social media.

Ever year, while many celebrate the fatherly figures in their lives on Father’s Day, there are just as many people who spend the day mourning the loss of the person whom they called “dad.”

This Father’s Day was the first she and her siblings did not get to celebrate with Alex Trebek. The legendary game show host died in November 2020 following a battle with stage 4 pancreatic cancer.

Alex adopted Nicky when he was married to his first wife Elaine. He later married Jean Trebek and had two children, Matthew and Emily, with her.

Nicky shared two more photos of her father, one was an older one of the two of them and another was a photo of Alex and a muskox, allegedly one of the Jeopardy! host’s favorite animals.

Last year the Trebek family shared what it was like to have the one and only Alex Trebek as a father.

“There are many good memories, but I really loved it when my Dad would come to all of my paintball tournaments with me… although it was a very unique sport, he still got very enthusiastic about watching and learning the game,” Matthew said.

“My Dad and I are both pretty Type-A individuals,” Emily said. “I think I got a lot of my organizational, financial and perfectionistic traits from him.”

“I personally experienced him writing hundreds of thousands of thank you notes while he battled for his life. It’s truly astounding. I honestly can’t even put it into words.”

In March, Nicky shared another touching tribute to her late father on the two-year anniversary of his cancer announcement.

If you’re father or someone who is a fatherly figure in your life is still alive, make sure you give them a hug and tell them you love them.