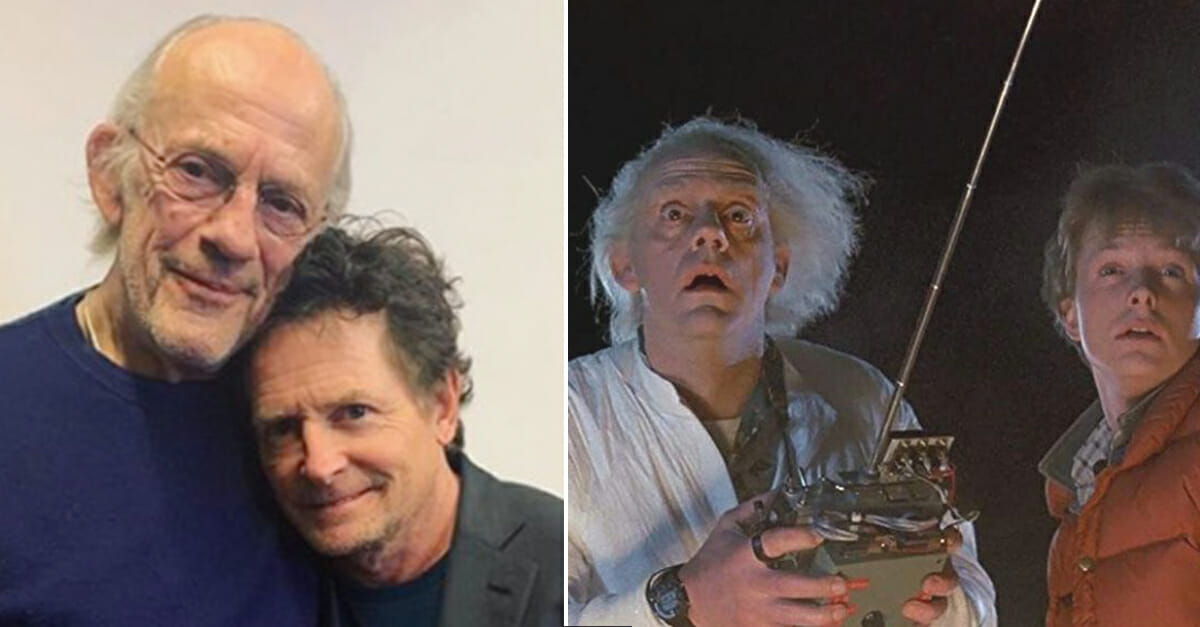 As a child of the 1980s it’s difficult to think back to that era without the movie Back to the Future coming to mind.

The iconic trilogy had adventure, action, sci-fi and romance, not forgetting the cool Marty McFly with his skateboard traveling through time to the soundtracks of our youth. It was a worldwide cultural phenomenon and the highest-grossing film of 1985.

Stars Michael J Fox aka Marty McFly and Christopher Lloyd, who played his mad scientist sidekick Doc and created the car we all wanted to drive: The DeLorean time machine, were reunited off screen recently when they attended an event in aid of a cause close to Fox’s heart.

The time-traveling duo attended a Poker tournament in aid of The Michael J Fox Parkinson Foundation which has donated more than $900 million toward finding a cure for the disease.

The brain disorder that leads to shaking, stiffness, and difficulty with walking, balance, and coordination affects one million Americans.

The annual fundraising event saw a plethora of celebs helping to raise money but the standout moment of the evening was the reunion between Marty McFly and Dr. Emmett ‘Doc’ Brown.

The two actors have uploaded photos of their reunion at the poker night, with Fox captioning his picture:”All in with @mrchristopherlloyd at @michaeljfoxorg Poker Night.”

Lloyd followed that up with: “Going 88mph for the @michaeljfoxorg Poker Night!” Meanwhile his fans were quick to respond to the image with the Doc’s well-known catchphrase “Great Scott.”

Just two years ago the two came together at a Back to the Future fan Expo in Boston along with McFly’s nemesis Biff Tannen and his mom Lorraine Baines for one impressive social media snap.

Fox, 58, was diagnosed with Parkinson’s disease over 20 years ago and initially kept his diagnosis secret fearing it would affect his career. But in 1998 he announced his condition and the start of The Michael J. Fox Foundation to help advance research into the disease.

Lets hope these two legends come together for more fundraising events in aid of this worthy cause. They bring back so many happy memories.