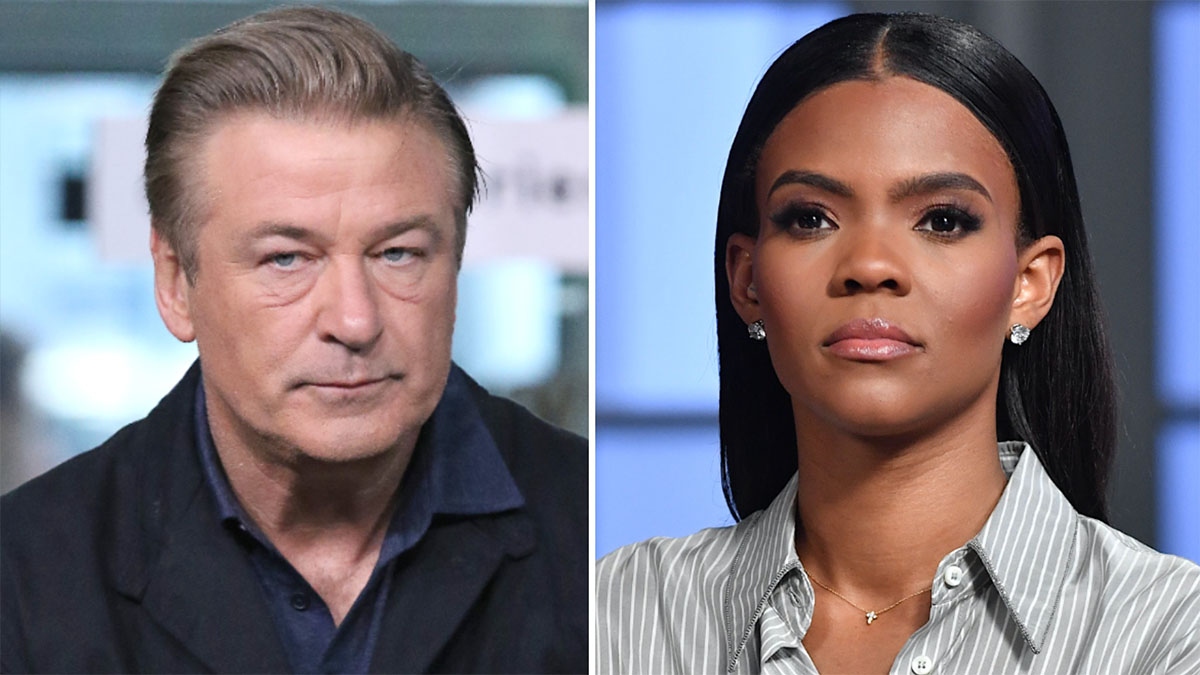 Candace Owens has questioned why Alec Baldwin hasn’t been arrested for the fatal Rust shooting.

The conservative commentator took to Twitter asking if there was any reason why the Hollywood star hasn’t been arrested yet.

Baldwin was handed a prop gun that he believed was filled with dummy rounds but that wasn’t the case: Baldwin discharged the gun killing cinematographer Halyna Hutchins and injuring director Joel Souza on October 21.

The 42-year-old mother of one died later that day in flight to the University of New Mexico Hospital in Albuquerque.

Baldwin was handed the gun by Rust assistant director Dave Halls, who had indicated that it didn’t contain live rounds. Rust armorer, Hannah Gutierrez Reed, has since said she had “no idea” where the live ammunition came from, as per Newsweek.

Owens wrote on Twitter on Sunday: “Is there any reason in particular that @AlecBaldwln____ hasn’t been arrested yet? Haven’t we learned that even when accidents happen with guns, the person on the other end of the gun is arrested for manslaughter? Amber Guyger was arrested within 3 days.”

Guyger, a former Dallas police officer was sentenced to 10 years in prison in October 2019, after she was found guilty of murdering Botham Jean inside his own home.

In the case of this latest shooting, the Santa Fe Sheriff’s Office has been conducting an investigation into the incident on the set of the movie Rust which, ironically, is about an accidental killing. Baldwin was a producer and actor in the now halted film.

The 63-year-old actor released a statement the next day saying:

There are no words to convey my shock and sadness regarding the tragic accident that took the life of Halyna Hutchins, a wife, mother and deeply admired colleague of ours. I’m fully cooperating with the police investigation to address how this tragedy occurred and I am in touch with her husband, offering my support to him and his family. My heart is broken for her husband, their son, and all who knew and loved Halyna.

So far no charges have been filed, but there have been mixed responses to whether Baldwin should be charged.

“Hopefully Alec Baldwin gets manslaughter at the very least. But knowing the Democrats and their penchant for protecting criminals, I wouldn’t be surprised if he gets off with 10 hours of community service…If that,” film producer, Errol Webber wrote.

Some have laid the blame at the feet of the crew around him tasked with checking the props.

Meanwhile, tributes have poured in for the talented cinematographer who lost her life that day including from Bruce Lee’s son actor Brandon Bruce Lee who wrote, “Our hearts go out to the family of Halyna Hutchins and to Joel Souza and all involved in the incident on “Rust”. No one should ever be killed by a gun on a film set. Period. 💔”

The day after Halyna Hutchins died, her husband Matt Hutchins said the loss was enormous and asked for privacy as the family grieves. He said he has spoken with Baldwin, who he said was being very supportive.

“Halyna inspired us all with her passion and vision, and her legacy is too meaningful to encapsulate in words,” Matt Hutchins tweeted, with a photo of his wife and their son standing at a riverbank.

Do you think Alec Baldwin should face charges for Halyna’s death?