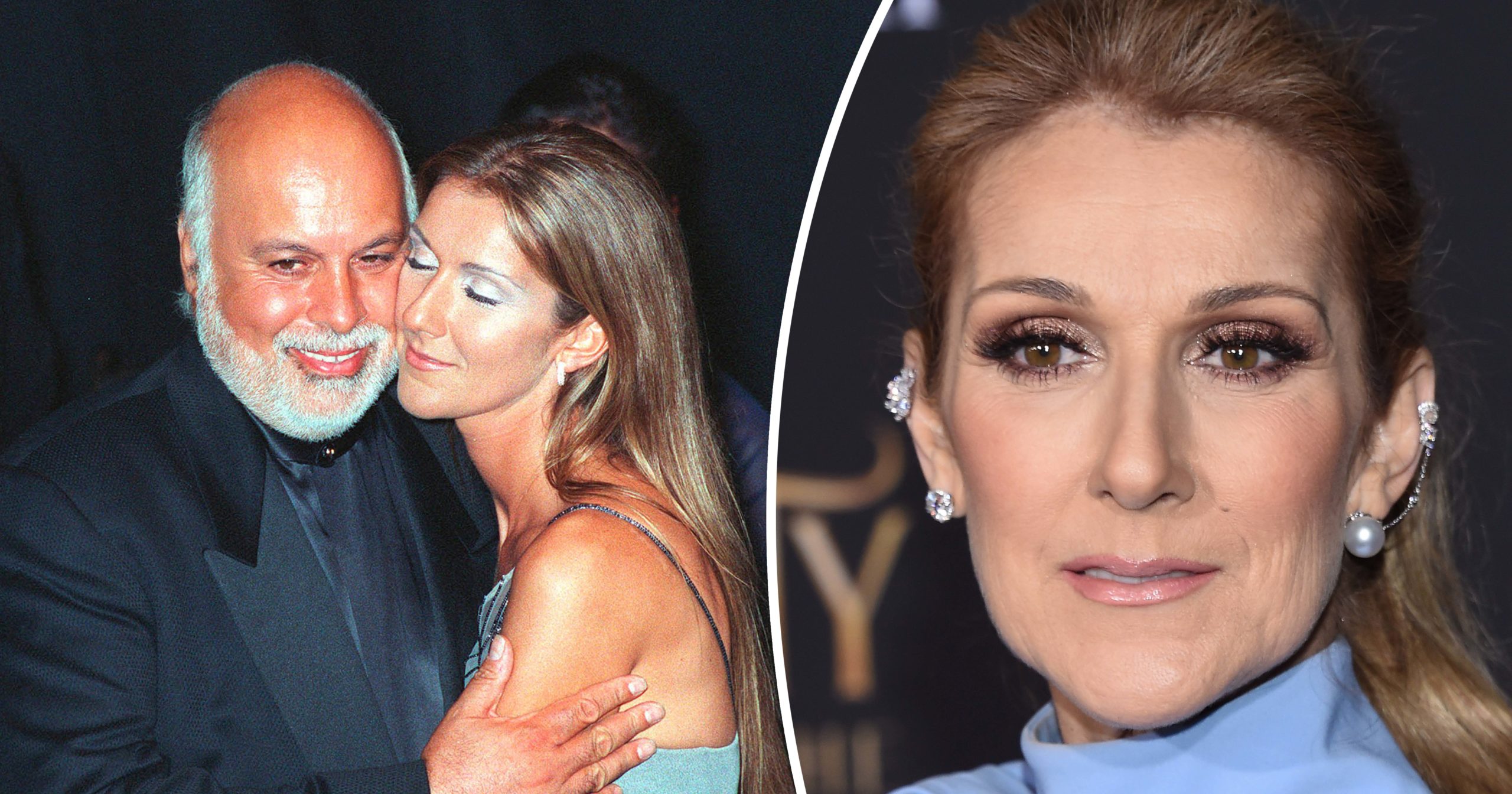 Céline Dion has had a very tough year. The Canadian superstar was forced to cancel her North American tour due to health issues as late as January. Over the years, the grief after the passing of her husband, René Angélli, has been significant.

Now, Céline Dion shares more tragic news, as another person standing very close to her suddenly has passed away.

“Kiss René for me…,” Dion wrote in an emotional tribute.

Céline Dion has had a long and successful career spanning decades. The Canadian – born on March 30, 1968, in Charlemagne, Quebec – was first discovered at 12, when her parents sent a demo tape to manager and producer René Angélil.

At the time, René handled the career of famous French singer Ginette Reno. But when he heard Céline sing, he started crying.

She sang a song that she had written with her mother and brother, and René liked what he heard. So he invited her to audition – and that’s where the real success story began.

“She was this homely little kid named Celine Dion. The mother did all the talking, and the girl never said a word,” Angélil recalled.

“Then she started singing into a pencil, pretending it was a microphone. And what I heard was enough to make me cry. I heard a special voice like I had never heard before.”

René Angélil not only thought Céline Dion was incredibly talented, but he believed she could be the next big superstar and decided to dump all of his other clients and even mortgaged his house to put out her first album.

Dion was then brought on tour alongside Angélil in Canada, Japan, and Europe. In 1988, she took the next big step in her career as she represented Switzerland in the 1988 Eurovision Song Contest.

Dion contributed to one of the most exciting voting races in Eurovision history – which she won by just one point over the United Kingdom. Before long, she was a true international star.

Céline Dion established herself as one of the biggest stars of the 1990s and 2000s. With hits such as My Heart Will Go On, Because You Loved Me, The Power of Love, and Where Does My Heart Beat Now, the singer was recognized with Grammy Awards. Dion even won an Academy Award in 1997 for Best Original Song with My Heart Will Go On from Titanic.

René Angélil was the one helping Céline Dion at the start of her career. But the two didn’t only end up as working partners.

Céline and René fell deeply in love and began a relationship in 1987. By 1991 they were engaged and married three years later in Montreal. In 2000, the couple renewed their vows in Las Vegas.

René and Céline Dion stood by each other through thick and thin, and they went on to have three children together. They had their first son in 2001, naming him René-Charles Angélil.

In 2007, they felt that something was missing — they wanted their son to have a sibling. So they went public with the news that they were trying IVF.¨

René Angélil passed away in 2016

Their first pregnancy via IVF resulted in a miscarriage, but they kept trying – and the seventh attempt proved a charm. In May 2010, the couple announced that Dion was 14 weeks pregnant with twin boys. In October of the same year, Dion gave birth to fraternal twins by Caesarean section at St. Mary’s Medical Center in West Palm Beach, Florida.

Despite the three decades of success, multiple awards, and a Las Vegas residency, Celine has experienced her fair share of heartache.

In 1999, Céline Dion and René Angélil faced one of their most significant life crises when they got word that René had throat cancer. At the time, the couple had been married for 21 years.

René Angélil was much older than Céline – 26 years her senior. She took on the role of becoming his caretaker and worked hard to look after her husband during the challenging period.

Unfortunately, in the end, doctors couldn’t do anything. On January 14, 2016, René passed away. Heartbreakingly, Celine also lost her brother, Daniel Dione, to a similar cancer on the day of her husband’s birthday.

“We still live with him”

In a later interview, Dion spoke about life without him.

“Losing my husband, for my kids to lose their father, it was quite something,” she said. “I feel like René has given me so much through the years and still today. I see my kids, I look at them — we live with him. We still live with him. He’s part of our lives every day, so I have to say that I feel very, very strong.”

The pandemic was tough on all of us, including Céline Dion. But, despite that she couldn’t perform, the singer spent some well-earned quality time with her children.

As things started going back to normal, Dion was also ready to continue her Las Vegas show and tour. In November 2021, Dion was supposed to take the Las Vegas stage for the brand-new show at Resorts World Las Vegas. It was, to begin with, ten shows on the largest and tallest stage in all of “Sin City.”

However, her comeback to the Las Vegas stage was hit with a significant setback.

Dion, 54, has received treatment for severe and persistent muscle spasms. The “unforeseen medical symptoms” forced her to cancel several concert dates in Las Vegas in November of last year and from January 19 to February 5, 2022.

“Celine has been experiencing severe and persistent muscle spasms which are preventing her from performing,” the statement read. “Her medical team continues to evaluate and treat her. However, the symptoms she is experiencing are prohibiting her from participating in the ongoing rehearsals for the new show.”

“My team and I have been working on our new show for the past eight months, and to not be able to open this November saddens me beyond words. My partners at Resorts World Las Vegas and AEG have been working around the clock to get this brand-new state-of-the-art theater ready, and it’s absolutely beautiful,” the singer wrote at the time.

Even though months went by, as late as early May, Dion gave more sad updates about her well-being.

She announced that she also canceled and postponed her upcoming European tour dates because of her health issues.

Even though she assured fans that she was “doing a little bit better,” Céline Dion added that she still is experiencing muscle spasms. The recovery is taking longer than expected.

“Well, here we are again and I’m so sorry we have to change our tour plans for Europe one more time,” Dion said in a video posted on her Instagram page. “First we had to move the shows, because of the pandemic, now this is my health issues that is causing us to postpone some shows, and unfortunately we have to cancel some, too.”

“It’s going very slow, and it’s very frustrating for me. I’m getting treatment from my doctors, taking medication, but I’m still experiencing some spasms, and it’s taking a lot longer for me to recover than I had hoped,” the legendary singer added, saying that she must be in “top shape” to perform.

“I wanted you to know that I’m sorry for this news. I know you’ve all waited so long for the concerts, and I appreciate your loyalty. All I can say is that I’m doing my very best to get back to the level that I need to be so that I can give 100 percent at my shows ’cause that’s what you deserve.”

Despite the sad news, Dion pleased her fans by later announcing that the final six shows of her Courage Tour will take place in 2023.

Céline Dion shares message after the death of former publicist

Céline Dion has gone through several personal tragedies, and losing a dear family member is indescribable. However, grief is never-ending, and one vital thing in processing it is to surround yourself with people close to the heart.

I can’t even imagine how it must feel like losing both a husband and a brother, just like Céline Dion has. Yet, she has kept strong as her children grow up, which shows how brave and strong she really is.

But now, the legendary singer has gone through another, very sad tragedy.

Through her social media, Céline Dion is speaking out on the passing of her long-time publicist, Francine Chaloult. She passed away last week at the age of 82.

On Instagram, Céline Dion posted a heartbreaking message as she announced Francine’s passing. With the text, Dion also shared a picture showing her sitting next to Francine. Behind them is Celine’s late husband, René Angélil, holding his wife’s hand.

“Conductor of show business, you masterfully directed the artists who agreed to play a Symphony of Friendship composed by you,” Celiné Dion wrote.

“Endearing press secretary, funny and generous, communications strategist, your determination was scary and nothing, and no one could resist you. You demanded top billing and spectacular media coverage. The journalists knew it and respected a score written by you.”

“It is now up to all of us to orchestrate your Farewell Symphony. Now glued-tight against Georges-Hébert, your great love found again, enjoy the show without false notes that we offer you, with a heavy heart and a blurred look,” she continued. “I know you will continue to take care of us mom. You have taught and given me a lot; I loved you, I love you, and will always love you… Celine xx…”

She ended the beautiful tribute with Francine Chaloult one last favor.

Céline Dion has gone through so much pain in recent years. We are praying for her and her family, and wish them all the best in the future.

Please, share this article on Facebook with friends and family to show your support for Céline Dion.