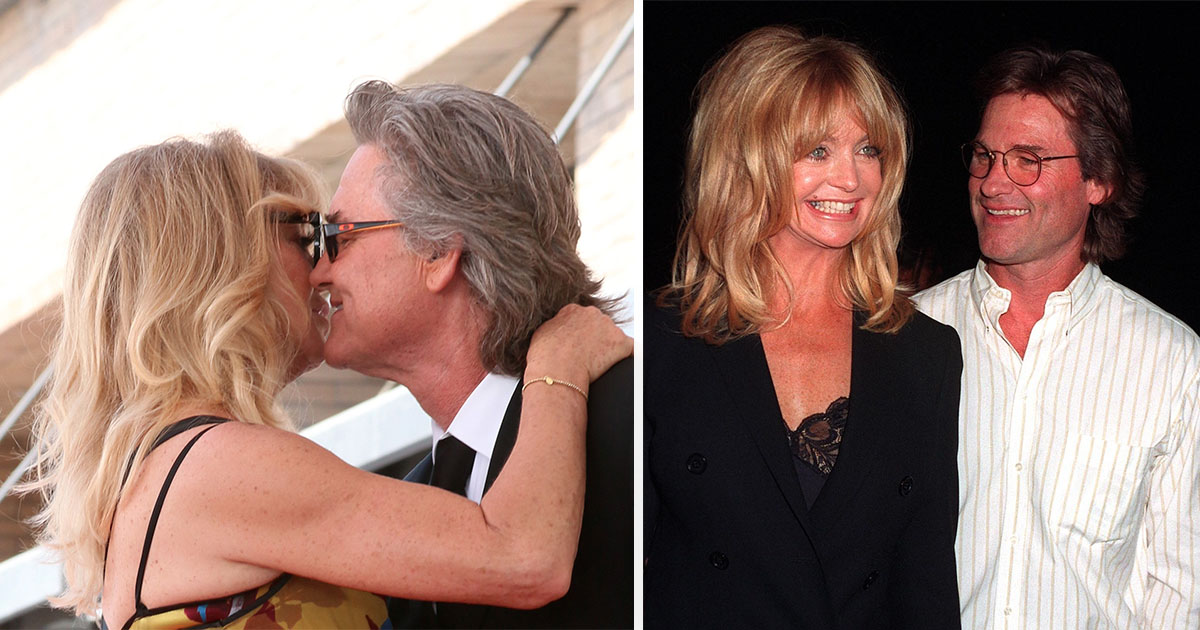 Goldie Hawn and Kurt Russell share one of the sweetest love stories Hollywood has ever seen. The couple have been together for almost 40 years, raising a wonderful family alongside managing their great careers.

Still to this day, Russell and Hawn seem to be deeply in love. And now, a body expert has explained what their relationship is really like.

According to the Karen Donaldson, it’s easy to say just why the couple are thriving together. And we absolutely adore the reason it ...

Hollywood is full of love. However, many relationships in the world of show business don’t last that long.

There are many things that go on with celebrity relationships. Almost every week, one can read up on the stars of today and who they’re dating.

Celebrity or not, seeing two people in love who engage in a long and happy relationship always makes me happy.

With this in mind, the couple that makes me happiest is Kurt Russell, 69, and Goldie Hawn, 74.

Goldie and Kurt have been together for nearly 40 years. They’ve been superstars on the big screen for a long time, and at the same time have been able to share a loving relationship and show great devotion to their family.

However, they weren’t ready to start dating quite yet. And even though one might think that Goldie Hawn was the happiest person in the world at that point, she was actually struggling.

Spoke out on depression

Behind closed doors, she struggled with depression – and didn’t even go out in public.

At the same time as many dream about becoming a celebrity, that wasn’t the case for Hawn. She had gotten her big breakthrough, but instead of wanting more, she just wanted to get away from everything and everyone.

“This is something that, for me, I worked through,” she added. “I went to a doctor, I went to a psychologist, I learned about quieting my mind and what happens to the brain.”

Kate and Oliver have their own podcast, Sibling Revelry. And in one of the episodes, Goldie’s children explained the moment that Kurt stole their mother’s heart.

At the time, Kate recalls being about three years old. Oliver was six.

“It was the first time he brought him home to the house, wasn’t their first date, but it’s a beautiful story,” Kate said.

“We were living in deep Malibu and mum said that was when she fell in love with Kurt, right away, because she bought him back to the house and we were already asleep.”

Kate and Oliver shared a room, and Kurt Russell walked in one evening and sat down next to the children.

Together for almost 40 years

“He sat down next to you [Oliver] first, and watched you sleep. Then came by to me. I believe he watched me longest,” Kate explains.

Kurt and Goldie later welcomed their son, Wyatt Russell, in 1986.

It’s been 37 years, but Goldie and Kurt are still deeply in love.

Goldie’s children Oliver and Kate, meanwhile, moved on to work in movies themselves.

Even though Goldie’s children are well-known and busy actors, they have dinner together quite often, since Kate lives just down the street from her mother.

When Goldie turned 60, Kurt Russell took the entire family to Tahiti, where they spent a lovely vacation together.

They’ve now got six grandchildren, and via Instagram, they can been seen giving their love to the smallest members of their family.

New details about their relationship

Recently, new details about their wonderful relationship has come to light. Body expert Karen Donaldson has analyzed pictures of Kurt Russell and Goldie Hawn – and the results are just as wonderful as you can imagine.

Very often – if not always – Kurt and Goldie are seen walking in unison. This, according to Donaldson, is a great sign that they are on the same level. It’s obvious that they can’t get enough of each other.

“Goldie and Kurt walk in unison which tells us that they are also in sync with one another on a emotional level,” said Donaldson, adding that their handholding also gives us another insight.

“[It] tells us that they are affectionate towards each other,” she says. “Plus, it helps that Kurt can’t keep his eyes off Goldie—a sign that he adores her.”

Iin Kurt Russell and Goldie Hawn’s case, their body language is, according to Donaldson, a point of endearing love. How they communicate without using words is a sign of high-level intimacy, and shows how important the physical part is for the two love birds.

“The way in which Kurt holds Goldie’s hands in both of his as he kisses her, shows a truly deep connection on an emotional and physical level,” Davidson explains.

Being comfortable around people is one of the greatest things, irrespective of it’s regarding friends or a romantic relationship. In pictures ever since Russell and Hawn started dating, the two have been very comfortable and relaxed around one another.

Comfort is the most important thing for the two lovebirds, and that, according to Donaldson, is a sign that they still are deeply in love.

“This signals a long-lasting relationship, void of competition and full of acceptance,” Donaldson told Woman’s Magazine.

“A natural mirroring of your partners posture and body language is often seen in more established relationships that have a deep connection.”

During the COVID-19 pandemic, Goldie and Kurt have been in quarantine together. Even though she’s a great entertainer, the long days without being able to do anything special has been tough, Goldie revealed in an interview with Good Morning Britain.

Goldie Hawn and Kurt Russell are living proof that love can help you through anything. We wish the nothing but the best moving forward.