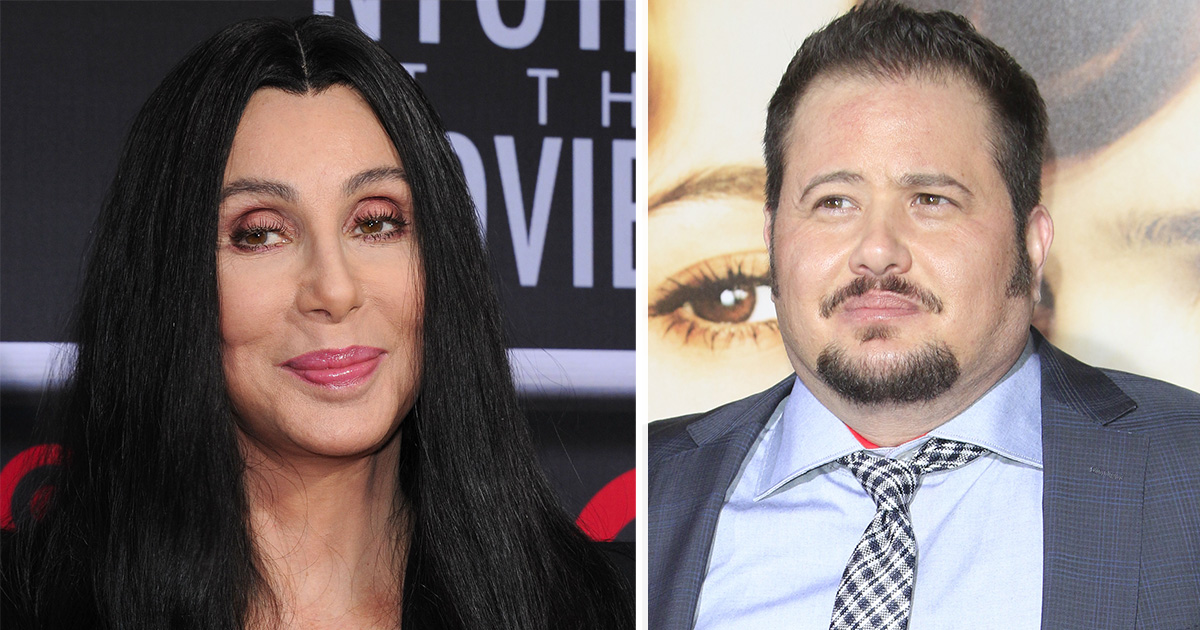 Chaz Bono has been through a lot, and being the child of a major music star and actress in Cher hasn’t made things much easier. He’s always been in the public spotlight, and that can be difficult even at the best of times.

However, few stories are more inspirational than Chaz’s is. In 2011, at age 39, he began his transition to the male gender. Cher has always been supportive of her beloved son, though things weren’t easy in the beginning.

In fact, Cher had problems with her son being gay at first. According to Chaz, she went “ballistic” when she found out.

Most people probably know Cher. When I think of her, I can’t help but think on her amazing career. When she started out, she did so alongside Sonny Bono, a person with whom she had both a wonderful and stormy relationship.

The couple met for the first time in Los Angeles, when Cher had dropped out of high school at 16 and moved LA. She took acting classes and worked to support herself. Boy, was she a terrific singer.

Chaz Bono – the son of Cher

Sonny, who was 11 years older, worked as an assistant to legendary record producer Phil Spector. Before long, the couple started to hit it off.

Bono found work for Cher as a backup session singer, where she performed on many of Specter’s recordings. The Ronettes’ super-hit Be My Baby and The Righteous Brothers’ You’ve Lost That Loving Feeling were just two of many songs Cheer worked on.

Sonny and Cher first collaborated on their own records in 1964. However, their first singles weren’t really what the audience wanted. This all changed in September 1964, when they released Baby Don’t Go.

Cher’s mother Georgia Holt had her brother Mickey hire the duo to open for the Righteous Brothers, and it was the start of a long and successful career which would culminate with Cher being labeled “The Goddess of Pop.

Cher and her family

Baby Don’t Go became the duo’s first hit, and proved the beginning of a highly successful pairing that lasted until the mid-1970s.

And on a personal level, the love between Cher and Sonny grew.

“I was with my girlfriend, who was really beautiful,” Cher recalled. “He liked her, so he didn’t really say anything to me. He was like, ‘Oh yeah, kid.'”

She added that “everyone just disappeared” when she first saw him, recalling that “he was the most unusual person I’d ever seen.”

Soon, Cher and Bono were living together. They began a romantic relationship, though this took a while to blossom. According to Cher, Bono simply wasn’t physically attracted to her at first. That soon changed, and the couple began dating for real.

In 1965, the two got married – and at the same time, started to work on their professional music careers.

Most importantly, the couple had a child, Chaz Bono, together. He was originally born Chastity Bono on March 4, 1969. However, because he was a celebrity child, he became famous immediately and it wasn’t long before TV audiences got to see him.

Bono was named after the movie Chasity, a movie produced by Sonny. Cher played the lead role, portraying a young, bisexual hippie runaway.

Apparently, Chastity was conceived during the making of the film.

As a child, Chaz appeared numerous times in The Sonny and Cher Comedy Hour. He usually came on at the end of each episode, when Sonny and Cher sang “I Got You Babe“.

In this way, Chaz became a familiar face to the American audience.

But few knew what he was going through at home and at school. Early in his life, Chaz couldn’t relate to other girls and their interests.

”I’d look at other girls my age and feel perplexed by their interest in fashion or which boy was the cutest,” Chaz told Daily Mail in 2011.

Came out as a lesbian

At age 18, Chaz came out to both parents as a lesbian.

“As a child, I always felt there was something different about me. I’d look at other girls my age and feel perplexed by their obvious interest in the latest fashion, which boy in class was the cutest, and who looked the most like cover girl Christie Brinkley,” Chaz wrote in his book Family Outing: A Guide to the Coming Out Process for Gays, Lesbians, and Their Families.”

“When I was 13, I finally found a name for exactly how I was different. I realized I was gay.”

For Cher, who would later become an icon among the LGBTQ community, it wasn’t “easy” for her to deal with her daughter coming out as a lesbian.

“When I found out Chaz was gay, I didn’t go through it that easily,” Cher said in an interview with PrideSource.

But according to Chaz himself, his mom actually “went ballistic” when he originally came out to her.

Then, at the age of 39, Chaz began his transition to the male gender.

Transition into a man

It wasn’t until 2010 that Chaz officially became a man, when a California court granted his request for a gender and name change.

In the documentary Becoming Chaz, which was shown at the 2011 Sundance Film Festival and aired on Oprah Winfrey Network, viewers got the chance to follow Chaz’s transition into a man.

“My mother went through a kind of mourning period. It was difficult for her, and we didn’t see each other for about the first year of my transition,” Chaz told SBS Australia.

Just as Chaz said himself, his mother Cher had a tough time in the beginning.

The Oscar-winning actress and singer has always been a great supporter of the LGBTQ community, but in the beginning, it sure wasn’t easy, as she recalls it.

“It was very unlike me to, in the beginning, have a problem with Chaz being gay, and it disappeared like that,” Cher told CNN in 2020, as she recalls her initial reaction.

“Then we talked about [whether Bono was] transgender for many years. And he would say, ‘No, I don’t want to [transition]. And then he went and said, ‘OK, I want to do this.'”

Cher recalled calling Chaz and his old voicemail message was still on the phone. For her, it was difficult, but as hours and days went by, she slowly started to remember that nothing will change Bono essentially.

“You don’t really lose them. They just are in a different shape,” she said.

As early as 9-years of age, Cher had her first encounter with the gay community.

“One day I came home and there were these two men in my living room with my mom and my aunt,” she recalled

“They were doing their hair and talking, and I was thinking, ‘Why haven’t we ever had these kind of guys around? Because these guys are the coolest. That was my [introduction to] the gay world,” Cher said, adding that “gay people don’t feel like they fit in, and I never felt like I fit in.”

Since the aforesaid documentary aired in 2011, Chaz has appeared several times in Hollywood. The same year as the documentary was released, he actually became the first transgender man to participate in Dancing with the Stars.

It marked the first time a transgender man had starred on a major network television show for something unrelated to being transgender, according to Advocate.com.

Five years later, Chaz starred in five episodes of American Horror Story: Roanoke, and play Reverend Rydale on The Bold and the Beautiful.

At the same time that Chaz has been building his acting career, he’s also gone through quite a weight struggle.

For many years, Chaz suffered from obesity, and simply couldn’t thrive in his body. The turning point towards a healthier lifestyle came when he began his gender transition.

”I would have never been able to do it before,” he told Oprah.

“I was too disconnected from my body, and to, you know – the dysphoria around, that I had with my body was too much to be able to have cared enough about to do anything like that.”

When Chaz first appeared Dancing With The Stars, he weighed 250lb – but the competition and all the ensuing practice made him lose weight, rapidly. That’s perhaps not so strange considering how much training and movement is required to succeed on the dance floor.

But it seems that Chaz continued with his new, healthier lifestyle even after the TV show. He has continued to lose weight, and new pictures of him show that he is far from the unhealthy weight he was at 10 years ago.

Unfortunately, however, the weight loss journey has not been entirely painless for Chaz. When you lose a lot of pounds, it’s not always easy for the body to keep up. As a result, Chaz has a lot of sagging excess skin.

“It’s not fun, but it was worth it, because I look better now. I’ve cut out, you know, 99 percent of grains from my diet, ‘he revealed. ‘I pretty much eat vegetables, meat, fruit, nuts … My birthday is the one day of the year I’ll do cake,” Chaz told Extra TV.

“He did it all by himself”

His mother, Cher, has repeatedly praised her son’s courage and journey towards a healthier lifestyle.

Chaz Bono is such an inspiration for us all. His courage and bravery in transitioning are amazing. Most importantly, however, he followed his heart and didn’t care what other people thought.

Please, share this story to honor Chaz Bono. Hopefully, this can encourage others in the same situation to do the same.