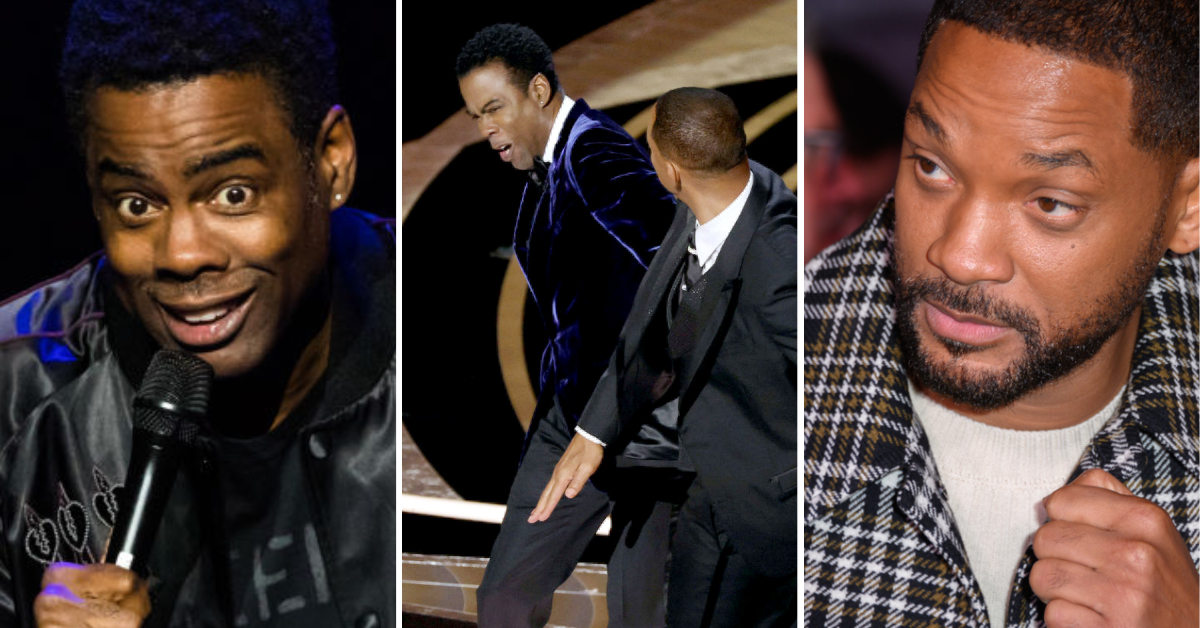 This year’s Academy Awards, held in March, won’t be remembered for any of the winning films but for the shocking real-life incident that happened on stage: Will Smith’s infamous slap of comedian Chris Rock.

The altercation instantly became a massive viral video around the world, so ubiquitous that it became known simply as “the Slap.” But while the whole world talked about it for weeks afterwards, Smith and Rock have both kept relatively quiet about the incident.

But this week, both entertainers broke their silence and finally opened up about “the slap.”

The 94th Academy Awards started off as a peaceful affair, with Hollywood celebrating a returning sense of normalcy after the industry, and the Oscars, were upended by the coronavirus pandemic.

And it was poised to be a great night for actor Will Smith, who was the frontrunner to take home Best Actor for his performance in King Richard, which was also nominated for several Oscars including Best Picture.

But the mood took a drastic turn later in the evening: while presenting the award for Best Documentary Feature, comedian Chris Rock made a joke about Jada Pinkett Smith, Will Smith’s wife.

The joke was in reference to Jada’s shaved head, a look she adopted after experiencing alopecia areata. Rock joked that he was looking forward to seeing her in “G.I. Jane 2.”

While Will initially laughed at the remark, Jada was visibly annoyed, and a moment later the actor was on stage confronting Rock. While Rock laughed at first, he was startled after Smith slapped him in the face.

“Wow! Will Smith just smacked the s**t out of me!” Rock remarked as Smith returned to his seat. While the comedian suggested he was overreacting to the joke, Smith yelled “Keep my wife’s name out of your f***ing mouth!”

While the audio was censored for the US broadcast, an uncensored version quickly went viral, becoming one of the all-time most-viewed online videos in a 24-hour period.

Despite the violent altercation, Smith was allowed to stay for the rest of the ceremony and won the Academy Award for Best Actor later on, apologizing to his fellow nominees but not to Rock.

“The slap,” or “the slap heard ’round the world,” became a huge viral sensation.

Facing backlash, Smith issued an apology on social media: “I would like to publicly apologize to you, Chris. I was out of line and I was wrong. I am embarrassed and my actions were not indicative of the man I want to be. There is no place for violence in a world of love and kindness.”

Rock avoided the subject in his stand-up performances, saying he would comment on it later. He said he had not spoken to Smith since the Oscars.

Facing a formal review by AMPAS, Smith preemptively resigned from the Academy. He was subsequently banned from attending the ceremony for the next 10 years.

The slap prompted a widespread response from the industry, with most condemning Smith and defending Rock. Oscars co-host Wanda Sykes said she was “still traumatized” by the incident in May.

Despite the infamy of “the slap,” both entertainers have remained relatively quiet since — but this week, both Smith and Rock broke their silence.

“Anyone who says words hurt has never been punched in the face,” Rock joked. “I’m not a victim. Yeah, that s**t hurt, motherf***er. But I shook that s**t off and went to work the next day. I don’t go to the hospital for a paper cut.”

Will Smith also opened up about the incident. In a video titled “It’s been a minute…” Smith wrote that he had “been doing a lot of thinking and personal work” over the past few months.

“I’m not gonna try to unpack all of that right now but I can say to you, there was no part of me that thought that was the right way to behave in that moment,” he said.

Smith offered a second apology to Rock, suggesting he would like to meet in person to offer an olive branch.

“I’ve reached out to Chris and the message that came back is that he’s not ready to talk, and when he is he will reach out,” Smith said. “So I will say to you, Chris, I apologize to you. My behavior was unacceptable, and I’m here whenever you’re ready to talk.”

Smith also said he did not apologize to Rock during his acceptance speech because he was “fogged out” by that point: “It’s all fuzzy,” the actor said.

“The slap” was truly an unforgettable TV moment and still has people talking months later. While Smith has apologized to Rock, time will tell if the two entertainers meet up to patch things up.

What do you think of this whole situation? Share this story with your thoughts!