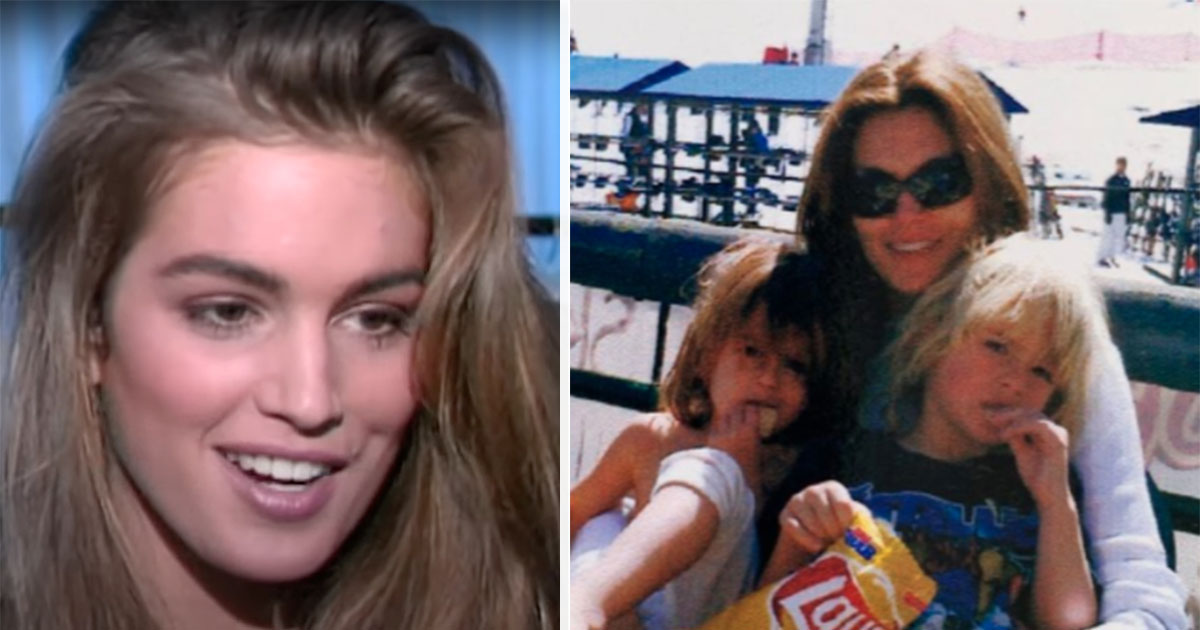 Cindy Crawford is one of the most iconic American supermodels of the past half century. She became somewhat of a phenomenon as one of the first real supermodels, and at the same time, she became a role model, speaking about her private life and tragedies that had affected her. And now, her daughter Kaia Gerber is heading down the same career path.

Gerber has, just as her mother, pursued a career in modeling. By the time she was 11 years old, she was hired for her first gigs, and today, she’s one of the most coveted people to work with in the business.

Not only is Gerber doing the same job as her mother. She has also gotten recognition because she looks exactly like her mother. And to be honest, one could think they are sisters. This is all you need to know about Kaia Gerber!

Being a supermodel can be a tough gig. Not only do you have to stand out from the rest, but it’s also all about the looks. The business can be ruthless, and even though things have changed in the last decade, people are still mentally abused by the strict and many times very evil “rules.”

Therefore, it’s very important that these supermodels dare to speak out about the business. Not only about how much money they can earn by doing catwalks or commercials, but also the backsides of it.

One who did was Cindy Crawford, who became one of the first big supermodels in the world. She became a huge celebrity and an iconic model, doing everything from catwalks and commercials to fitness videos and TV specials.

At the same time as she looked amazing – and still does – Crawford wasn’t scared to speak out on more serious personal matters. She did several interviews about her middle-class childhood, parent’s divorce, and even tragedy on her brother’s passing from leukemia.

Cindy Crawford told younger people that you are beautiful just as you are. The small differences, beauty marks or things that stand out are the one thing that really makes us beautiful and unique.

And her daughter, Kaia Gerber, sure has taken her mother’s advice.

Cindy Crawford was born on February 20, 1966, in DeKalb, Illinois. Sure, she was very-good looking while growing up as well, but it was really her intellectual attributes that made her stand out.

Crawford was an amazing student, and was class valedictorian when graduating high school. She went to Northwestern University to pursue a degree in chemical engineering. However, during her freshmen year, she decided to drop out and pursue her modeling career instead.

Already at her first modeling agency meeting, Crawford was to be aware of the rules and many times very brainless ideals of the fashion industry.

Growing up, she had been insecure about a mole – or “beauty mark – above her lip.

So Cindy Crawford went to a modeling agency in Chicago, and straight away, the mole was discussed.

The agency said she should remove it, and Crawford recalled her mother saying, “ok, you can do that but you don’t know what the scar will look like. You know what your beauty mark looks like.”

Cindy Crawford decided to keep the mole. Already at this point in her very young modeling career, she went her own way. And we will always be thankful for her – and after her mother’s great advice – keeping it.

However, some people in the industry didn’t like it, and decided to try and cover it up.

“But it’s not flat, you can’t cover up my mole otherwise it looks like a gigantic pimple. Chicago seemed fine but when I worked in Japan, sometimes they would retouch it off, or my first British Vogue cover,” Cindy continued.

‘So when I did my first American Vogue cover with Richard Avedon and Polly Melon, I didn’t know if they would leave it on or not, and then they did and I think once it was on the cover of American Vogue then it wasn’t an issue anymore. If it was good enough for Vogue, it’s fine,” Cindy added.

Today, Cindy Crawford’s beauty mark is legendary. It became somewhat of her trademark, and it set her apart from all the other models. It made her unique, and most importantly human.

The fact that we aren’t perfect is one of the things that made Cindy Crawford an amazing role model as well. And now, she wants everyone to know that we are beautiful, just they way we are.

“I feel like for me, so many women have beauty marks and when they saw me on the cover of Vogue or in a magazine with my beauty mark it made them feel more comfortable about their own beauty marks,” she added in the Naomi Campbell interview.

“And it made them remember me. It became the thing that set me apart in a weird way. So often the thing that we see that sets us apart and we’re insecure about, it becomes the very thing that makes us stand out. And I think that was a big lesson for me.”

Cindy Crawford went on to have a very successful modeling career. She married actor Richard Gere in 1991, however the couple divorced four years later.

Today, 19-year old Kaia Gerber is heading the same way as her mother, towards becoming a very well-known and talented agent.

But the fact is that she started modeling already as a young girl. And today, Kaia looks exactly like her beloved mother. This is all you need to know about her!

Kaia Gerber was on screen already as a baby, as she and her brother Presley starred in a Pepsi commercial alongside their mother. As Cindy Crawford was driving a Lamborghini, they sat in the backseat.

It didn’t take long however, before Kaia Gerber became a model. She made her modeling debut at age 10 when she starred in Young Versace’s first ever campaign. And since, things have been going really well for her.

The fashion industry can be a very tough place to navigate and as a young kid, it’s good to get all the advice you can.

For Kaia, she received advice from her mother Cindy Crawford. And who could’ve been better?

However, according to Cindy, you can’t teach a person to become a model. Kaia Gerber has done it herself, and it all started when she was very young.

“When Kaia started to model, she jumped right into it, loved it, and immediately wanted to do everything,” Cindy Crawford told Vogue. “I was very protective at first, and I traveled with her to fashion month. But Kaia has her head on straight.”

Besides being a beautiful model, Kaia is, just as her mother, also a great student. In 2017, her father Rande Gerber posted a picture on Instagram with Kaia’s honor roll certificate from Malibu High School. And it sure is a very impressive accomplishment!

Model for Vogue at 13

Kaia went on to do more modeling work, shooting for Italian Vogue at age 13. Soon, Kaia was all over the place, doing work for brands such as Chanel, Marc Jacobs, Alexander Wang, and Karl Lagerfeldt. She’s also done several fashion shows around the world.

For the public – interested in fashion or not – she’s been very-well recognized for looking just like her beautiful mother.

“As a child I never thought I looked like my mom, I never really imagined it was something I could do,” Kaia Gerber told Vice. “My mom never pushed it on me. Then, as I started to get older, people began approaching me to start modeling and I was very skeptical.

“It’s hard enough growing up, as a woman, with all those changes you go through as a teenager… to do that in the public eye is really scary. You need to be really confident.”

Kaia Gerber has taken the fashion world by storm.

Being the daughter – or son for that matter – of a major Hollywood celebrity sure can be tough. If for example, an actor or actresses’ child is heading towards the industry, many people will have a perception of them being as good already from the start.

Challenges of being a celebrity child

Of course, this is not the case, even though we’ve seen plenty of celebrity children growing into stars.

For Kaia Gerber, this has of course also been the case. People have thought about her being “Cindy Crawford’s daughter” rather than an independent person.

“I’m very aware of the special circumstances I entered the industry under. I have so much respect for young women who come into fashion from less privileged positions: you know maybe they don’t speak English, maybe they’re sending money back home to support their families?,” Kaia explained.

“They have this pressure that I could never speak on. There are girls who I started with, who I’ve seen grow and get stronger, and I admire all of them so much.”

The Covid-19 pandemic forced millions of people into quarantine, without being able to work away from home or even seeing family and friends. For Kaia Gerber, this was also the case.

Instead of doing catwalks and shoots all over the world, she spent quarantine with her mother, father, and brother at her parent’s house in Malibu, California.

“We have a sort of compound with a garden, and a big lawn, and the beach that we could go to every day,” she said. “I’m not blind to the fact that we’ve been incredibly blessed.”

Kaia Gerber is a stunning beauty, and she looks just like her mother Cindy Crawford. We wish her and her family all the best in the future – and hopefully, we will see her modeling soon again.

What do you think of the fashion industry? Would you like to be a part of it or not? Give us your opinion in the comment section.