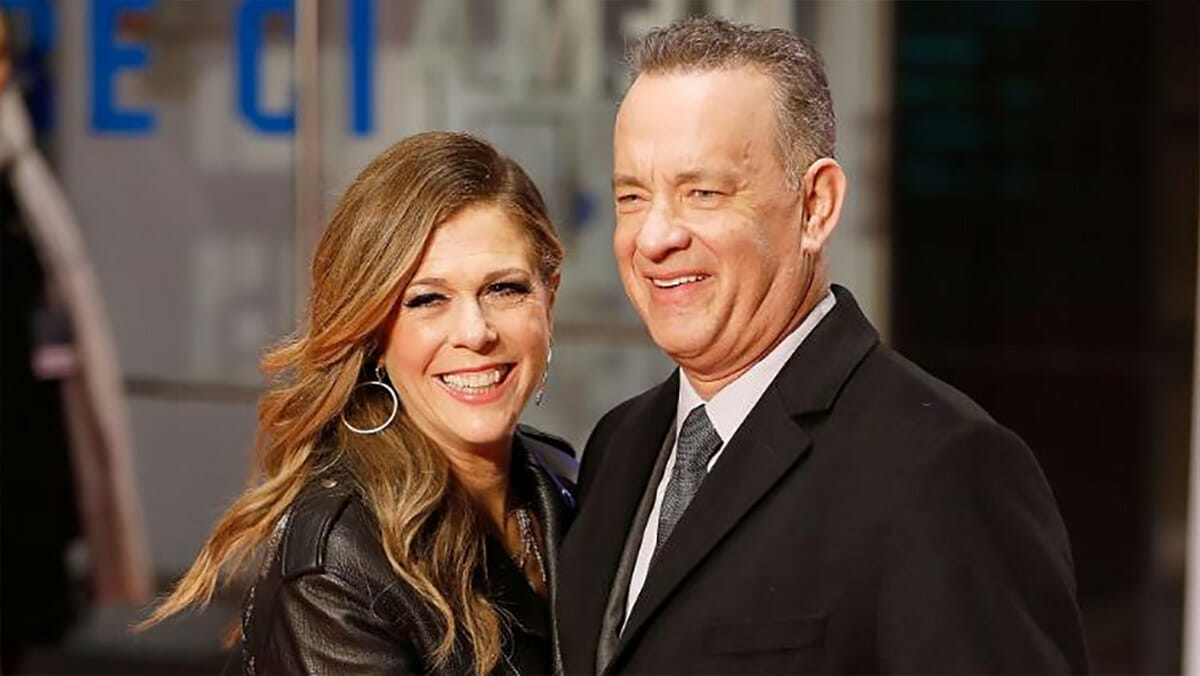 Tom Hanks was one of the first major celebrities to report that he had coronavirus.

He and his actress and singer wife Rita Wilson both tested positive for the virus while in Australia at the beginning of March and self-isolated until they recovered.

Now the Hollywood legend is urging people to wear masks and to those who choose not to, Hanks says: “Shame on you.”

Hanks is one of the world’s most famous COVID-19 survivors, after spending four days in hospital and then he and his wife quarantined in a house in Australia’s Gold Coast suffering ten days of “uncomfortable symptoms”.

He had traveled to Australia shortly before he was due to begin shooting Baz Luhrmann‘s Elvis Presley biopic.

Now the The Forrest Gump and Philadelphia Oscar-winner is urging people to wear masks, listing it as one of the three things we need to do to “get to tomorrow.”

During a press conference for his new movie Greyhound, Hanks said: “There’s really only three things we can do in order to get to tomorrow: Wear a mask, social distance, wash our hands,” he said, as per CNN.

“Those things are so simple, so easy, if anybody cannot find it in themselves to practice those three very basic things — I just think shame on you.”

His movie Greyhound is an American war drama film in which he stars in and also wrote the screenplay. It’s out July 10 on Apple TV+.

Hanks and Wilson recovered and returned to the U.S. ready to donate their plasma to help others. Now he’s urging all of us to help each other by following these three “basic” steps.

“If you’re driving a car, you don’t go too fast, you use your turn signal and you avoid hitting pedestrians. My Lord, it’s common sense,” he said, as per CNN.

The 63-year-old actor and his wife Rita were able to return to their Los Angeles home after spending two weeks in isolation.

Hanks isn’t the only celebrity urging people to wear a mask. Jennifer Anniston took to Instagram writing: “If you care about human life, please… just #wearadamnmask 😷 and encourage those around you to do the same ❤️”

Fellow actor Arnold Schwarzenegger didn’t opt for such a gentle approach to the issue saying: “Anyone making it a political issue is an absolute moron who can’t read.

“The science is unanimous – if we all wear masks, we slow down the spread and can reopen safely,” he tweeted. “It’s not a political issue.”

The U.S. continues to set new daily coronavirus case records with those diagnosed now standing at a staggering 2.78 million and 130,000 deaths as of July 2.

Please share if you also want to urge more people to mask up and protect themselves and those around them. It really is that simple.