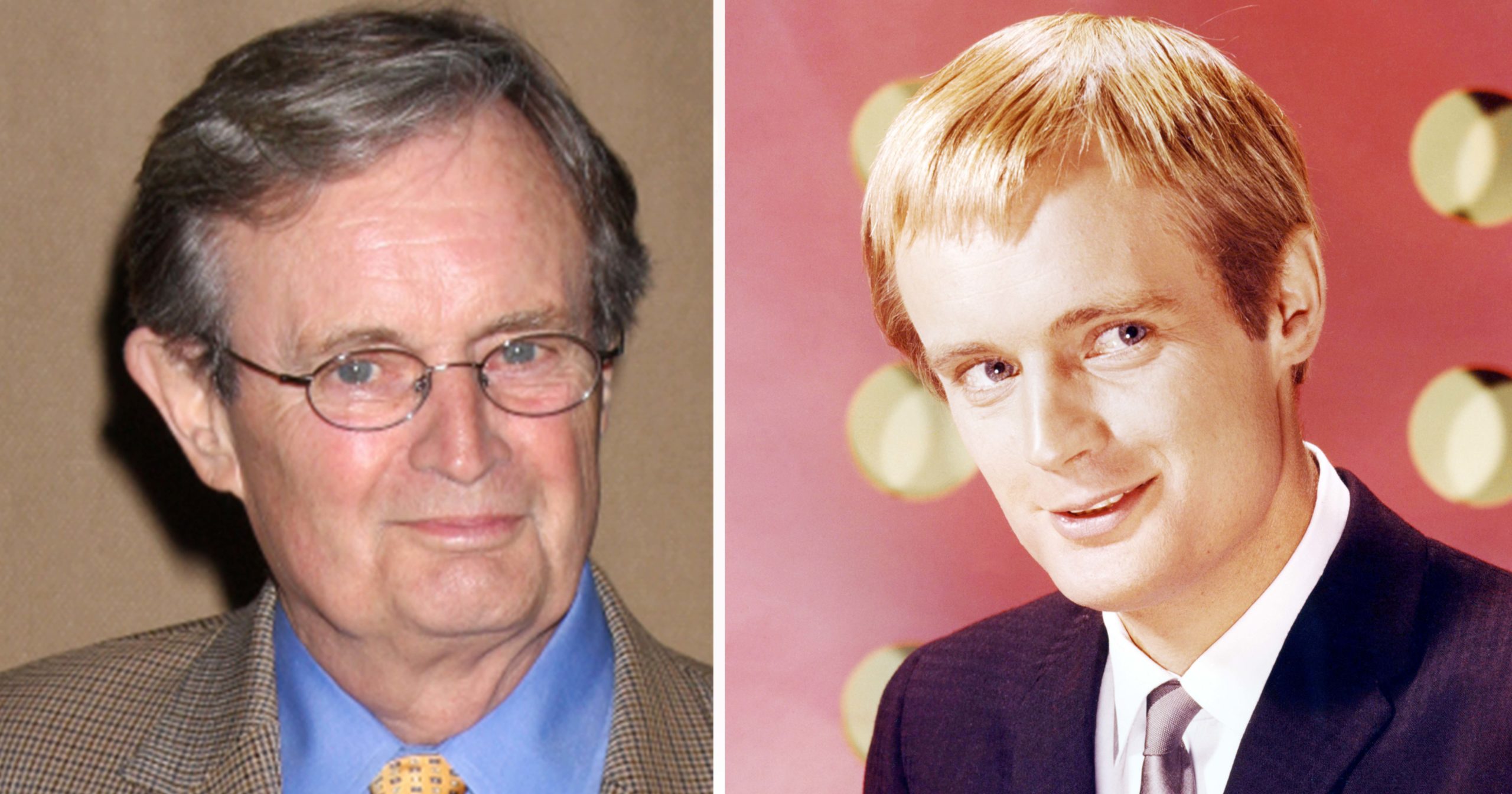 David McCallum is perhaps most famously known to younger audiences for his long-running role as Dr. Donald “Ducky” Mallard on the smash-hit show NCIS.

However, the fact is that David McCallum has been a feature in show business for more than seven decades, and has acted alongside some of the greatest entertainers of all time.

McCallum is a legendary actor, as well as writer and musician, but it’s fair to say the 88-year-old gone through some rough times, including the tragic, sudden passing of his son.

Here’s all you need to know about David McCallum – including how he was rescued from Central Park by mounted police after fans caused $25,000 worth of damage to a Macy’s department store.

David McCallum was born on September 19, 1933, in Glasgow, Scotland. His parents were musicians – his father, David Sr., worked as an orchestral violinist for the London Philharmonic Orchestra, his mother, Dorothy, as a cellist.

One could say it was written in the stars that David would eventually head into the same career as his parents. This transition started when, as a young child, he started playing the oboe.

“Here am I six or seven years old, and [my father’s] choosing my profession,” McCallum said.

However, music wasn’t the thing that grabbed McCallum’s interest, acting was. It was in that calling that he found his true passion.

“I played The Little Prince in Shakespeare’s King John, at one of those local things where people do skits and songs. Mine was the little prince having his eyes put out by this terrible man, and I acted it, evidently, very well, because I got a standing ovation. I wasn’t more than eight,” he recalled.

“And I said: ‘Hey, hey, hey, this is kinda cool!’ I don’t know if I consciously thought it, but I had found the place I wanted to be: on a stage, with the lights and make-up and the people. I’m exactly the same to this day; the feeling has never left.”

In 1946, he joined the Actors’ Equity and began working for BBC Radio. Then, several years later, in repertory theater. There, McCallum starred in several productions, such as Julius Ceasar and Amadeus. In 1961, he decided to try and make it for real. That meant moving to America – where he had just landed his first significant television role.

McCallum was cast as Illya Kuryakin in the television hit show The Man From U.N.C.L.E, and success came fast. He was nominated for two Emmy Awards for his performance.

The Man From U.N.C.L.E ended up being a huge hit, and David McCallum stayed on the show for four years and a total of 105 episodes.

Over the years, the show had many big celebrities appearing as guest stars, including Joan Collins, Kurt Russell, Sonny and Cher, and Joan Crawford. For McCallum, this was always a special bonus. He revealed in 2010 that he was starstruck every time.

“Just to meet all those people back then was a thrill,” McCallum told The Scotsman. [I was starstruck by] all of them.”

He added: “You know, I grew up going to the local Odeon. If my father went, we sat in the two and sixpence upstairs. Otherwise, it was the one and three downstairs. I grew up watching all these wonderful old black-and-white movies.

“And then I went to Hollywood to test for The Greatest Story Ever Told, with George Stevens, and met Pat Boone and Roddy McDowall and John Wayne – suddenly you’re in among them all. That little boy that went to the Odeon never left me, so it’s constantly fascinating.”

David might have been starstruck when he met the guest stars on The Man From U.N.C.L.E, but by the time the series reached the pinnacle of its success, the Scottish actor had turned into a major star in his own right.

According to an interview with Press & Journal, David received more fan mail than anyone else in Metro-Goldwyn-Mayer’s history, including superstars such as Elvis Presley. Once, he visited the White House, and while being escorted to meet the President, a Secret Service agent told him: “You’re the reason I got this job.”

And fan mail wasn’t the only attention that McCallum received; vast numbers of fans were desperate to meet him in the street. Things got so crazy that he even had to be rescued on one occasion.

“I was rescued from Central Park by mounted police on one occasion,” he recalled. “When I went to Macy’s department store, the fans caused $25,000 worth of damage, and they had to close Herald Square to get me out of there.”

“That is pretty classic, but you just have to deal with it, he added. “And then whoever was next came along, and you get dropped overnight, which is a relief.”

David went on to star in many classics, including The Great Escape alongside James Gardner and Steve McQueen, Bully Budd, and A Night to Remember.

His television career includes credits such as Law & Order and Sex and the City, as well as VR5 and Sapphire and Steel. As we’ve already detailed, McCallum was a trained musician, and during the 1960s he was given the opportunity to expand on his already successful career.

In the mid-1960s, McCallum landed a record deal, releasing four albums with Capitol Records. He worked with composer and producer David Axelrod, recording his own songs and interpretations of many famous hits, including I Can’t Get No Satisfaction, Louie Louie, and Downtown.

Some of McCallum’s songs became huge years later. His most famous song, The Edge, was even sampled by rap artist Dr. Dre as the intro and riff for his track The Next Episode.

“I always knew that I could turn to music if I failed as an actor,” he said.

Of course, McCallum didn’t fail at all. Instead, the 5’7 actor became what some would describe as the film industry’s answer to Beatlemania in the US.

As he grew into his fame, McCallum also became a family man. He was married to his first wife, Jill Ireland, between 1957 and 1967. Then, the same year the pair divorced, McCallum remarried. He and his wife Katherine Carpenter – an interior designer and former model – have now been married for 54 years.

That said, the couple perhaps doesn’t get to spend as much time together as they might wish. Katherine’s base is in New York, while McCallum films NCIS in Los Angeles.

“We’ve spent ten months of the year apart for the last 13 years. She is part of the oldest interior design firm in the US and works out of New York,” he told the Belfast Telegraph in 2016.

“We keep in constant touch, and there are all these vacations in America, like Thanksgiving, when we are together. And the cellphones.”

The tragic passing of son, Jason

Both Val and Sophie are from his first marriage to British film and television actress Jill Ireland, whom he was married to for ten years between 1957 and 1967.

David also had a fifth child, Jason McCallum, who tragically passed away aged just 27 in November 1989.

“You never come to terms with the death of a child,” McCallum said. “The pain is very real, but it’s like an ache that turns into anger.

“At the same time, there’s a frustration that you couldn’t really have done anything about it, which makes it even worse. In the final analysis, he had the life he had. You just have to accept it.”

David McCallum’s four children, Sophie, Val, Paul, and Peter all are living their best lives. In fact, not only is David a father – but also a grandfather. And some of his grandchildren are the spitting image of him.

Speaking to the Mirror, David McCallum revealed that his second son, Val, also went into show business. He is based in Los Angeles, where he’s working as a studio musician. Also, he’s the lead guitarist to artist Jackson Browne.

Paul McCallum is working as a photographer, Sophia used to work in real estate, while Peter is an advertising executive.

Between them, they have given David many grandchildren.

Through their social media accounts, David McCallum’s children often post pictures of their father. And it is truly amazing how they look exactly the same through three generations!

David McCallum is a real family man. And in fact, he doesn’t feel as old as he is.

“They call me grand-daddy, thee 88-year-old said in 2016. “We don’t like grandpa, because it sounds old – and I’m not old. And some of them have the cheek to call me grand-ducky.”

How he got the role in ‘NCIS’

McCallum was a massive star and a fan favorite throughout the 1960s. Today, though, he’s garnered a new younger crowd thanks to his performances on NCIS. In 2003, he appeared on the hit show for the first time as Ducky – and he never left.

“I was working with Jim Dale on (New York’s) Park Avenue back in 2002 when I got a call from my agent asking me if I was interested in auditioning for the role of a lecherous doctor in a new medical drama,” McCallum recalled.

The same day, McCallum found out that he had nailed the audition. So he got the part, and the rest is history. To date, McCallum has starred as Ducky in 423 episodes of the show. A by-product is that his fanbase has once again grown to monolithic proportions.

Speaking with Press and Journal, McCallum stated that he was somewhat surprised when he came back into the spotlight due to his work on NCIS.

“NCIS has been a phenomenon, it has attracted huge audiences all over the world, and I’m now hearing from people who have watched me in programs from the 60s and 70s after first noticing me in NCIS,” he said.

“In the old days, we used to get fan mail, but nowadays, it’s all Facebook and Twitter, and the impact of these things is remarkable. My publisher in America organized a book signing, and more than 30,000 people read it on Facebook.”

Not only did McCallum become a great actor and a music artist, but the 88-year-old is also a writer. He released his first novel, Once a Crooked Man, in 2016. According to Celebrity Net Worth, he has a net worth of $15 million.

David has worked with Mark Harmon, Sean Murray, and Pauley Perrette through his NCIS stint. But the times are changing, apparently: Harmon has been confirmed to be leaving the show after 18 years.

According to reports, when Harmon met David McCallum for the first time, it was he who was starstruck. The two appeared on a 2003 episode of JAG together. Harmon was excited to meet McCallum – saying that he couldn’t believe he was shaking the famous hand of Illya Kuryakin, McCallum’s character in Man from U.N.C.L.E.

“I can’t imagine I’m shaking the hand of Illya Kuryakin.” executive producer Steven D. Binder recalled Harmon saying. For his part, McCallum had a hilarious reaction: “Good God, man, that was 40 years ago!'”

David McCallum has been a star his whole career. But even though he’s now a titan in the world of celebrities, the Scottish actor has always kept his feet on the ground and formed a wonderful family and legacy.

Please, share this article with friends and family to honor David McCallum!