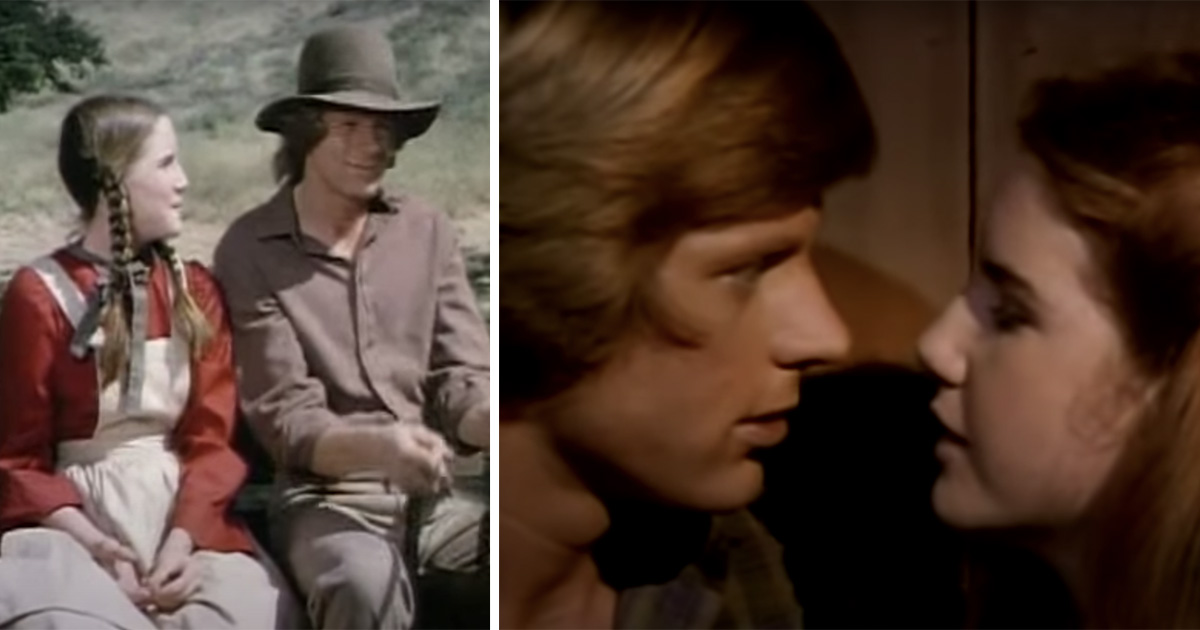 Little House on the Prairie is one of the most iconic, emotional and wonderful series ever made. Michael Landon and the rest of the crew became legendary actors through of their performances, even if some of the characters have been a little bit forgotten over time.

One of those characters is undoubtedly Almanzo Wilder, the wife of Laura Ingalls, played by actor Dean Butler. What did he do after Little House? And did Michael Landon actually replace him in his ever first scene? This is the story of Butler, and some of his greatest memories from being on the show.

Today, there are hundreds of television shows to choose from. Sometimes, it can be difficult to know what you want to see, but in the end, I will always have one favorite.

Little House on the Prairie

Little House on the Prairie sure is a legendary show, still being aired in over 100 countries. Actually, the show has never been completely off the air since it premiered in 1974. The historical western drama – about the Ingalls family living on a farm in Plum Creek near Walnut Grove, Minnesota – saw some of the actors become household names through their appearance.

Michael Landon is the one most people probably think about, but sadly, he passed away in 1991.

Among the other actors, Melissa Gilbert and Karen Grassel both became icons after Little House. It’s hard to choose a favorite among so many great performances.

Some of the cast came into the show in later seasons, one of whom was Dean Butler, who starred as Laura Ingalls’ husband, Almanzo Wilder. He appeared for the first time in the first episode of season six. With the show oftentimes narrated by Laura, he also became a key figure for its remainder.

Dean was still in college when he got the part, but the following years became truly special for him. He worked with many talented actors, among them Michael Landon, who was co-actor and director.

But where did he come from? And what did he do after Little House? Well, the truth is that he kept the Little House on the Prairie legacy alive in many different ways. And we can’t thank him enough for doing so.

This is the story of Dean Butler.

Dean Butler wasn’t the only actor that wanted to be on Little House on the Prairie, since the show was such a big success. However, it became clear for him just how big the production was, and what it could mean for his future, when he was cast in the role of Almanzo Wilder.

Dean Butler was born on May 20, 1956 in Prince-George, British Columbia, Canada. At an early age, his family moved to Northern California, and as a teenager, acting was his passion.

He went on to major in communication arts at the University of the Pacific in Stockton, California, and got his first acting job as an extra in The Streets of San Francisco. While studying, he accepted parts in several commercials, as well as landing his first major film role in the adaptation of the novel Forever in 1978.

That year would surely be known as one of the most special years of Dean Butler’s life. He decided to audition for the role of Almanzo Wilder on Little House on the Prairie, and right from the beginning felt that there was something special about the whole situation.

He flew down to Los Angeles for the casting, later getting a call back. The stack of photos concerning people being considered for the role grew smaller and smaller. By the third time he went, there were only four pictures left, and Butler’s photo was one of them.

Now, it’s fair to say castings might not be the most intriguing thing for an actor.

But when Butler went down a third time to audition for the role of Almanzo, he was going to read for Michael Landon, who was also directing the show.

“I remember reading for Michael and he watched me read, put his hand up like this [like watching through a binocular] and he looked at me through his hands,” Butler recalled. “It was a thrill to see that, what of a terrific director he was, what a star he was. He walked in the room with the boots, the jeans, the whole thing.”

Dean Butler made a great impression on Michael Landon. And it wasn’t long before he got the job.

“At the end of the reading, he said, ‘what are you doing in May?’,” Butler explained.

Dean had landed the dream role of his life. He stayed in Stockton for his final exams and graduation. Then, the following Monday, he started working on Little House.

“I was really a dream sequence time for me, it was wonderful,” Dean said.

As with any college kid interested in sports at the time, Butler didn’t really watch anything other than Monday Night Football on TV. He hadn’t watched or read anything related to Little House, but everyone he spoke with said it was a wonderful show.

When he got the part, he started reading the books and watched the show. After that, he didn’t miss one single episode.

“As Michael presented it, Little House was told through the eyes of a young girl, the books as well as the series,” Butler explained.

“There was something idyllic about it, simple and beautiful. Little House made life beautiful and warm, it was sweet and touching. It had a dream quality that the audience responded beautifully to.”

Just days following his college graduation, Dean made his way to the film set that was Little House. As with any job, the first day can always be somewhat difficult and daunting.

In Butler’s first scene, he was supposed to drive a horse wagon 200-yards down a hill. He had never done it before, and when Michael screamed “action”, things didn’t really work out.

The breeze picked up his hat, with Butler instinctually dropping the reins to reach for it. At the same time, the horses, no longer under control, flew off the road and charged towards an oak tree.

People in the production were screaming, but luckily, a crew member managed to reach the horses before they hit the tree.

His first day on Little House could’ve gone better, with Michael Landon deciding to do the scene instead.

“Michael came up to me, chewing on a cigarette, and said ’well, I think I have to double, you know’,” Butler recalled Landon saying. “‘I can double you but not replace the horses on the show’. That was my first taste of being with Michael, but it was great fun.”

So, Dean Butler got his big breakthrough role, starring in Little House on the Prairie alongside some of the best actors around. It was a lot of hard work, but thanks to Landon, there wasn’t as much overtime as you’d expect. Landon was a real family man – as his son has revealed – and made sure that the crew would be home having dinner with their families each night.

When Dean started working on the show, Melissa Gilbert, who played Laura Ingalls, was only a child. In the beginning, many fans wrote mails in disgust over the fact that Butler’s character, Almanzo Wilder, was in love with her, since she was so young.

As the series progressed, though, she grew into a woman, and there was one specific scene that became truly special. In the 22nd episode of season six, the two kissed for the first time.

“Melissa’s mother Barbara was watching, crying uncontrollably as the kiss was getting ready to happen,” Butler recalled. “Michael Landon and his crew had to stop the tape several times because of Barbara sobbing of camera.”

Michael told him that they had to do it right. But at the same time, Dean Butler felt as “the wolf in the night”, stealing Melissa away. When the kiss finally happened, there was a sense of relief from the crew. Pictures were snapped as the kiss was restaged several times. In 2006, Dean actually won a TV Land Award for “Most Memorable Kiss”.

Almanzo Wilder became a very popular character, with Dean Butler staying on the show for a total of 65 episodes. So what did he do when Little House on the Prairie was over?

Well, he made sure to keep the legacy of the show alive.

Butler continued his work in television, starring in several shows, including The Love Boat, She Wrote and Murder. He also directed a couple of films and acted on broadway.

Later on, Dean started his own production company, Legacy Documentaries, where he decided to produce bonus content for the Little House DVD’s.

He also did two original documentaries linked to the show, Almanzo Wilder: Life Before Laura, as well as Little House on the Prairie: The Legacy of Laura Ingalls Wilder.

“The series has meant a huge amount to me in my life, and so to get a chance to support it, nurture it, for audiences to find it in a new way, is really an incredible experience for me. I wouldn’t trade it.”

Aside from having the pleasure of working with Michael Landon, Butler can also thank him for meeting his love of his life.

Little House on the Prairie – reboot?

During an audition for Michael Landon’s series Father Murphy, he met actress Katherine Cannon, famous for playing Felice Martin on the television series Beverly Hills 90210. The couple fell in love and tied knot in 2001.

We live in an era of television series reboots, but it’s been very quiet regarding Little House on the Prairie. The iconic series has been remastered into high-definition. But would it work at this day and age, where we might have different values in society? According to Dean Butler, nothing has to be changed for it to remain a great show.

“The fact that it’s been so beloved for so long, and it’s never gone off the air since 1974 – it has been on the air somewhere around the world constantly – I think that says to a lot of people this was done really well and why mess around with it,” Butler said.

“The show is more beautiful now than it was when it was new. Why mess around with it? Why change it, why do it again? I’m sure it’ll happen, and we’ll all be watching closely to see how they do.”

Dean Butler was a magnificent actor on Little House on the Prairie, portraying Almanzo Wilder. Still to this day, I love watching the show, and I’ll never grow tired of it.