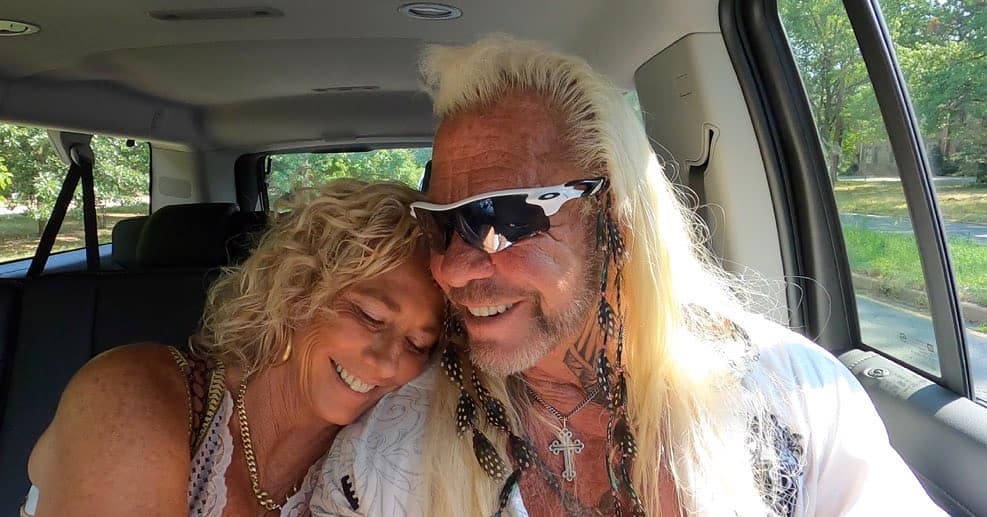 Last summer fans around the world mourned the death of Beth Chapman, TV star and wife of Duane “Dog the Bounty Hunter” Chapman, who passed away following a battle with cancer at the age of 51.

Her death was a heartbreaking blow to the whole family, especially Dog, who has said he considered suicide after her death and hoped he “didn’t live very much longer without her.”

But despite the heartbreak, life has gone on—and he’s even found new love with someone who has helped him cope with the loss of his wife of 13 years.

Duane is now engaged to his new love, Francie Frane—and the couple recently opened up about their relationship in an emotional interview with ET.

Like Duane, Francie had just recently lost her own husband, Bob, when the two had a chance encounter over the phone. While she wasn’t familiar with his reality show, the two hit it off.

She told ET that Duane asked her out and she agreed on one condition: that he go to church with her, which he happily agreed to.

Together, the two formed a strong bond — one built on mutual support and shared heartbreak.

“We understood the pain that the other one was feeling and (in) those tough days and moments, we helped each other stand up,” Francie said.

“We could cry with each other and talk about what we were feeling. We were able to walk alongside each other through the pain and heartbreak and it brought us together in this amazing way.”

Together they honored the memories of their late spouses on the anniversary of their deaths.

Duane once said he would never remarry after Beth, but after getting to know Francie, he feels that Beth sent her to be with him.

“I say all the time, ‘Beth, I’m glad you provided me with Francie because that wasn’t on my list,’” he told ET.

And while Duane was not handling his wife’s death in a healthy way—Francie described his condition as “dying from a broken heart”—he’s now doing well thanks to his new relationship. Francie has gotten him to quit smoking and eat better: he has now lost 30 pounds, and has been continuing to work on projects.

We wish Dog the Bounty Hunter the best with his new fiancee! Share this story!