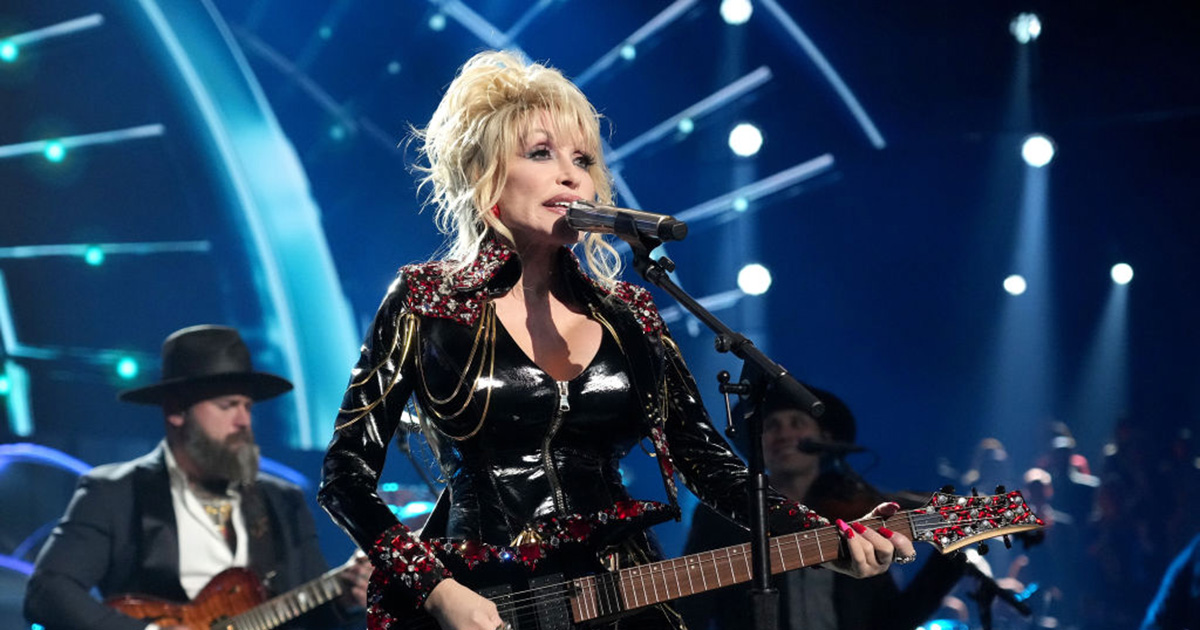 The Rock and Roll Hall of Fame has officially inducted one of their most beloved, unexpected and buzzed-about new inductees: Dolly Parton, the country icon behind songs like “9 to 5” and “Jolene,” was inducted Saturday in a star-studded ceremony.

While Parton initially declined the nomination earlier this year, arguing that she hadn’t “earned that right” because she wasn’t a rock musician, she was ultimately voted in by fans and accepted the honor.

Dolly Parton inducted to Rock and Roll Hall of Fame

Along with this year’s other inductees — an eclectic class that includes Duran Duran, Lionel Richie and Eminem, among others — were honored in a ceremony at the Microsoft Theater in Los Angeles, in which other musicians sung their praises and helped perform some of their classic tunes.

Parton, the final inductee of the evening, was introduced by pop megastar P!nk, who said that Parton was “one of the greatest songwriters of our time” who “can make you feel like God is listening and that help is right around the corner,” as quoted by the Los Angeles Times.

While Parton has humbly accepted her nomination, she’s still adamant that she has to make a rock record to truly be worth of the Rock Hall, and restated her intentions to make one with some celebrity guests.

“If I’m gonna be in the Rock & Roll Hall of Fame, I‘m gonna have to earn in it,” she said, adding that she was influenced by early rockers like Elvis Presley and the late Jerry Lee Lewis. “I’ve been rockin’, rockin’, rockin’ since the day I was born,” she sang, “I’ll be rockin’ till the cows come home.”

And it wouldn’t be a Rock and Roll Hall of Fame induction without some classic tunes, and Dolly got plenty of assistance from some of music’s biggest stars.

“We got a star-studded stage up here,” Parton said, per AP. “I feel like a hillbilly in the city.”

When the nominees were announced for this year’s Rock and Roll Hall of Fame inductee class, Dolly Parton was one of the most buzzed-about names.

But Parton soon made headlines by declining the nomination, writing in a social media post that she was ““extremely flattered and grateful to be nominated for the Rock & Roll Hall of Fame” but did not think she had “earned the right to be inducted yet.”

“I really do not want votes to be split because of me, so I must respectfully bow out,” Parton wrote. “I do hope that the Rock & Roll Hall of Fame will understand and be willing to consider me again – if I’m ever worthy.”

While Parton believed she wasn’t worthy because she wasn’t a “rock” musician, the Rock Hall has inducted many influential artists in all genres, including country musicians like Hank Williams and Johnny Cash. (And Parton’s fellow inductees this year include rapper Eminem and singer Lionel Richie, neither of whom would be typically considered “rock and roll.”)

Ultimately, the Rock and Roll Hall of Fame kept Parton on the ballot, and unsurprisingly fans voted her in.

Still, Parton is determined to prove herself “worthy” of induction by recording a new rock and roll album.

“I had always wanted to do it,” she said in an interview with Pollstar. “My husband is a big hard rock ’n’ roll fan, and for years I thought, ‘One of these days I’d like to do an album mainly just for him, just to kind of do it.’ When I got nominated, I thought, ‘Why not just go ahead and do it while the iron’s hot?  Maybe have some of the greats, the legends of rock ‘n’ roll sing along with me.’”

Among her ambitious plans for her new album: reuniting Led Zeppelin members Robert Plant and Jimmy Page to collaborate on a new recording of “Stairway to Heaven.”

While Parton, 76, recently announced plans to stop touring to spend more time with her husband, it’s clear that she’s not slowing down any time soon and is still eager to expand her horizons.

You can watch the induction ceremony on November 19, when it will be televised on HBO and HBO Max.

Congrats to Dolly Parton and all the inductees on this great honor! We can’t wait to see Dolly keep on rocking!

Please share this story if you love Dolly Parton!