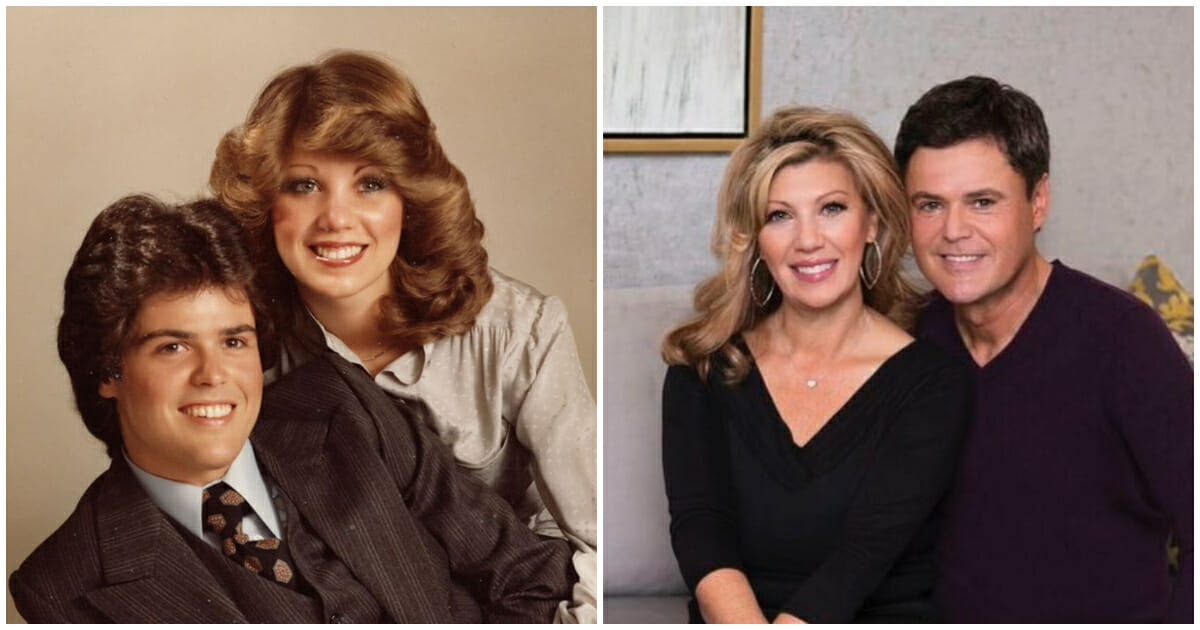 For a generation of women, there was no pop star like Donny Osmond. As one of the biggest teen idols of the ’70s, Osmond made girls swoon with hits like “Go Away Little Girl” and “Puppy Love.”

But his heart belongs to just one woman: his wife Debbie, who he’s been married to since 1978.

Hollywood couples come and go and celebrities often go through several marriages, these two have been going strong for decades.

And recently, the two celebrated their 42nd wedding anniversary on May 8.

While the celebration was limited by coronavirus social distancing, Donny still found a way to show Debbie his love.

He made a heartwarming Instagram post, showing some photos of the two over the years. “The greatest silver lining of a stay-at-home order is the chance to spend quality time at home with my sweetheart,” Donny wrote.

“I love Debbie more with every passing day.” He also said he was writing a new song about her, which will appear on an upcoming new album—what more could you ask for for an anniversary gift?

Donny & Debbie have five sons and ten grandchildren together. For Mother’s Day on Sunday, Donny wrote another post honoring his wife, along with his own mother and the mothers of his grandchildren:

“Something I’ve noticed over the years is Debbie’s unique relationship with time,” Donny wrote on his wife’s birthday in February.

“Time seems to rob many of us of our youthful glow, good looks, and intelligence. Yet somehow, time makes Debbie even more stunningly radiant, intelligent and beautiful with every passing year.”

While Donny is long past his teen idol days, he’s still going strong as a performer. He was the runner-up contestant on the first season of The Masked Singer, and also appeared on Dancing with the Stars.

He and his sister Marie also had a successful residency in Las Vegas, which ran for 11 years and wrapped up last November.

It’s definitely not just “Puppy Love,” these two are still going strong after decades of marriage. Share this heartwarming story!