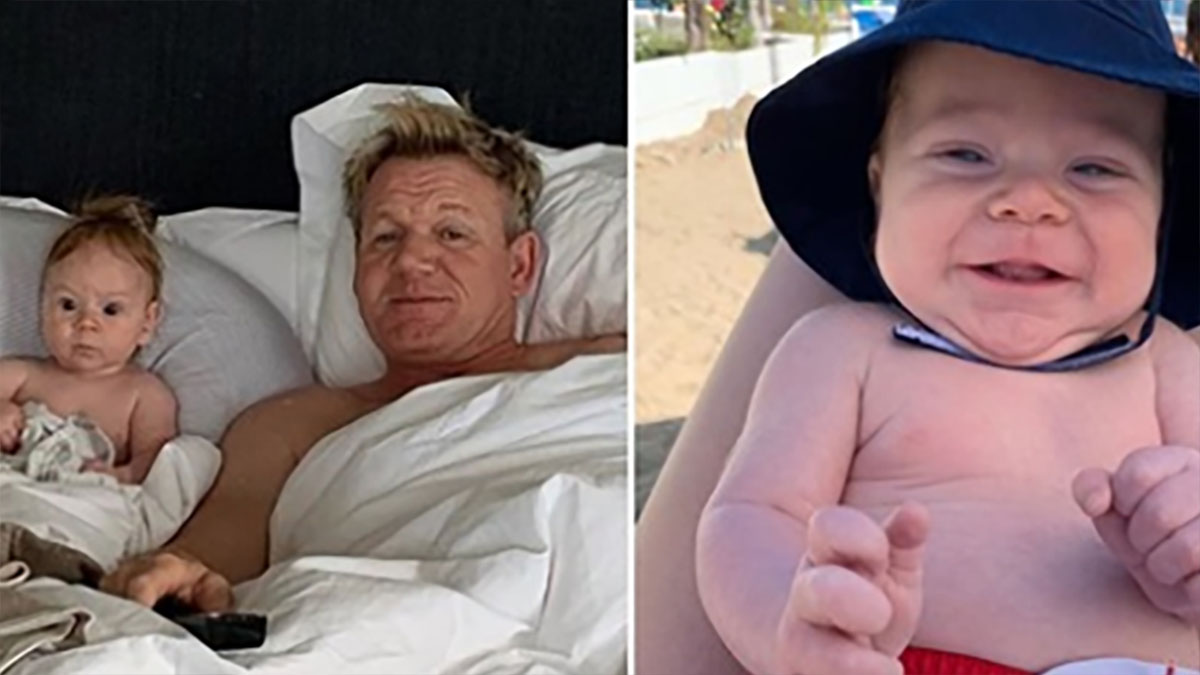 Fans couldn’t have been happier when Gordon Ramsay’s wife confirmed she was pregnant with their fifth child.

The news came after the family experienced a tragedy in 2016. Celebrity chef Ramsay announced the news that his wife had miscarried their son at 5 months in a statement he released on Facebook.

Gordon wrote: “Hi guys, Tana and I want to thank you so much for your support over the past couple of weeks.

“We had a devastating weekend as Tana has sadly miscarried our son at five months.

“We’re together healing as a family, but we want to thank everyone again for all your amazing support and well wishes.”

Thankfully the family of six announced that they were expecting a new addition and they welcomed their fifth child baby boy Oscar in April 2019.

Now thanks to big sister Tilly, a celebrity cook in her own right, baby brother Oscar has his own Instagram account which has 274,000 followers.

Fans delighted in an image posted of baby Oscar in bed with his dad captioned ‘Monday mornings with dad’ with many commenting how much he looks like his dad.

The then four-month-old had the same expression his dad has when someone doesn’t get the risotto quite right.

One fan wrote: “He already looks like Gordon Ramsey 😀 So cute!!”

Jack also bears a striking resemblance to his father, especially when his hair, which has since been shaved, was worn in Ramsay’s trademark spikey style.

His son isn’t following in his father’s culinary footsteps and has joined the Royal Marines, he started his basic training last year.

In 2016 Gordon revealed his son already had an interest in defending his country.

“He is obsessed with Bear Grylls and the Marines, and going in and becoming an officer,” Gordon said as per Heart.

“It is respect I think. Life is tough and you have got no idea what it will throw at you. Your mind needs to be set and focused.”

He continued: “There is something unique about a defense for your country. That is a real job.”

Meanwhile before the family went into self-isolation amid the pandemic his youngest son seemed to go everywhere with the celebrity chef and his Instagram account is full of pictures of his mini-me sidekick.

Despite their wealth Gordon admits he’s been strict with his kids and wants them to understand the value of money. He’s said he won’t be leaving his fortune to his kids preferring them to earn their own money.

Jack even spent time living on the council estate, or projects where Gordon grew up in Oxfordshire to appreciate the privilege he has enjoyed growing up.

I could look at pictures of this gorgeous baby boy all day, he’s so lucky to have these loving older siblings around him.

Please share with all the foodie fans you know today.