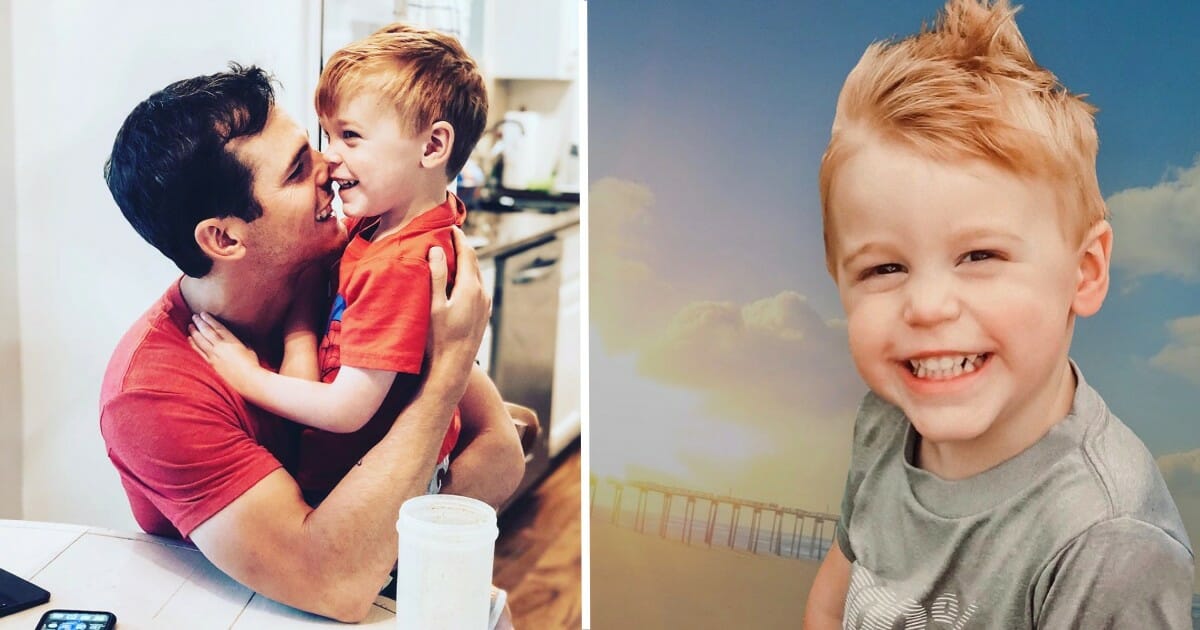 Now, Granger and his wife, Amber are sharing an update with fans on how their family is coping with their loss and new details surrounding the 3-year-old’s untimely death.

Granger said he is on a journey to find “meaning” rather than “answers” following River’s death.

“I’ve guarded my heart and my mind during weak moments and graciously accepted all of the encouragement and empathy from so many,” he wrote in an Instagram post. “I have realized that I will not slave over a search for answers, but instead for meaning.”

We’ve been on quite the journey these past few weeks. I’ve been dark on social media, but I still have a full understanding of the responsibility placed upon me as a public figure. I can choose to snuff that influence, or instead use my platform (in relevancy big or small) towards what I believe is right. I believe I’m obligated on certain levels to include you guys in my current journey, as I’ve been involved either personally or musically in yours. – The finality and mortality brought on by death makes life feel fragile. It can weaken, terrify and separate those close to it. But it can also awaken us. It can remind us never to take a moment with those we love for granted. – In my house, we have united stronger and closer than we’ve ever been. We’ve cried. We’ve smiled. I’ve held my family tight. I’ve found strength from God and used that in the face of adversity so that my wife and children can rely on me. I’ve guarded my heart and my mind during weak moments and graciously accepted all of the encouragement and empathy from so many. I have realized that I will not slave over a search for answers, but instead for meaning. I will focus and then cultivate the light from a dark place, the good from the bad, God’s will from my own plans. I can rest assured knowing that River’s assignment on earth was always intended for 1116 days and not only did he live it to the fullest, but he lived it loved by so many, including a mother, father, sister and brother who held nothing back and have no regrets on how much he felt that love. We should all be so blessed to be able to live like Riv. – Amber and I want you to hear it from us and not just read it, so we made this little video for you to watch. (Link in bio)Thank you for all the love, prayers and support. We feel it!

In Granger’s first Instagram post since June 6th, the country singer reflected on the thoughts and feelings he’s experienced since his son tragically passed away.

“I can rest assured knowing that River’s assignment on earth was always intended for 1116 days and not only did he live it to the fullest, but he lived it loved by so many, including a mother, father, sister and brother who held nothing back and have no regrets on how much he felt that love.”

I have to deliver unthinkable news. We’ve lost our youngest son, River Kelly Smith. Following a tragic accident, and despite doctor’s best efforts, he was unable to be revived. Amber and I made the decision to say our last goodbyes and donate his organs so that other children will be given a second chance at life. Our family is devastated and heartbroken, but we take solace in knowing he is with his Heavenly Father. Riv was special. Everyone that met him knew that immediately. The joy he brought to our lives cannot be expressed and his light will be forever in our hearts. If there are words to say more, I cannot find them in this moment. Love the ones close to you. There has never been a more difficult moment for us than this. . . In lieu of flowers or gifts, please send donations to Dell Children’s Medical Center in River’s name. The doctors, nurses and staff have been incredible.

He also shared a video, where he and his wife thanked those who have helped them through their grief. They also revealed details surrounding their son’s death.

This sums it up. Me chillin. And then her with 3 monkeys climbing all over her. She does it day in and day out with that love for them that only a mother can understand, but she also does it out of a love for me because she knows that so many times my work takes me away from home. How can I ever repay her for that?! I have a lifetime to try. She’s the half that makes me whole. Happy Mother’s Day @amberemilysmith!

“Somewhere between 30 seconds and three minutes, we don’t know, Amber and I are inside our pool gate doing CPR on our son.”

The couple went on to explain how even though River was only three years old, they don’t believe he was taken too soon.

“I don’t think God takes anyone too soon. I believe he was put on this earth for the exact amount of time.”

You can watch the Smiths’ entire video clip below:

The grieving couple announced fans have raised over $150,000 through the sale of a t-shirt in honor of River. The money raised will be donated to Dell Children’s Medical Center, the hospital where River received care before he passed away.

If you would like to purchase a shirt you can go here.

My heart breaks for the Smiths.

I am glad they are finding comfort in their tragic loss. I am also glad that so much money has been raised to be donated to the children’s hospital that took care of River before he passed away.

Let’s continue to pray for the Smith family and remember their little boy.