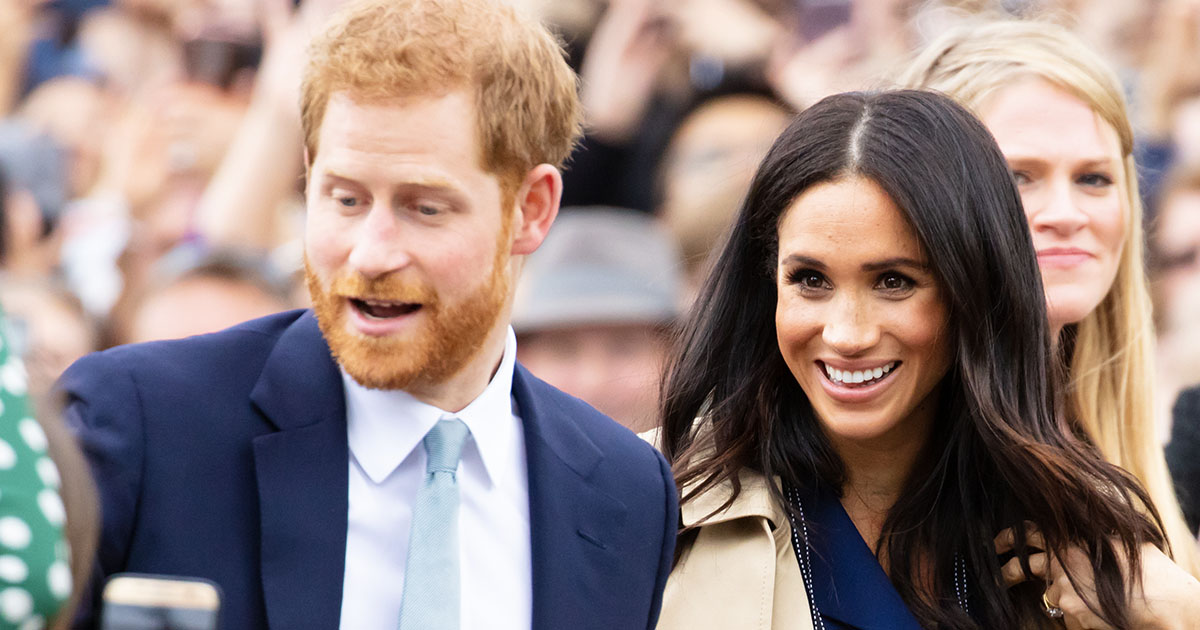 Harry and Meghan Markle sure have had a very special year. The joy of welcoming their beloved daughter, Lilibet, has been big, but at the same time, tension surrounding the Royal family has taken its toll.

Reuniting with his brother William for the unveiling of Diana’s statue was a big step for Harry, and now he’s back in the US with his lovely family.

Before the couple moved to the US, leaving their senior roles within the Royal Family, Meghan Markle and Harry lived at Frogmore Cottage, located on the grounds of Windsor Castle. And now, new details of how much money they have spent – and still are spending – on their former house come to light.

Ever since leaving the Royal Family in 2019, the focus has been mainly on Meghan Markle and Harry.

Harry and Meghan – life in the US

The couple decided to live a whole different life from the classy Royal lifestyle, and instead, relocated to the US.

Now, the family of four is living a calm life in Montecito, California. But even though Harry and Meghan now have settled, having two lovely children, things have still been a roller coaster over the past year.

It all started with the shocking Oprah Winfrey interview, in which Harry and Meghan openly claimed racism within The Firm. Also, Meghan Markle spoke out about her mental health during this time, saying that Buckingham Palace didn’t do anything in order to help her.

“I share this because there’s so many people who are afraid to voice that they need help,” Meghan Markle said. “And I know personally how hard it is to—not just hard it is but when your voice is silenced, to be told no. This was emails, begging for help, saying very specifically I am concerned for my mental welfare. Nothing was ever done. So we had to find a solution.”

When Meghan Markle joined the family while dating Prince Harry, she quickly became accustomed to the truth. According to her, she was not only subjected to horrific treatment from the British tabloid press, but also from members of her new Royal Family.

“I would sit up at night, and I was just like, ‘I don’t understand how all of this is being churned out,’” she told Oprah Winfrey.

Time away from the Royal Family has been great for Meghan. And now, the couple is focusing on one of the most important things in life: family.

Meghan and Harry left the UK when their son, Archie, was very young. And now, the little boy has the great privilege of being a big brother.

“She weighed 7 lbs 11 oz. Both mother and child are healthy and well, and settling in at home,” a spokesperson for the couple said.

The spokesperson added: “The Duke and Duchess thank you for your warm wishes and prayers as they enjoy this special time as a family.”

The entire Royal Family came together and congratulated Meghan and Harry on the birth of Lilibet. It sure seamed like the icy relationship, particularly between Charles, William and Harry, as well as Kate and Meghan, was put on a hold—maybe even getting better.

Kate Middleton and Meghan have had quite the turn in their relationship since they first met, especially regarding the fact that Meghan spoke negatively about her on the Oprah interview.

Now, however, it seams like Kate is really looking forward to meet with the couple, and to meet Lilibet.

On July 1st, Harry and William met up for only the second time since the shocking Oprah Winfrey interview. The tension between the two brothers has been high. And for Prince Philip’s funeral, they didn’t even walk shoulder-to-shoulder.

Together for Diana statue unveiling

Just two weeks ago, Harry once again put his foot on UK soil. He joined his brother William for the unveiling of Princess Diana’s statue in the Sunken Garden at Kensington Palace.

The statue was originally commissioned in 2017 by Harry and William – on the 20th anniversary of Diana’s death. It revealed at an afternoon ceremony on what would have been Diana’s 60th birthday.

Harry and William entered the Sunken Garden together. They greeted their aunts and uncle: their mother’s siblings Lady Sarah McCorquodale, Lady Jane Fellowes and Earl Spencer.

Side by side, they walked over to the statue before pulling away the cloth. The statue sure is wonderful, with Diana being cast in bronze.

“The figure of Diana, Princess of Wales is surrounded by three children who represent the universality and generational impact of The Princess’ work,” Kensington Palace said in a statement about the statue.

“The portrait and style of dress was based on the final period of her life as she gained confidence in her role as an ambassador for humanitarian causes and aims to convey her character and compassion.”

“Remember her love, strength and character”

Beforehand, there were plenty of speculations about Harry and William’s speeches during the ceremony. Experts thought they would hold separate speeches, but this didn’t happen after all.

In fact, Harry and William didn’t give any speech at all. Instead, the two brothers released joint statement released through Kensington Palace following the event.

“Today, on what would have been our Mother’s 60th birthday, we remember her love, strength and character — qualities that made her a force for good around the world, changing countless lives for the better,” they said.

“Every day, we wish she were still with us, and our hope is that this statue will be seen forever as a symbol of her life and her legacy,” they continued before thanking the team and donors involved in the long-awaited project.

So why did they release a joint statement instead of just speaking on their own? Well, according to Royal commentator Kinsey Schofield, this was all about keeping William and Harry out of the spotlight on the big day.

“In only releasing a joint statement, the palace and princes have limited our ability to dissect their speeches and their body language. This allowed the focus to be on their mother and her statue,” Kinsey told Insider.

“The joint statement is a classic Buckingham Palace strategy that translates to ‘We’ve got everything under control!’ Think Prince Charles and Princess Diana, July 1996 when they were eager to make it look like the divorce was amicable,” she added.

During their time in the UK, Harry and Meghan lived at Frogmore Cottage, located on the grounds of Windsor Castle. Not many people get access to the privately owned estate, and as such, not many pictures of it have even been taken.

On the official website, it reads: “Frogmore Cottage will continue to be the property of Her Majesty the Queen.”

Further, it says that “The Duke and Duchess of Sussex will continue to use Frogmore Cottage – with the permission of Her Majesty The Queen – as their official residence as they continue to support the Monarchy, and so that their family will always have a place to call home in the United Kingdom.”

Even though they’ve settled in Montecito, California, Harry and Meghan haven’t cut all ties to the UK. And Frogmore Cottage is an essential part of that.

According to People, the couple have reportedly paid $3.3 million to cover the cost of rent and other renovations of Frogmore Cottage.

After they resigned from the Firm in March of last year, they paid five months of rent. Later, they paid a total of $3.3 million to cover the costs ass well, to license Frogmore Cottage until March 31, 2022.

“The payment covers all their current obligations,” Sir Michael Stevens, Keeper of the Privy Purse, said, as quoted by People. “We are confident that it represents a good outcome.”

Stevens added, “The Duke and Duchess of Sussex have made a substantial contribution to the Sovereign Grant that covered the refurbishment costs of Frogmore Cottage.”

Harry and Meghan Markle are now living a peaceful life in California alongside their two lovely children. So is Frogmore Cottage empty because the couple aren’t there anymore?

Well, not really. Since Harry and Meghan left, Princess Eugenie and her husband Jack Brooksbank and son August have become residents at Frogmore. When Harry was in quarantine ahead of Prince Philip’s funeral in April, he also used Frogmore Cottage as his base. This, as reported by People, was also the case before the unveiling of Diana’s statue on July 1.

What do you think of the fact that Harry and Meghan are paying over $3 million for Frogmore Cottage? Give us your opinion in the comment section.