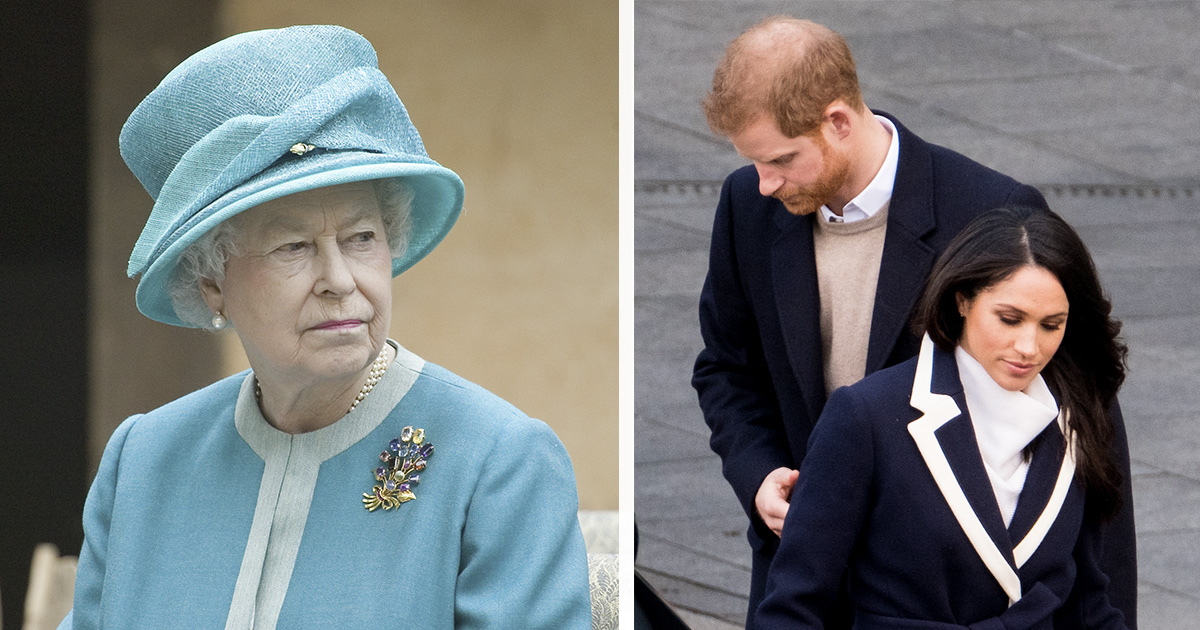 Prince Harry and Meghan Markle have decided to lead quite a different live to that they would have expected within the British Royal Family. The couple are awaiting their second child this summer, and following the leaving of their senior roles in the monarchy, they now live in the US.

After their spectacular interview with Oprah Winfrey, several claims have been leveled at both Meghan and Harry, as well as many more at the British Royal Family.

As per new reports, Harry is now demanding an apology from his family in the UK over their treatment of Meghan Markle through the years.

Prince Harry and Meghan Markle have been in the spotlight ever since they first met. Of course, Harry’s been in it for his entire life.

His mother, Princess Diana, passed away when he was only a child, and ever since, his path towards becoming an adult has been a big talking subject in both the UK’s tabloid papers and abroad.

Being royalty means you will always have the paparazzi press on your back, and Meghan Markle quickly learned a thing or two about that.

She’s even sued one of the British tabloid newspapers in the past, a private lawsuit that she won.

The last couple of years have been very special for Meghan and Harry. They welcomed their beloved firstborn son Archie in May of 2019, and they have shown the world their great love of their family.

However, the couple have also found themselves in quite a deal of controversy. They chose to depart their senior positions in the British Royal Family, as well as speak out about many shocking elements regarding the life they left behind.

The wedding of Prince Harry and Meghan Markle took place on May 19, 2018, and the service was held at St George’s Chapel, Windsor Castle. However, due to a very complex relationship, her father wasn’t present.

As of last year, Meghan and Harry are no longer ‘senior’ members of the British Royal Family. The couple, who welcomed son Archie Harrison Mountbatten-Windsor in 2019, decided to step down from their royal duties.

After leaving their senior roles, they rented houses in Canada and, more recently, moved to California.

The couple sat down for two hours with Oprah Winfrey in their first big primetime interview since splitting from the Royal Family. The result was a truly eye-opening discussion, where Meghan and Harry spoke straight from their hearts on what had actually happened.

Meghan could be seen crying several times in the interview, including when she discussed how Buckingham Palace had brushed aside her thoughts on not wanting to live anymore. She also said that family members had “concerns over how dark his skin might be when he was born”, in reference to their then-unborn son, Archie. It was truly one of the most stunning revelations from the interview.

The aforesaid interview took place in Oprah Winfrey’s mansion in Montecito, California. Later, pictures taken outside Oprah Winfrey’s gates show Thomas Markle – the father of Meghan – handing a note to a security guard. That sparked rumors about his intentions.

Meghan wore a special bracelet during the interview with Oprah, which meant a lot for both her and Harry. It was actually a bracelet that belonged to Harry’s mother, Princess Diana, as reported by People. According to the Express, the bracelet has an estimated value of more than $174,000.

It was fitting that Meghan wore it, not only to pay her respects to the late Princess, but also because Prince Harry spoke about her during the Oprah interview.

Despite the shocking allegations of racism, Meghan spoke openly about many other things, too.

One subject to float to the forefront was her relationship with Kate Middleton, with whom she’s been rumored to have something of a feud with.

Further, Markle also talked a lot about the worsening of her own mental health.

“I share this because there’s so many people who are afraid to voice that they need help,” Meghan Markle said. “And I know personally how hard it is to—not just hard it is but when your voice is silenced, to be told no. This was emails, begging for help, saying very specifically I am concerned for my mental welfare. Nothing was ever done. So we had to find a solution.”

Meghan didn’t know much about the British Royal family when she grew up. Therefore, it was easy for her to have an image of them as something “far from reality”.

However, when she joined the family while dating Prince Harry, she quickly became accustomed to the truth. According to her, she was not only subjected to horrific treatment from the British tabloid press, but also from members of her new Royal Family.

“I would sit up at night, and I was just like, ‘I don’t understand how all of this is being churned out’,” she told Oprah Winfrey.

There can be no doubting that the Oprah interview sent the British Royal Family into shock. Harry’s brother and sister-in-law, Prince William and Kate Middleton, were said to have taken it particularly hard.

Another source told the outlet that Meghan and Kate hadn’t spoken directly to each other in more than a year. However, the source claimed that might have had more to do with Harry and William’s chilly relationship.

On March 11, Prince William spoke on the allegations made in the Oprah interview, telling reporters, “we’re very much not a racist family”. At that point, William hadn’t spoken to Harry.

For Harry’s part, he wants one thing in particular before he can think about moving on.

US Weekly further reports that the Royal Family are having a very tough time moving on from the claims. Harry supposedly wants them to apologize to Meghan Markle over their treatment of her.

So what now for Harry and Meghan?

Well, the couple and baby Archie are waiting for their latest family member to be welcomed to the world.

In July of 2020, Meghan and Harry moved into their new home in Montecito, California. The area is home to many celebrities that want away from the hustle and bustle of Hollywood. Celebrities like Oprah Winfrey, Gwyneth Paltrow and Ellen DeGeneres are all residents.

According to Variety, Meghan and Harry bought their new home for $14.65 million. At the same time, they “secured a $9.5 million mortgage to acquire the 7.4-acre compound.”

Harry and Meghan – a fresh start

Just weeks ago, Prince Harry announced that he has gotten himself a brand new job. He will work as a chief impact officer at the Silicon Valley startup BetterUp, a company which offers coaching and mental health assistance.

Harry will, according to The Mirror, “work as a coach and advocate publicly on topics related to mental health and be involved in charitable contributions and product strategy decisions.”

We really hope that Meghan and Harry will get the privacy they so want. We wish them all the best in the future, and can’t wait to hear about the wonderful news concerning the birth of their second child later this summer.

Whose side are you on in all this? Do you think Meghan did the right thing speaking about the treatment she got inside of Buckingham Palace?