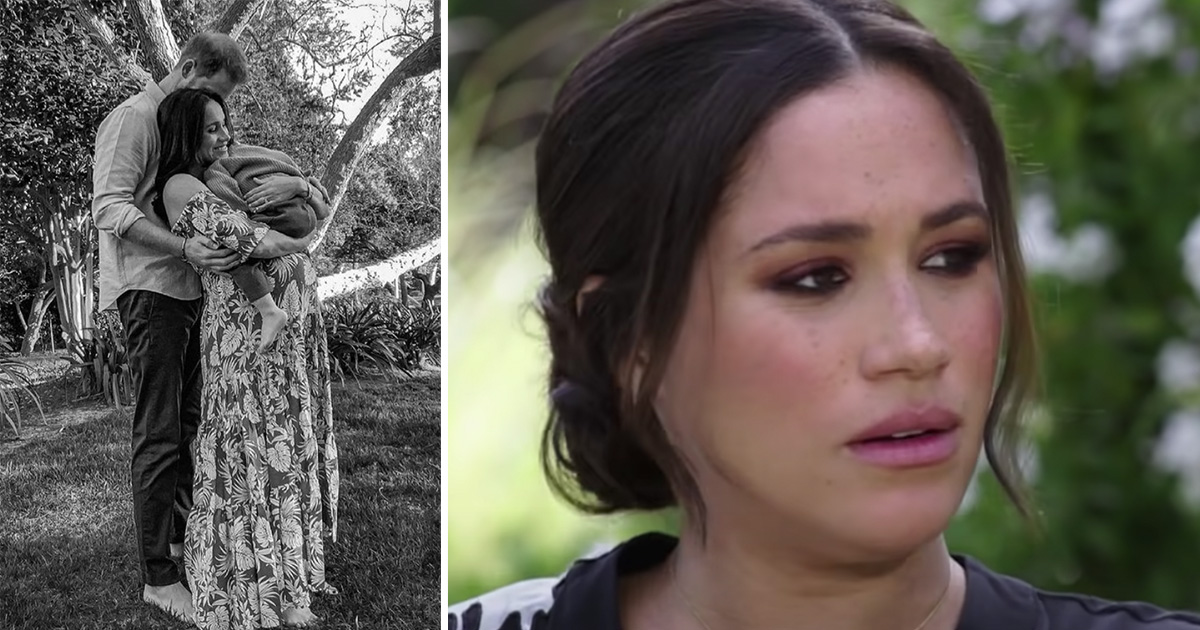 The last couple of months sure have been hectic for Meghan Markle and Prince Harry, and it all began when the couple announced that they were stepping back as senior members of the British Royal Family.

Just a couple of weeks ago, their first primetime television interview with Oprah Winfrey sparked many headlines, with Meghan and Harry revealing several chilling stories about their relationship with the royal family.

Now, the couple are trying to get back to normal and focus on the important things in life. Soon, they will welcome their second child, a daughter due this summer.

So what will their baby girl’s name be? No one knows at the moment, but a royal expert has revealed that one name in particular won’t be used.

Prince Harry and Meghan Markle have been married for almost three years now. In that time, the two have become very popular around the world, but it hasn’t been all been sunshine and rainbows.

Being royalty means you will always have the paparazzi press on your back, and Meghan Markle sure has had her fair share of that.

She’s even sued one of the British tabloid newspapers in the past, a private lawsuit that she won.

The last couple of years have been very special for Meghan and Harry. They welcomed their beloved firstborn son Archie in May of 2019, and they have shown the world their great love of their family.

However, the couple have also found themselves in quite a deal of controversy. They’ve left their senior positions in the British Royal Family, as well as spoken out about many shocking elements regarding the life they left behind.

So how did we get here? Let’s have a look at their relationship.

Meghan and Harry – start of relationship

The two are genuinely in love, and we sincerely hope they are very happy. Of course, their journey to get to where they are now hasn’t been all that smooth, especially after the two stepped back as ‘senior’ members of the British Royal Family last year.

Meghan Markle was actually married once before, having tied the knot with producer Trevor Engelson in 2010. The couple, however, divorced in 2013. Harry, meanwhile, hasn’t been married before.

In July of 2016, a friend set up a blind date between Meghan and Harry, and it was a smash-hit.

“I was beautifully surprised when I walked into that room and saw her,” Harry told Vogue. “I was like, I’m really going to have to up my game here.”

A few weeks later, Harry took Meghan to Botswana, where their relationship really took off. And Botswana would hold special significance just a few years later, as Markle’s center piece diamond in her three-stone engagement ring actually came from the country.

“We were really by ourselves, which was crucial to me to make sure we had a chance to get to know each other,” Harry explained.

The wedding of Meghan Markle and Prince Harry took place on May 19, 2018, and the service was held at St George’s Chapel, Windsor Castle. However, due to a very complex relationship, her father wasn’t present.

As of last year, Meghan and Harry are no longer ‘senior’ members of the British royal family. The couple, who welcomed son Archie Harrison Mountbatten-Windsor in 2019, decided to step down from their royal duties.

After leaving their senior roles, they rented houses in Canada and, more recently, moved to Los Angeles.

In August of last year, Vogue reported that the couple have relocated to the quiet town of Santa Barbara, California.

Weeks ago, it was reported that Harry and Meghan had agreed with Queen Elizabeth II that they would not return as working members of the Royal Family.

Further, the honorary military appointments and royal patronages held by the couple will be revoked and redistributed. However, the couple maintained that they will be committed to their duties in both Britain and in the rest of the world.

Before their departure, Meghan and Prince Harry were limited in what they could say publicly. However, now that they won’t be returning to the royal fold, they can speak freely in interviews.

The couple sat down for two hours with Oprah Winfrey in their first big primetime interview since splitting from the Royal Family. The result was a shocking interview, where Meghan and Harry spoke straight from their hearts on what had actually happened.

Meghan could be seen crying at several points in the interview, including when she discussed how Buckingham Palace had brushed aside her thoughts on not wanting to live anymore. She also said that family members had “concerns over how dark his skin might be when he was born”, in reference to their then-unborn son, Archie. It was truly one of the most stunning revelations from the interview.

Queen Elizabeth said in a statement that the royal family will address allegations of racism within Buckingham Palace.

Meghan Markle wore a special bracelet during the interview with Oprah, which meant a lot for both her and Harry. It was actually a bracelet that belonged to Harry’s mother, Princess Diana, as reported by People. According to the Express, the bracelet has an estimated value of more than $174,000.

It was fitting that Meghan wore it, not only to pay her respects to the late Princess, but also because Prince Harry spoke about her during the Oprah interview.

“For me, I’m just really relieved and happy to be sitting here, talking to you with my wife by my side,” Harry said.

“Because I can’t begin to imagine what it must have been like for her [Diana] going through this process by herself all those years ago. Because it has been unbelievably tough for the two of us, but at least we have each other.”

Harry also revealed what he thinks she’d have felt about the couple leaving the Royal Family.

“I think she would feel very angry with how this has panned out and very sad, but ultimately, all she’d ever want is for us to be happy,” Harry said.

“I brought what my mom left me,” he continued.

“And without that, we would not have been able to do this, so touching back on what my mother would think of this, I think she saw it coming. I certainly felt her presence throughout this whole process.”

Harry and Meghan welcomed their son Archie Harrison Mountbatten-Windsor in 2019. At the time, they carried the titles of “Duke and Duchess of Sussex”. Archie, however, didn’t get one.

He was entitled to what’s called the “courtesy title”, Earl of Dumbarton, but instead, Archie will now be known simply as Archie Mountbatten-Windsor.

Even though he’s a royalty, the little boy Archie is not a prince. Why?

There is, however, one exception to the rule.

The children of the eldest son of the Prince of Wales – Prince William – can be named prince and princess. Therefore, William and Kate Middleton’s children are named Prince George, Princess Charlotte and Prince Louis.

So, can Archie even become a prince in the future? Yes, he can. In the event of Queen Elizabeth’s passing, Prince Charles will become king. That means that Archie is the child of a son of the king. Therefore, he will automatically be titled “prince”.

Even though there’s been plenty going on around Meghan and Harry – especially with the shocking allegations about racism following the Oprah interview – there’s going to be one very big happy moment later this year.

In the upcoming summer, Archie will officially to become a big brother, which Harry and Meghan revealed in February.

“The Duke and Duchess of Sussex are overjoyed to be expecting their second child,” a spokesperson said.

During the Oprah interview, Harry and Meghan spoke about their second child. They said it’s going to be their last child.

“To have any one or any two, but to have a boy and then a girl, what more could you ask for?” Harry told Oprah. “But now we’ve got our family. We’ve got the four of us, we’ve got our two dogs. Done.”

“Two is it,” Meghan replied.

It isn’t too long now until the new royal baby will be born – with that in mind, many are speculating as top what the little girl’s going to be named. One name in particular has come up as a favorite: Diana, after Prince Harry’s mother.

But this is not going to happen according to a Page Six source.

“They are highly unlikely to call their daughter Diana. Their biggest concern is that it would make her a bigger target for the media, and considerably increase public interest in the child’s life,” the source said.

Further, Harry and Meghan are said to fear that the name would “place too much pressure on the child”, and also make everything in life more difficult, though Diana might be a middle name.

We are so excited to welcome Meghan and Harry’s little girl to the world and wish them all the best in the future!

Do you think it would be fitting to name their child Diana? Give us your thoughts in the comment section and share this article with friends and family!