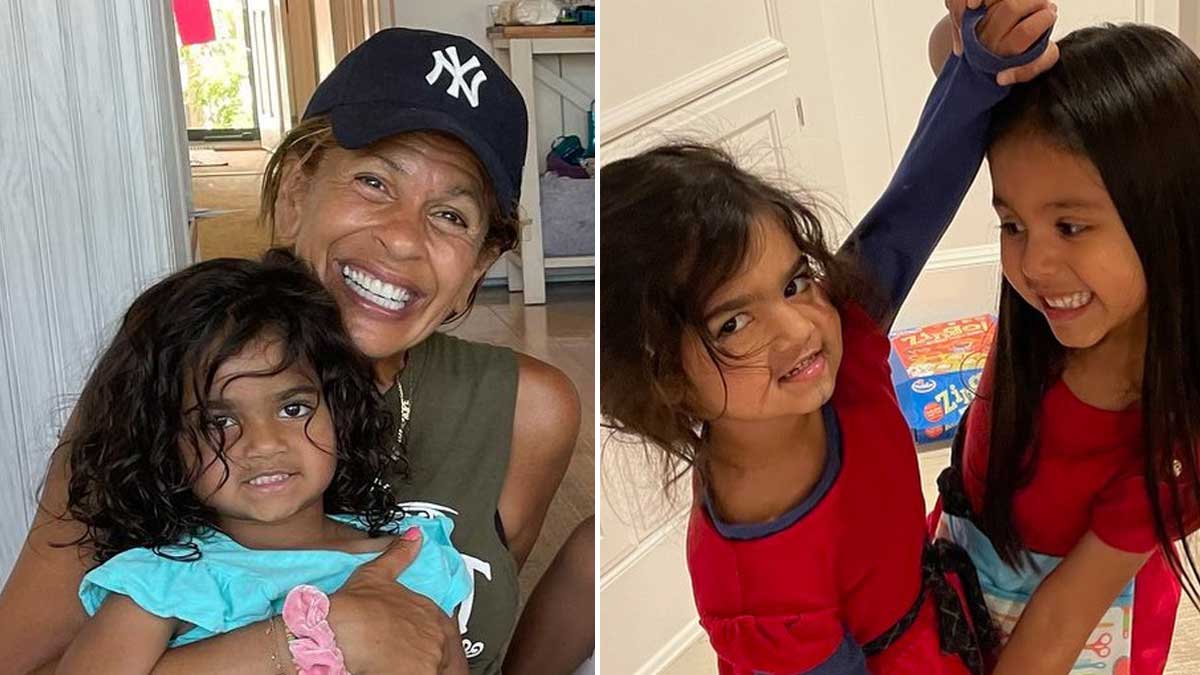 Hoda Kotb is all about spreading kindness.

The Today co-host recently revealed how she teaches her daughters, especially her three-year-old to pay it forward.

“Well, yesterday I took my daughter to dinner because we have a date,” Hoda said during the premiere of the third season of her podcast, “Making Space with Hoda Kotb”.

“And when we go out, we pick somebody in the restaurant who we’re gonna buy their meal.”

Kotb shared that she lets her three-year-old daughter Hope pick who they’ll bless with a free meal.

And even though Hope wants to let the person know they received a free meal, Kotb explains the “magic” in showing kindness without seeking a reward.

“I tell my daughter that sometimes we just do things to help,” she said.

Hope’s not the only one learning the importance about spreading kindness. Last summer, her sister Hayley, 5, saved money she earned while doing chores and purchased an ice cream cone for a man who runs a neighborhood restaurant.

“She took her money out of her Ziploc and she got the biggest hug,” Hoda recalled. “Afterwards, we sat down — Hope, Haley, me and Mo and he said, ‘Do you know why this cone is extra special today? And Haley said, ‘Why?’ And he said, ‘Because it’s my birthday.”

“I was just thinking, like when you do something kind, the universe cooperates,” the mom of two said. “Like it happened to have been his birthday on that day with the ice cream?”

Such a sweet gesture. It would be wonderful if Hope continued this tradition long after she’s grown up.