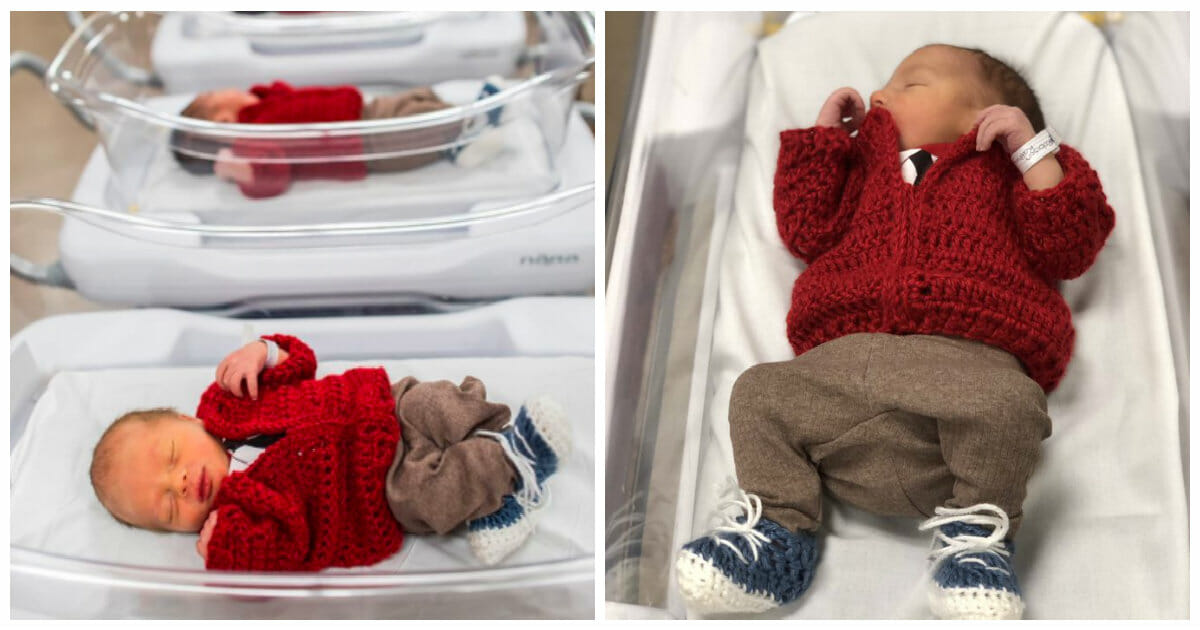 For over three decades on television, Fred Rogers helped make the world a kinder, gentler place by teaching generations of children lessons about life and being a good neighbor on Mr. Rogers’ Neighborhood.

Mr. Rogers passed away in 2003, but his legacy is still felt strongly. He’s a beloved, iconic figure who was the subject of an acclaimed documentary Won’t You Be My Neighbor? last year and the upcoming biopic A Beautiful Day in the Neighborhood, where Rogers is played by Tom Hanks.

One of the signature things about Mr. Rogers was his famous sweaters, which he would put on at the start of every episode of the show. One of them is even kept as an artifact in the Smithsonian Museum.

So it’s no surprise that for World Kindness Day on November 13, people would take the opportunity to pay tribute to Mr. Rogers, and those wonderful sweaters.

WQED, a PBS affiliate that aired Mr. Rogers in his home city of Pittsburg, Pennsylvania, marks World Kindness Day with a holiday of their own: “Cardigan Day,” in which the babies of UPMC Magee are dressed in red knit sweaters, just like the kind Mr. Rogers wore.

“UPMC Magee has dressed their babies up for special events for years now,” hospital spokesperson Amy Charley told Fox News. “It’s one of the most popular traditions at the hospital.”

She said the tradition was meant to honor “the legacy of Mister Fred Rogers’ universal kindness and acceptance.”

The adorable sight was made possible thanks to the work of a nurse named Caitlin Pechin, who crocheted the cardigans herself.

The celebration was made even more special when Joanne Rogers, Mr. Rogers’ widow, showed up at the event… and all the hospital staff surprised her by serenading her with a familiar theme song:

“Mrs. Rogers kept telling us how much she loves babies. She got a real kick seeing them dressed up as Fred,” Amy Charley told Fox.

“Mr. Rogers is an iconic Pittsburgher and a lot of the values he represented overlap with the values at UPMC Magee.”

Mr. Rogers spent his life teaching children values of kindness and friendliness. His legacy lives on in all his fans who remember him and continue to do good in this world.