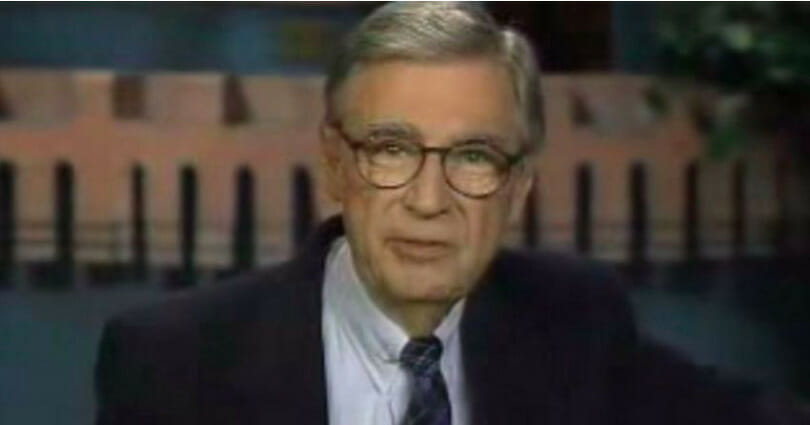 When I hear the name Mr. Rogers, I am immediately filled with emotion and feelings of deep fondness.

Fred Rogers, best known for his revolutionary show “Mister Rogers’ Neighborhood” has certainly left a lasting legacy behind following his sad death in 2003, at age 74.

His show, which spanned across three decades, garnered a following so strong that for so many of us, Mr. Rogers shall live on forever.

Here was his final message to the world before his death.

Fred Rogers broke boundaries with his children’s show, which aimed not just to entertain but to educate and communicate wonderful messages of inclusiveness and compassion.

But what made Mr. Rogers truly special was simply put —him. He always made sure to deliver important messages to his audience in a gentle, extremely graceful and yet straightforward manner. He somehow managed to tackle huge issues, such as racism, divorce and even death, with utmost insight and compassion.

Now in hindsight, it brings tears to my eyes to hear this gentle and kind man’s words of wisdom.

Of course, Mr. Rogers was wise and insightful for years, even as a younger man. Just watch how gently and eloquently he speaks when he appeared before the US Senate to rally for funds to support public television.

Ahead of His Time

Mr. Rogers seemed to just always know how to make children and adults alike feel better. Here are some of his most memorable quotes.

“If you could only sense how important you are to the lives of those you meet; how important you can be to the people you may never even dream of. There is something of yourself that you leave at every meeting with another person.”

“Love isn’t a state of perfect caring. It is an active noun like “struggle.” To love someone is to strive to accept that person exactly the way he or she is, right here and now.”

“The greatest thing that we can do is to help somebody know that they’re loved and capable of loving.”

Mr. Rogers just always seemed to be light years ahead  of his time when it came to understanding children and society. He also excelled at tackling difficult and controversial issues — even death, as can be seen in the video below.

For decades, Mr. Rogers taught us to love ourselves and to be good neighbors. It was at the end of 2002 that Mr. Rogers shared his insight with us a final time, in a moving video aimed at all his fans.

It would turn out to be one of the very last times Mr. Rogers would be seen on record before his sad passing on February 27, 2003 from stomach cancer complications.

This final speech was filmed following the first anniversary of the 9/11 attacks and in it, he targets both young and old. His goal was to remind us about the meaningful things in life and the importance of expressing our feelings — and he achieves it, as always, with grace and humility.

Watch his final message to the world below:

His parting message to the world seems to have one pivotal message: that he loves us just the way we are.

“I would like to tell you what I often told you when you were much younger,” he says in his address. “I like you just the way you are. And what’s more, I’m so grateful to you for helping the children in your life to know that you’ll do everything you can to keep them safe. And to help them express their feelings in ways that will bring healing in many different neighborhoods. It’s such a good feeling to know that we’re lifelong friends.”

“I’m just so proud of all of you who have grown up with us,” he adds. “I know how tough it is some days to look with hope and confidence on the months and years ahead.”

What a simply extraordinarily caring man. It has been over 15 years since his death, but Mr. Roger’s legacy certainly lives on.

A documentary film highlighting this wonderful human’s goals and achievements was released last summer. You can watch the trailer below — but just a word of warning — prepare your tissues!

Please share if you grew up with Mr. Rogers too and agree he was truly one of a kind — and that we need more shows like his on television today!