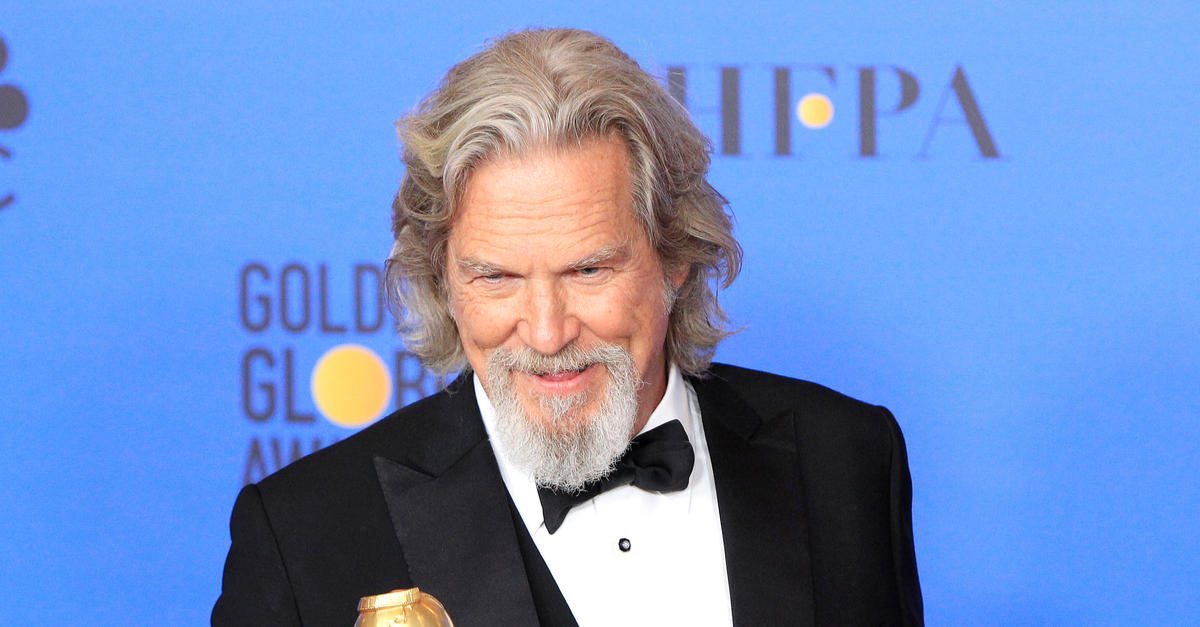 It has been about a year since Jeff Bridges announced he was diagnosed with cancer. Last October, the beloved Oscar-winning actor tweeted that he was battling lymphoma and was beginning treatment.

And today, Jeff Bridges, 71, shared an inspiring health update to his fans: his lymphoma is now “in remission.”

In a handwritten announcement on his website, Bridges said that a 9-by-12-inch mass had now “shrunk down to the size of a marble.”

While sharing the positive update, Bridges also shared another bit of scary medical news, revealing that he had contracted a bad case of COVID-19 earlier this year while still in treatment.

His wife also got the virus, but while she spent five days in the hospital, Bridges spent five weeks, due to a weakened immune system from chemotherapy.

Bridges says this ordeal caused “moments of tremendous pain” and said he felt he was “gettin’ close to the pearly gates,” but kept his spirits up.

“This brush with mortality has brought me a real gift,” he wrote. “Life is brief and beautiful. Love is all around us, & available [at] all times.”

While he says COVID “kicked [his] a** pretty good,” it was “in the rear view mirror” now. He’s received two doses of the vaccine, and is now focusing on improving his health, including getting off oxygen assistance, which he has required to walk (Bridges hasn’t lost his sense of humor: he compared his oxygen to the sound of Darth Vader in Star Wars.)

In other good news, he says his daughter Hayley recently got married, and he was able to walk her down the aisle and dance with her without oxygen support.

With these improvements to his health, Bridges says he is also looking forward to returning to work on his upcoming FX drama series The Old Man.

Bridges broke the news to fans about his lymphoma diagnosis last October. Despite having what he described as a “serious disease,” he said his prognosis was good and he was in the best of care.

The following December, Bridges shared an update about his progress. He revealed a shaved head during his chemotherapy, and said he was “feeling good.”

He also announced that he had gotten a new puppy, named Monty.

For decades, Bridges has been one of Hollywood’s most enduring and acclaimed movie stars. He had his breakthrough in the 1970s, earning Oscar nominations for his roles in the classic film The Last Picture Show and opposite Clint Eastwood in Thunderbolt and Lightfoot.

He continued to have success in blockbusters like King Kong and Tron and acclaimed roles in films like Starman and The Fisher King. But his most iconic role came in 1998, playing “The Dude” in the cult favorite The Big Lebowski, which has inspired fan conventions and its own philosophy (and countless orders of White Russians at bars.)

Bridges won the Academy Award for Best Actor in 2010 for Crazy Heart, and received subsequent nominations for his roles in True Grit and Hell or High Water.

He also starred in recent blockbuster films like Iron Man and Tron: Legacy. His new TV series The Old Man is scheduled to premiere on FX and Hulu in 2022.

We’re so glad to hear that Jeff Bridges is recovering from cancer and a serious battle with COVID-19. We wish him the best of health going forward and can’t wait to see him back on our screens.

Share this great news if you love Jeff Bridges!