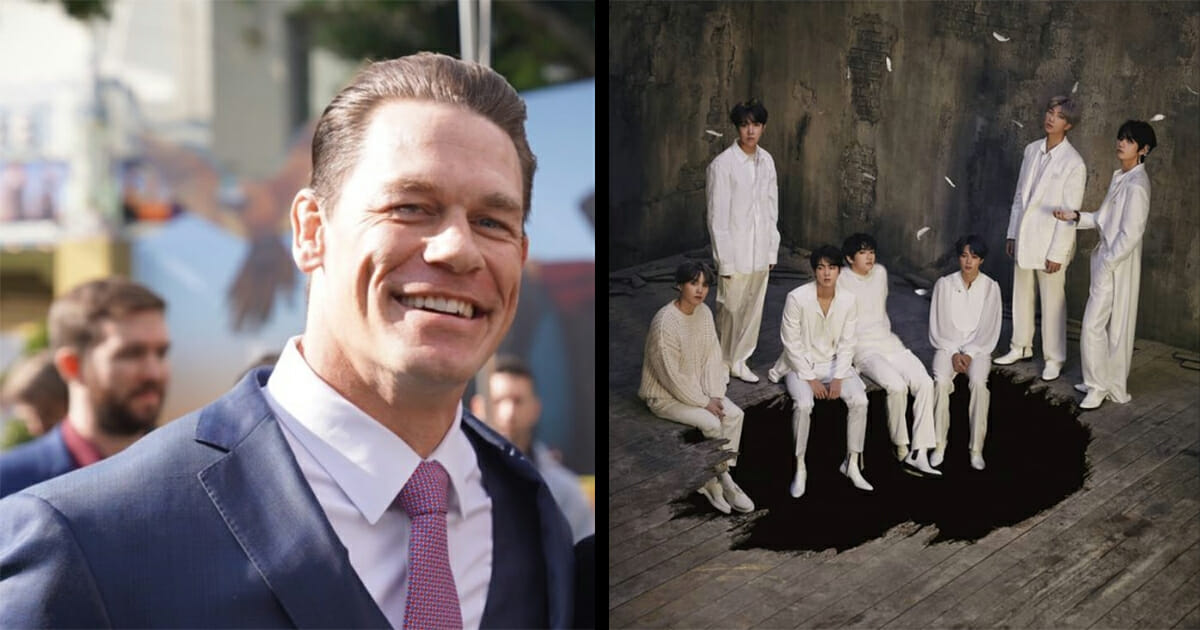 K-Pop supergroup BTS not only has millions of fans worldwide but also boasts a celebrity following who aren’t just fans of their music.

Black Lives Matter was set up in 2013 to “build local power to intervene in violence inflicted on Black communities by the state and vigilantes.” It’s based in the U.S., U.K., and Canada.

The wrongful death of George Floyd while in police custody has sparked protests around the globe and many have contributed to the cause.

Cena is a fan of the South Korean supergroup and spoke out in praise of their generous contribution to the cause along with their vocal stance against racism.

He retweeted BTS’s post which says: “We stand against racial discrimination. We condemn violence. You, I and we all have the right to be respected. We will stand together. #BlackLivesMatter

The group launched a #MatchAMillion campaign, encouraging fellow fans, known as the BTS Army, to pool their resources and match BTS’s donation to Black Lives Matter which Cena said he would be supporting.

After the announcement, Cena joined the conversation encouraging his fans to “be brave and open minded in these moments.”

He added: “Change is never easy because it takes us admitting that our efforts and methods may be flawed to the point of severe distortion. Welcome ideas and limit excuses. Change is uncomfortable, but can yield much more joy for all in the long run.”

Cena has also shown his support for fellow WWE star Titus O’Neil’s efforts to fight for racial equality adding: “Now more than ever we need to lean into the uncomfortable and forge positive permanent change.”

Please share his wise words with all your friends and family; change is uncomfortable but absolutely necessary in these troubled times.