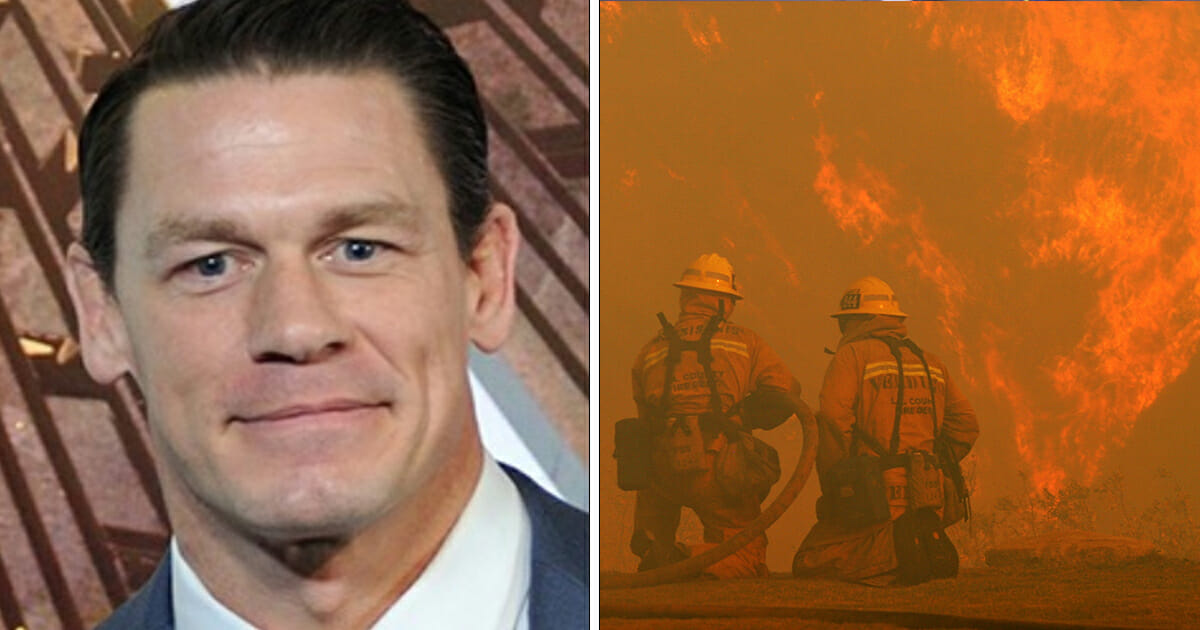 The fires in California continue to rage and as a result firefighters across the state are doing their utmost to bring them under control.

Of course, that’s a task easier said than done, especially with the recent extreme red flag warning issued by the National Weather Service.

Even so, you can bet that the brave firefighters will keep doing what their doing. In that respect, they need all the help they can get.

Well, it would appear they’re set to get it thanks to WWE star John Cena. The wrestler has pledged half a million dollars to charities supporting first responders, and he’s asked Paramount Pictures to do the same.

This comes after thousands of Los Angeles residents were forced to evacuate homes this week. The flames have spread across more than 500 acres, Mayor Eric Garcetti confirmed.

Cena wants to take a stand against the chaos. He took to Twitter to say: “Right now, California is in dire straits. It is burning. It is under siege from massive wildfires statewide, which means that our first responders are working around the clock and they need our help.

“I want Paramount to do me one favour. I want them to pick a charity. Pick a charity that aids our first responders as soon as possible.

“On behalf of Playing With Fire, and out of respect to the people who I truly believe are heroes, my response will be to immediately donate half a million dollars to this cause.”

Well done John Cena! If only more celebrities could contribute a little to help a lot!

Please share this article to send prayers and well wishes to all those affected by the fires.