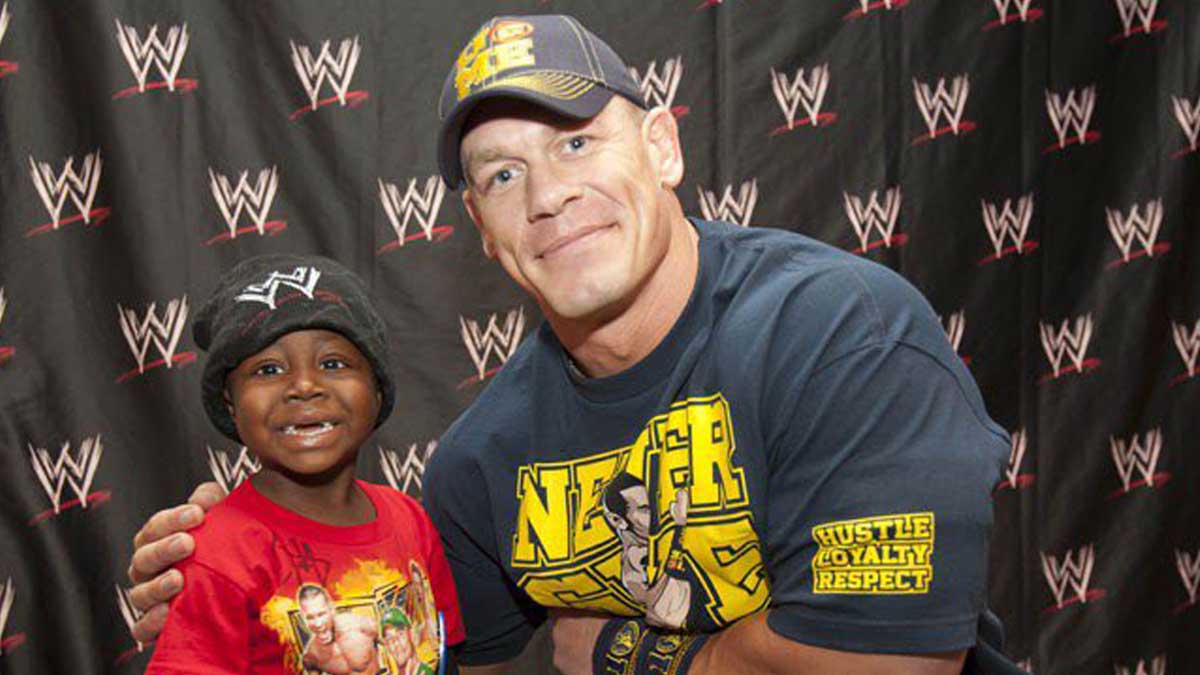 Not only is John Cena a legendary WWE wrestler and actor, but he’s an amazing human who recently celebrated a remarkable record with the Make-A-Wish Foundation: 650 wishes granted.

He’s now holds the title for most wishes granted.

In 2004, the now 45-year-old granted his first wish through the foundation. While many celebrities and sports figures grant wishes through Make-A-Wish, few have remained as committed.

People have got to understand how hard that is because we all know, Make-A-Wish is something that is done for these terminally ill children. Meaning, they know the hand they’re dealt, they know they’re not around for much longer. So to be able to experience that – and Cena just didn’t do drive-bys; he’d go meet with them. He’d sit and talk with them. And I know that that would be something he’d have to process and still go out and work – and it wouldn’t be easy to go through that dialogue, those conversations with those children.

“I’ve always admired John for many things but his commitment to the Make-A-Wish kids, these terminally ill children was really really special.”

Cena said he loves granting wishes because those who benefit from the foundation can do anything they want, but kids say “I want to kick it with John Cena and go see him wrestle.”

“That is the coolest thing I have ever heard in my life,” he said.

Recently, Cena met with a teenager who fled Ukraine.

Not only does Cena grant wishes for terminally ill children, but he is also extremely generous when it comes to donating his money. In 2019 he pledged $500,000 to firefighters battling wildfires in California, and in summer 2020 he matched BTS’ $1 million donation to Black Lives Matter.

John Cena, you are a legend and someone that everyone should look up to. You inspire me to do good every day.