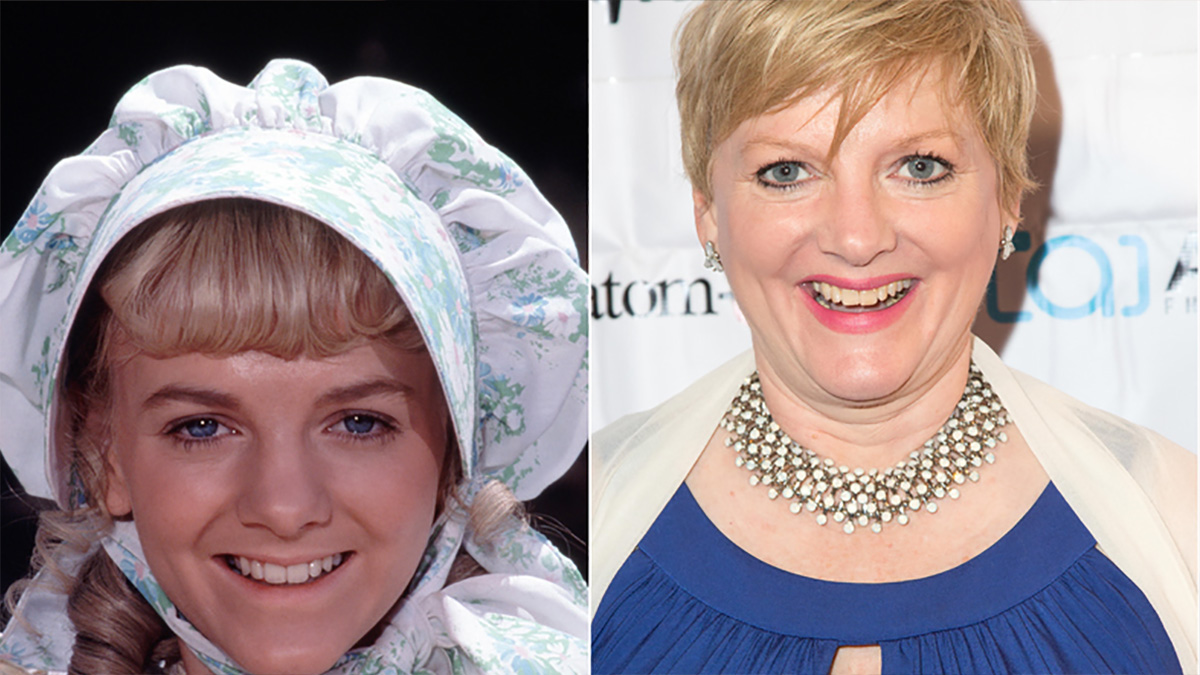 We all remember one of the biggest brats on TV Nellie Oleson in much-loved and hugely successful drama “Little House on the Prairie.”

Nellie, played by Alison Arngrim, was a much more prominent character in the long-running show than her character in the books, a testamant to how much the public loved this villainous character especially when she teamed up with her onscreen mother Harriet.

But behind the scenes actress Alison Arngrim needed her character to help her get through some dark times in her own personal life.

The Canadian-American actress was abused by a family member when she was just 6 years old and kept it a secret until she was in her early twenties.

But playing the scheming and mischievous character for seven series was “absolutely therapeutic” for her.

Speaking to Megyn Kelly on her NBC TODAY show she explained why she needed that character during such a tough time in her life.

“I was physically and sexually abused as a child when I was very very young so being Nellie Olsen was very helpful because I was a very shy child and bullied at school on top of everything else,” she said.

“Suddenly I’m this character that everyone’s afraid of…here I had this job where I could scream and yell and throw things and vent all my anger and then the cast, all these wonderful people who were so kind and so protective of me.”

Alison played the original mean girl and arch nemesis of good girl Laura Ingalls, played by Melissa Gilbert, for 7 years and as a guest in “Little House: A New Beginning” which aired 1982 and 1983.

Despite their onscreen battles the two girls became best friends and Alison credits the success of their characters on the strong bond they had in real life.

But her role playing the bad girl didn’t end there, Alison went on to play demanding young actress Becky Daniels on the movie The Love Boat.

Her career after that consisted of many movies but behind the scenes she was working on a more important quest – devoting her time to protecting children of abuse.

Through her work with child protection organization PROTECT she was able to introduce the ‘Circle of Trust’ bill which was passed unanimously in 2005 aimed at overturning a California law that allowed sexual predators to avoid jail time if they were related to the victim.

They could even have their records wiped by undergoing therapy.

“So, this wasn’t an ‘exception,’ as they were calling it. It was, in fact, the rule. It was insane.”

She is also an activist for AIDs awareness after her onscreen husband Percival Dalton played by Steve Tracy died from complications of AIDS.

Her autobiography titled “Confessions of a Prairie Bitch: How I Survived Nellie Oleson and Learned to Love Being Hated” was released in 2010 and names her abuser who cannot be brought to justice because of the statute of limitations.

Not only did this wonderful woman give us years of pure joy watching her onscreen but is so brave for talking about such a traumatic time in her past and using it to make real and positive changes to help protect children.

Please share to pay tribute to this beautiful human being.