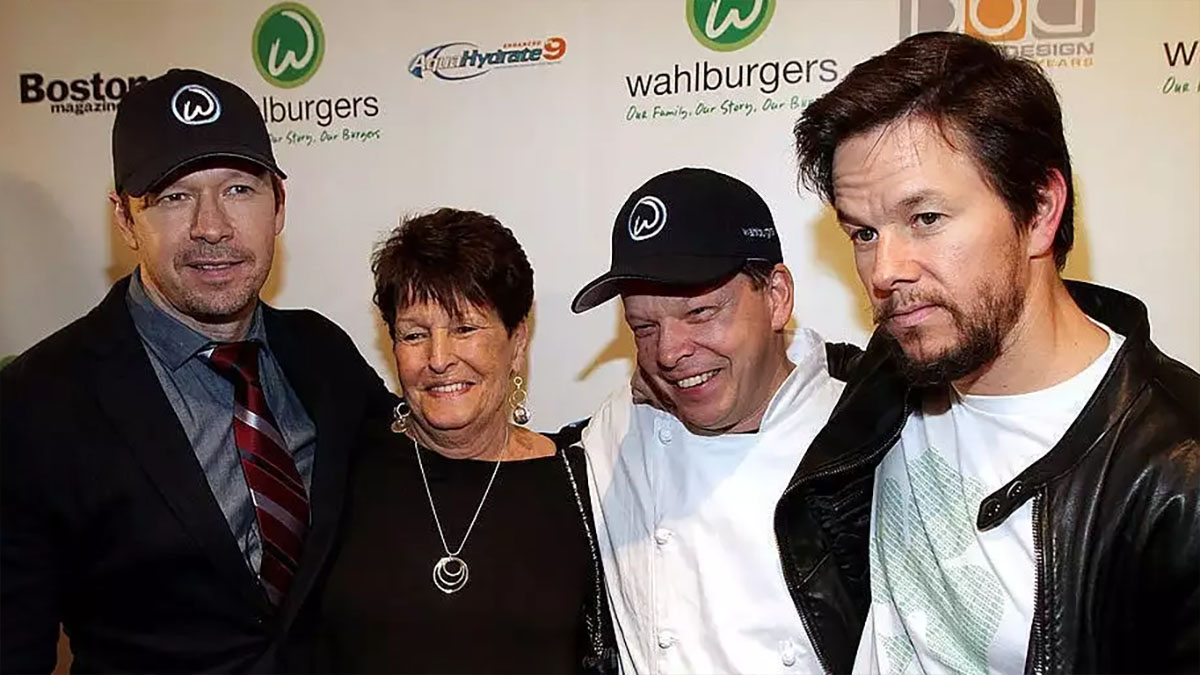 Actors Mark and Donnie Wahlberg have left heartfelt tributes after the death of their mother Alma Wahlberg.

The Wahlberg family matriarch died at the weekend; she was 78 years old and had been suffering with dementia.

The youngest of the family Donnie and Mark are the most famous but Alma became well known after appearing on the Wahlberg family’s reality show on A&E called “Wahlburgers,” a behind-the-scenes look at running a family restaurant.

Her children took to social media to express their sorrow and love for their mother.

“My angel. Rest in peace,” Mark Wahlberg wrote in an Instagram post on Sunday, alongside a photo of his late mother wearing a pink blazer.

Donnie Wahlberg wrote in a lengthy tribute Sunday that he felt “blessed to have been brought into this world by, raised by, taught by and set on my life’s path by, such an amazing woman.”

“My mom Alma’s joy for life, love and people – combined with a pride in her humble beginnings and refusal to forget where she came from – undoubtedly shaped me into the man that I am. I’ve often said, if you like anything about me, I got it from Alma.”

The “Blue Bloods” actor and former member of boy band “New Kids on the Block” said his mom was “the most loving human being” and “the epitome of the word grace.”

“It’s time to rest peacefully, mom,” Donnie continued. “I love you, miss you, thank you and will celebrate you, today and always. Forever – your Baby Donnie”

He wrote his heartfelt message alongside a compilation of clips of his mom throughout the years including one from his wedding and one of Alma smashing a cupcake in her son’s face.

Alma Wahlberg was born in Boston and worked as a bank clerk and nurse’s aide “to make ends meet” while raising her children, according to her official “Wahlburgers” bio.

She went on to become a greeter and hostess at the family restaurant.

When asked, as she constantly was, by her kids which one of them was her favorite she said: “Whoever I’m with at the time.”

“They’re all so unique in their own way. I’m really proud of them. Not just the success, but how they’ve turned out. They’re really good people. I wouldn’t care if they were ditch diggers, as long as they’re good people,” she said, as per USA Today.

Such beautiful tributes to a loving mom. May she rest in peace. Please share.