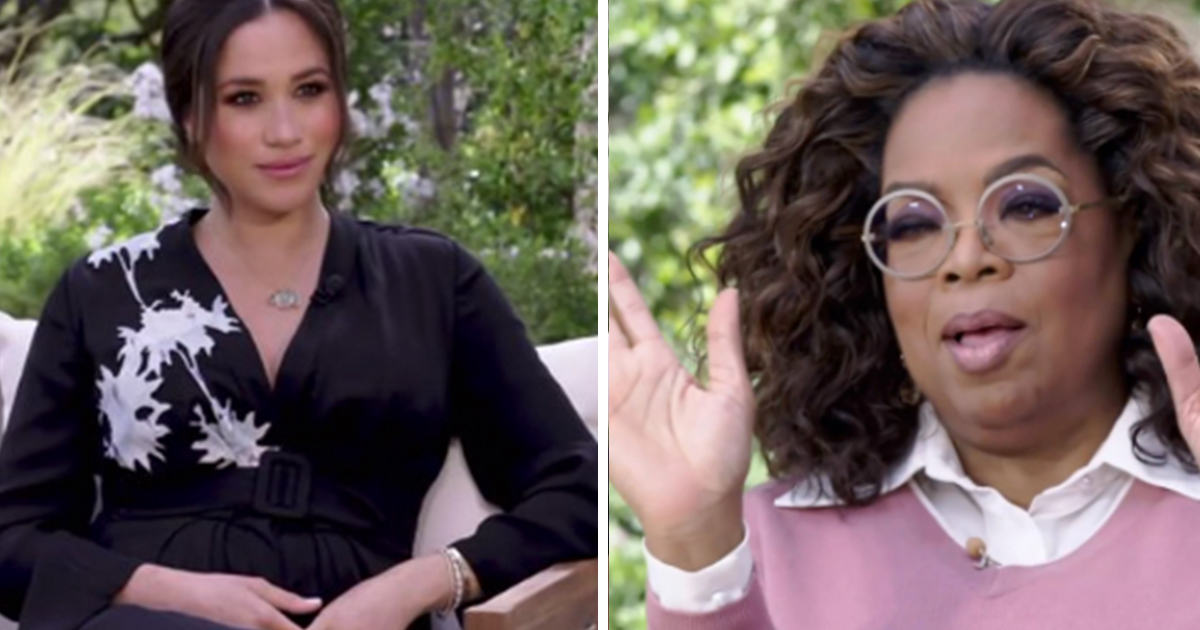 It’s arguably the most anticipated interview on national television; the 90-minute Oprah Winfrey interview with Prince Harry and Meghan Markle is due to air in the U.S. on Sunday and is expected to be explosive.

The couple are due to discuss their views on royal life and why they chose to step down in a candid interview where Oprah promises that “no subject is off limits.”

Prince Harry and Meghan took a step back from their royal duties and this interview will address their reasons and their new roles after leaving the U.K. and following a new path in Los Angeles.

Now a 30-second teaser clip has been released which sees the legendary chat show host, who is also a close friend of Meghan’s, ask her what the palace will think about her hearing her “speak her truth.”

The 39-year-old expectant mother responds telling Oprah: “I don’t know how they could expect, after all of this time, we would still just be silent if there is an active role that the firm is playing in perpetuating falsehoods about us.

Her frank response comes after British newspaper The Times claimed the former “Suits” actress has been accused of “emotional cruelty” and alleged that she faced a bullying complaint from one of her closest advisers at Kensington Palace.

The complaint reportedly suggested Meghan “drove two personal assistants out of the household and was ­undermining the confidence of a third staff member.”

The palace said it was “clearly very concerned” about the allegations and would be investigating.

A spokesman for Meghan denied the accusations adding she was “saddened by this latest attack on her character, particularly as someone who has been the target of bullying herself and is deeply committed to supporting those who have experienced pain and trauma.”

The Duchess of Sussex will speak to Oprah alone before being joined by Harry to discuss topics including their decision to step down as senior members of the royal family, to their marriage, to how they’ve handled life under intense public pressure.

Meghan married Harry, grandson of Queen Elizabeth II, at Windsor Castle in May 2018 in a ceremony which was attended by Oprah Winfrey. Their son, Archie, was born the following year.

In early 2020, Meghan and Harry announced they were quitting royal duties and moving to North America, citing what they said were the unbearable intrusions and racist attitudes of the British media.

They recently bought a house in Santa Barbara, California, and are expecting a second child.

The Duchess of Sussex will speak to Oprah alone before being joined by Harry, 36, to discuss their move to America since stepping away from their royal duties.

A previous clip of the interview showed Meghan appear to call royal life “unsurvivable” – while Harry says he feared “history repeating itself” in an apparent nod to his late mother Diana.

“You know, for me, I’m just really relieved and happy to be sitting here talking to you with my wife by my side, because I can’t begin to imagine what it must have been like for [Diana] going through this process by herself all those years ago,” he said.

“It has been unbelievably tough for the two of us but at least we had each other.”

What do you think about Meghan and Harry talking to Oprah about the palace? Will you be tuning in to the interview? Please post your comments below and share this story.