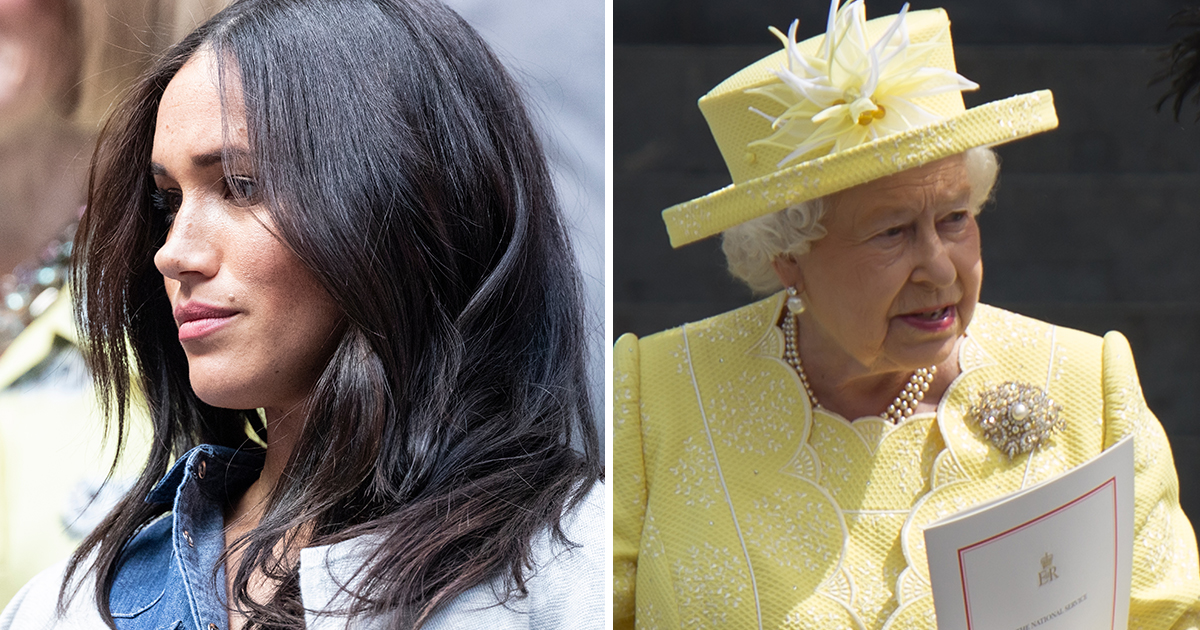 Since Prince Harry married American divorcee Meghan Markle it seems their every move has been scrutinized.

From their fairytale wedding that broke with tradition and showcased the progressive couple’s intentions as they moved forward with their lives, to the birth of their first child Archie in May 2019, they have consistently made front page news.

Some of the media coverage has forced the Duchess of Sussex to speak out in an effort to correct reports; from her relationship with her father to her feelings toward her fellow royals, her first years of marriage to Harry has been anything but easy.

Now Meghan has denied reports that she asked for her real name Rachel Meghan to be taken off Archie’s birth certificate and replaced with the more formal “Her Royal Highness the Duchess of Sussex,” according to British newspaper The Mirror.

A statement, on behalf of the Sussexes, has said the 39-year-old was not behind the move and instead it was ‘dictated by The Palace.’

In March 2020 just weeks after Prince Harry and Meghan moved to Canada the celebrity couple decided to leave Canada for the sunnier skies of California.

The couple and their 10-month-old son Archie took a private jet to the sunshine state just days after Canadian Prime Minister Justin Trudeau announced the country’s borders would be closing due to the coronavirus pandemic.

The move was dubbed ‘Megxit’ following the announcement in January 2020 that the couple would “step back” as senior members of the royal family and to become financially independent.

One year later and the couple are thriving after reportedly buying a nine-bedroom, 16-bathroom home in Santa Barbara, for $14.65 million, and signing multi-million dollar deals with Netflix and Spotify.

Archie Harrison Mountbatten-Windsor is entitled to be the Earl of Dumbarton, but the Duke and Duchess declined the honorary title.

It’s thought the couple made the decision and Archie, who is seventh in line to the crown, will never have royal engagements, duties or patronages.

In a statement to the Independent, the spokesperson for the Sussexes said: “The change of name on public documents in 2019 was dictated by The Palace, as confirmed by documents from senior Palace officials.

“This was not requested by Meghan, The Duchess of Sussex nor by The Duke of Sussex.”

The spokesperson added that the claim of a potential “snub” would be “laughable were it not offensive”.

The amendment was made on June 5, one month after little Archie was born.

Just weeks later the couple announced they were splitting from the nonprofit they shared with the Duke and Duchess of Cambridge to set up their own foundation.

Prince Harry and Meghan left the Royal Foundation, which was set up in 2009 to champion causes close to their hearts including the armed forces, conservation, and mental health.

The couple then formed their own charitable organization Archewell which focuses on conservation, female empowerment and gender equality.

Harry is set to return to the U.K. for the first time in over a year this summer but without Meghan and their now one-year-old son Archie.

The Duke has multiple events planned including the 100th birthday of his grandfather Prince Phillip.

A source told the Daily Mail that the move wasn’t a snub to the royals adding: “This is a personal and practical decision by the couple, but it would certainly help officials navigate what is likely to be a fairly tricky situation.”

Prince Harry is also due to return in time for the Queen’s 95th birthday and to attend the unveiling of the statue that he and William commissioned in memory of Diana at Kensington Palace in July.

I think we can all look forward to seeing the Prince arrive on U.K. soil again, and understand that we can never know what really goes on behind the scenes.

Please share this story with all the royal fans you know today.