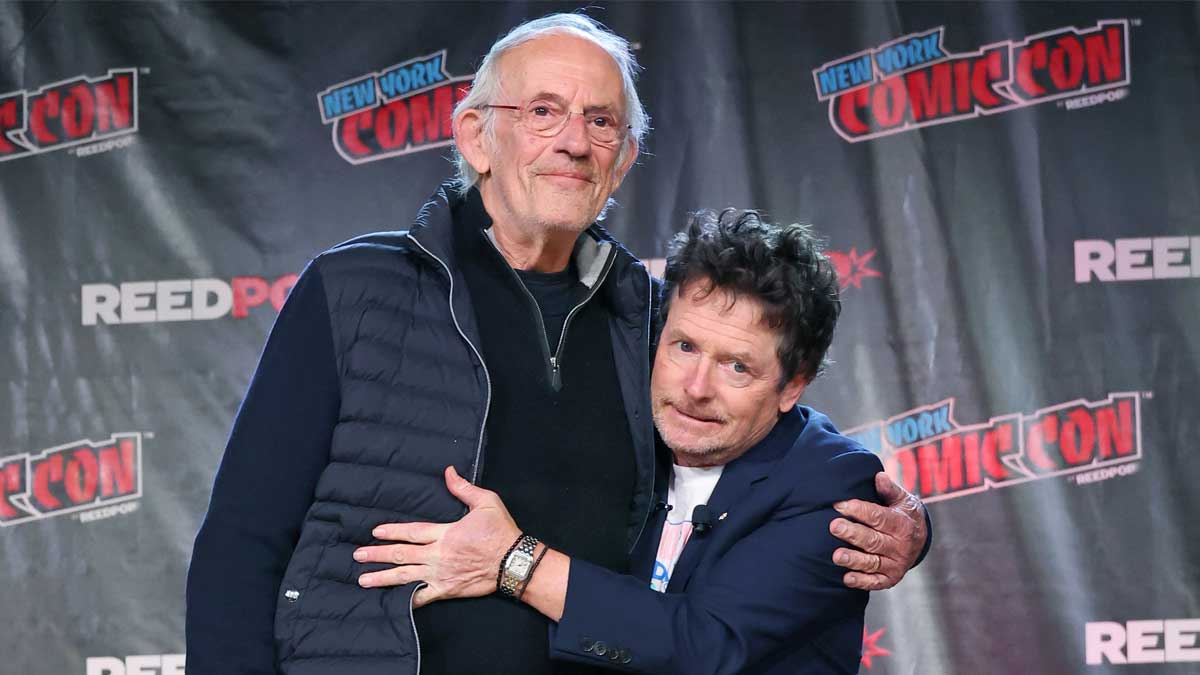 Back to the Future fans were in for a sweet treat Saturday when Michael J. Fox, 61, and Christopher Lloyd, 83, reunited on stage at New York Comic Con.

The two embraced in an emotional hug prior to a panel where they discussed the sci-fi comedy, which premiered 37 years ago.

Fox also spoke about his diagnosis with Parkinson’s disease, calling it a “gift.”

Shortly after Fox was introduced and made his way out onto the stage, Lloyd joined him.

Somehow the already thunderous applause grew louder, and the two actors embraced before taking their seats.

Once everyone settled, they spoke about how the principal photography had already taken place for Back to the Future when Fox was tapped to play Marty McFly.

“The announcement — at one o’ clock in the morning after we were shooting for six weeks — was that the actor playing Marty would no longer be playing Marty, and that tomorrow, we would start shooting with Michael,” Lloyd recalled, according to SyFy.

“I felt that I barely made it through the [first] six weeks and now I was gonna have to do it again?!”

Although Fox’s mother was initially concerned about his prior commitment to Family Ties, Fox accepted the role.

“The chemistry was there from the first scene we had, it was alive, and it remained that way for three movies,” Lloyd said. “It hasn’t gone away, by the way.”

Over the years, the two have reunited, each time causing fans to go wild.

On October 21, 2015 Fox and Lloyd, rather Marty McFly and Doc Brown, appeared on Jimmy Kimmel Live.

The late October date is the date McFly and Brown travel to in Back to The Future.

During the panel at NYCC, Fox briefly spoke about his Parkinson’s diagnosis.

“You guys have given me my whole life,” he said.

The actor was diagnosed in 1991 and went public with his diagnosis in 1998. He founded the Michael J. Fox Foundation in 2000, and its mission is to find a cure for the disease. It is the largest nonprofit funder for Parkinson’s disease.

“The best thing thing that happened in my life was this thing. Parkinson’s is a gift. I’ve said to people it’s a gift and they say, ‘You’re nuts.’ I say, ‘Yeah, but it’s the gift that keeps on taking.’ But it’s a gift and I wouldn’t change it for anything … It’s not about what I have, it’s about what I’ve been given.”

Seeing these two together again always makes my heart melt. I love both of them and their friendship so much.

Share this if you’re a fan of Michael J. Fox and Christopher Lloyd!