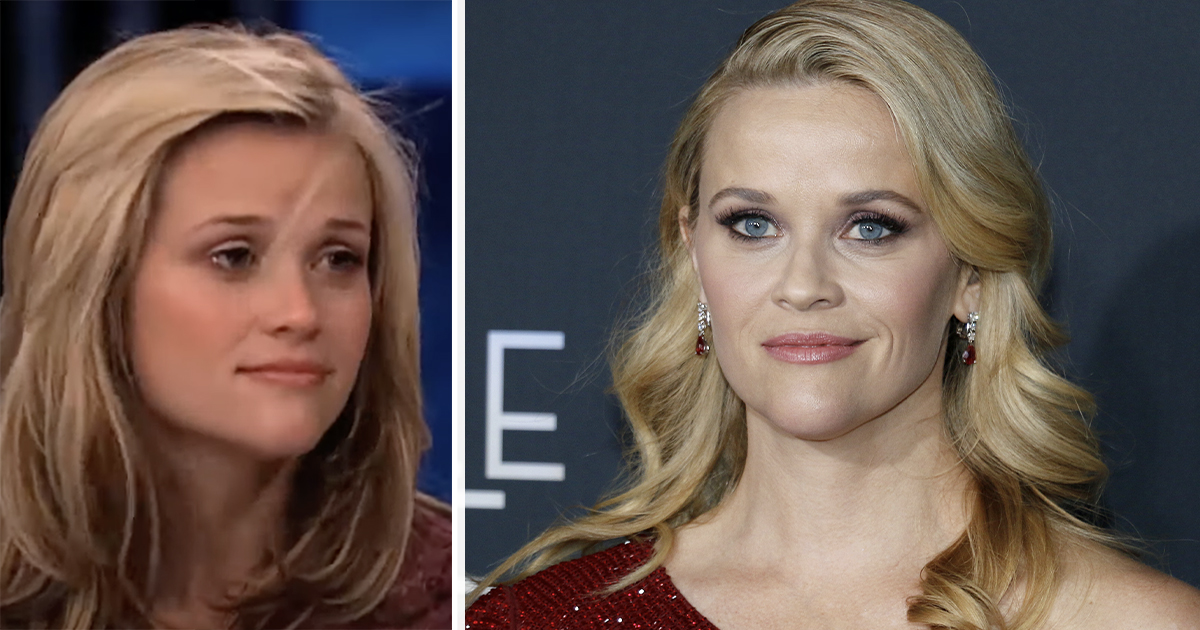 Reese Witherspoon has had a long and very successful career over the years. The actress and mother of two has been tackling a patriarchal environment ever since she was a young girl – but always gone her own way in order to succeed.

At the same time as Hollywood presents a glamorous lifestyle, it can also be very toxic.

Now, Reese Witherspoon has spoken out on her mental health, saying that she’s suffered from panic attacks – and had hypnosis in order to get help.

The Hollywood lifestyle has long been pictured as glamorous, amazing and, simply put, out of this world. Many dream about living a life beneath palm trees, in huge mansions, and going to celebrity parties, film premieres and starring in huge productions, be they on the big screen, small screen, theatre or music.

At the same time, however, Hollywood life can be very hectic. Many have witnessed how celebrity status can also be a negative thing due to all the pressure that comes with it. Not everyone seems to understand that huge stars are people just like everybody else, and that the person they may portrait on film or in interviews might not be the one that wakes up tired and dejected on a Tuesday morning.

For the most party, Hollywood celebrities are seen as privileged and entitled.

But not all celebrities stand out for doing crazy things or constantly putting themselves in front of the cameras to remain relevant. Take Reese Witherspoon, for example, who’s been a huge actor in Hollywood for a long long time.

Even though she is a much-celebrated, Academy Award-winning actress, Witherspoon has chosen to live a quiet family life. Her eldest daughter is all grown up now, and Reese tries to predominantly focus on philanthropic efforts for young girls.

From the outside, it might seem like she has no troubles at all in life. However, Reese has now decided to speak out on her mental health struggles.

Reese Witherspoon was born on March 22, 1976 in New Orleans, Louisiana. When she was still very young, her family left the U.S. Her father, John Witherspoon, served as lieutenant colonel in the US Army Reserves, and his family lived in Weisbaden, Germany, for about 4 years as a result.

Shortly after that, Witherspoon and her family moved back to the U.S. They settled in Nashville, Tennessee, where a young Reese decided she wanted to be an actress. At only 7 years of age, she starred in her first commercial and began working as a model. At 11, she won 1st place in a Ten-State Talent Fair, and soon landed the top spot in her cheerleading squad’s pyramid.

As a child, Reese was, as her father recalls, a self-proclaimed ‘dorky girl with coke bottle glasses’. She had dreams of becoming an actress, but since the family was living in the Country music capital of the world, singing was also on the agenda.

Reese dreamed of becoming the next Dolly Parton. On screen, she would later be praised for her amazing role as June Carter in Walk The Line.

“I tried to make her a neurosurgeon, but she did not want anything to do with that,” her father John Witherspoon told Veterans Advantage.

At 15 years of age, Reese got her big breakthrough role when she starred in The Man in the Moon (1991). At the same time as she was obviously a great talent, she also made sure to study hard.

“I was the classic nerd who was reading books all the time and writing letters and notes,” Reese Witherspoon told Cinema. “I got good grades which is the reason

She added: “I got into Stanford, even though a lot of people assumed that I got in because I had some small success as an actress. That had nothing to do with it. I worked for it. The only time I really fit in at school was when I was a cheerleader which is a very big thing in American schools, especially in the South.”

As Reese Witherspoon mentioned, she was a great student with straight A’s in high school. She went on to enrol at Stanford University in 1995, majoring in English Literature. She even had thoughts of going into pre-med, just like her dad.

But before Reese left to study in California, she also faced struggles at home. She had grown up in a patriarchal environment in Tennessee, and many people around the family thought of her decision as strange.

“Why would a nice Southern girl want to go to California for school?” friends of the family said, as quoted in Hollywood Reporter.

But Reese and her family didn’t care at all. She had great support from her parents regarding her studies, and they oftentimes reminded her that she needed a backup if her acting work wouldn’t pay off.

Today, of course, we know they had nothing to worry about.

During her first year at Stanford, acting jobs came pouring in for Reese. By her sophomore year, Reese decided to drop out and focus all her time on her acting career.

She moved to Los Angeles, where in 1998 she starred in the three-time Academy nominated film Pleasantville, alongside the likes of Don Knots, William H. Macy and Joan Allen. The same year, Witherspoon also starred in Twilight alongside Paul Newman: her successful career was heading straight for the top.

Then, in 2001, Witherspoon had her big breakthrough role upon starring in the comedy Legally Blonde.

The first film made a whopping $140 million worldwide. The sequel, released two years later, made another $125 million. All of a sudden, Reese Witherspoon had become America’s Sweetheart. Her portrayal of Elle Woods marked the turning point for her career.

She went on to star as June Carter in the now classic Walk the Line, for which she received an Academy Award. In recent years, she’s also starred in films including This Means War, Wild, and Water for Elephants. At the same time, she’s shifted her focus into producing, having worked with the film Gone Girl, as well as on several television series.

The year before Witherspoon starred in Pleasantville and Twilight, she met first husband, Ryan Phillippe. The meeting occurred when the actress held her 21st birthday party.

“I don’t know what came over me — maybe the seven Midori sours — but I told Ryan, ‘I think you’re my birthday present'”,” she said.

“He thought it was so flattering, and now that I think about it … how embarrassing!”

The couple got engaged a year later. In 1999, they tied the knot with a romantic ceremony in Charleston, South Carolina. Just three months later, Reese gave birth to her first daughter, Ava Phillippe.

The one word many use to describe Reese and Ava is “twins”. The resemblance between them truly is amazing!

Four years after Ava, Reese and her partner welcomed their son, Deacon.

In an interview with Jay Leno, Reese explained the story behind the name ‘Ava’ and how she together with husband Ryan came up with it.

“My daughter’s name is Ava… [like] Ava Gardner, because to me she was the only woman who could break Sinatra. So the idea of that name to me is very classy and strong.”

In 2011, Witherspoon married her second husband, Jim Toth. They welcomed their son, Tennessee James Toth, in 2012.

At the same time as Reese Witherspoon’s life and career have looked like a fairytale, things haven’t always been that great behind the scenes.

In 2014, she starred in the drama Wild, and she had a very tough time. Not only did Witherspoon struggle with her mental health during filming as she was “very scared” of doing the film, but it was the first time she was pretty much all alone on camera.

Speaks out on panic attacks

“I had hypnosis, I was so scared, I was having panic attacks for three weeks before I started,” Reese Witherspoon recalled. “There was the nudity, sexuality, and drug-use aspect, but also being alone on camera with no other actors. I hadn’t ever been alone in scenes for days and days.

“There were probably 25 days of the shoot where I had no other actor opposite me. It was just me and a camera and a backpack. I was like, ‘Is this going to be so boring?'”

As it turned out, the project was far from boring. Reese fought through her mental health, and Wild became a huge success, earning herself an Academy Award nomination.

Even though Reese had fears related to the role, her age played an important role in giving confidence when it comes to acting.

“I now know what I’m good at, and I know what I’m not good at,” she told Interview Magazine. “My passions have become more intensified as I’ve gotten older.”

Reese has long been considered one of “Hollywood’s Best-Paid actresses”, but fame hasn’t gone to her head. She’s still seen as the friendly and family-oriented person who could be a person you might pass on the street – maybe that’s one of the main reasons why she’s become so loved by people all around the world.

The media, meanwhile, have portrayed her as the “good” girl of Hollywood, and to be fair, it’s very true. It’s also something that Witherspoon herself is happy about.

“What if the media had decided I was something else? I would be in a totally different position,” she told Time. “I want to say it’s my decisions or the career choices I made, but it felt very arbitrary. And kind of sh-tty.”

Besides from working hard in the entertainment industry, Reese Witherspoon is, as mentioned, very family orientated. Last year, she opened up about being a mother, and explained how she related to the book Little Fires Everywhere.

“It’s so difficult to articulate what motherhood means, and there are so many passages in the novel that did,” the actress told People, and continued with reciting a passage of the book.

“One passage was about training yourself to live on the smell of an apple alone, when what you really wanted was to devour it, to sink your teeth into it and consume it, seeds, core, and all.

“It’s such a vivid way to describe the loss of your children as they grow up,” Witherspoon added. “My daughter was applying for college back then, so it hit me like an arrow in the heart.”

Reese Witherspoon sure is an amazing actress. She seems to be a wonderful mother with a great relationship with her children. We wish her all the best in the future!