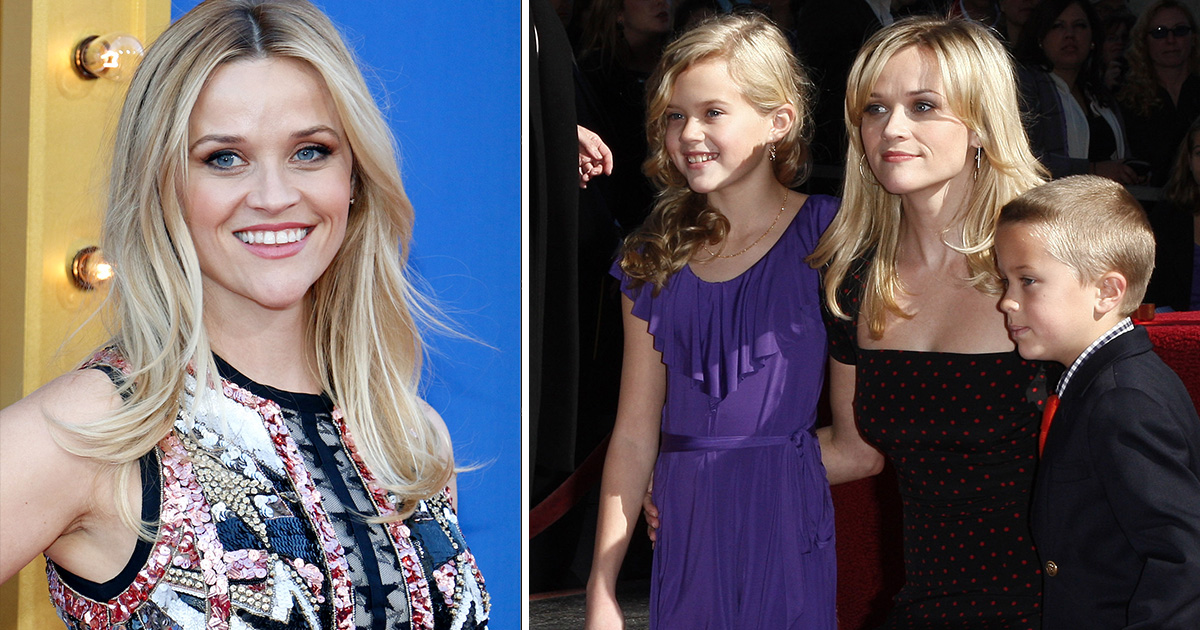 Reese Witherspoon, 44, is an admired and well-respected actress in the world of cinema. The Academy Award-winning actress became a mother for the first time at age 23, when she gave birth to daughter Ava Phillippe.

Now, Ava’s all grown up and turned 21 just a week ago.

The resemblance between Ava and Reese of course are many. But the fact is they could be mistaken for twins!

Speaking about Hollywood and the world of show business, it’s common that children of movie stars also follow in mom and dad’s footsteps.

There are plenty of examples of that happening, but at the same time, it’s a different thing for the children.

At the same time as we see a movie star or a well known actor all around the world, to them it’s just mom and dad.

Children that are born to Hollywood stars are often famous before they know it themselves. Just look at the children of Michael Jackson, that pretty much were celebrities the moment they were born.

Many of them go in their parents footsteps. But one that doesn’t is the oldest daughter of Reese Witherspoon, Ava Philippe.

READ ALSO: Pierce Brosnan’s son Dylan is all grown up – this is him today

Reese Witherspoon was born in March. 1976 in New Orleans, Louisiana. She grew up in Nashville, Tennessee, but it wasn’t until she enrolled at Stanford University that she started to pursue her acting career.

The had critical success including roles in films Pleasantville and Election, and also starred in a couple of TV-series.

In 2001, she had her big breaktrough role starring in the comedy Legally Blonde.

Her portrayal of Elle Woods marked the turning point for Witherspoon’s career, with the actress winning an Academy Award in 2005 for her role in Walk the Line. In recent years, she’s also starred in films including This Means War, Wild, and Water for Elephants.

“I don’t know what came over me — maybe the seven Midori sours — but I told Ryan, ‘I think you’re my birthday present,’

The couple got engaged a year later and in 1999, they tied the knot with a romantic ceremony in Charleston, South Carolina.

In an interview with Jay Leno, Reese explained the story behind the name ‘Ava’ and how she together with husband Ryan came up with it..

“My daughter’s name is Ava… [like] Ava Gardner, because to me she was the only woman who could break Sinatra. So the idea of that name to me is very classy and strong.”

Already mentioned, Ava decided not to follow in her actor parents footsteps. Instead, she went her own way, and today she’s all grown up, and she looks like the exact copy of her mother Reese.

Ava Phillippe decided to study at UC Berkeley outside San Francisco, California. She’s a sophomore, but just because her mother’s a huge Hollywood celebrity, Ava decided not to go all in living in a huge house.

According to Daily Mail, she lives in a dorm room, which definitely shows she’s going her own way and not riding the wave of her mother.

Also, she’s said to be driving a regular Volkswagen, and not a luxury car as most members of her family.

In an interview with Ellen DeGeneres, Reese said it was hard seeing her daughter leave to study in another city.

“I might have gone into her empty room, laid down on her bed and cried when she went to college,” she said.

Via Instagram, Ava’s posted pictures of Reese when visiting.

Reese Witherspoon and Ryan Phillippe announced that the couple had separated in 2007, with the actress marrying her second husband Jim Tooth in 2011.

In September of 2012, Reese gave birth to a baby boy, Tennessee James Tooth.

Earlier this year, Witherspoon opened up about being a mother, and explaining how she related to the book Little Fires Everywhere.

“It’s so difficult to articulate what motherhood means, and there are so many passages in the novel that did,” the actress told People, and continued with reciting a passage of the book. “One passage was about training yourself to live on the smell of an apple alone, when what you really wanted was to devour it, to sink your teeth into it and consume it, seeds, core, and all.”

“It’s such a vivid way to describe the loss of your children as they grow up,” Reese added. “My daughter was applying for college back then, so it hit me like an arrow in the heart.”

So Ava’s in San Fransisco studying, but she has been doing creative work just as her mother.

She’s already made her way in the fashion world and starred in the lookbook for Rodarte’s Fall 2018 collection. She did it alongside Hollywood celebrities such as Danai Guriara and Tessa Thompson.

After her Rodarte gig, Ava became the face of another fashion brand. And this time, she would work closely together her mother.

She modeled for Reese Witherspoons lifestyle and clothing line, Draper James, and for the Spring 2018 collection, mother and daughter modeled together.

And it surely was amazing!

Ava Phillippe helped her mother pick out the wedding dress for the marriage and was also maid of honor.

Speaking with Us Weekly back in april, Reese explains how her daughter looks at fashion.

“She’s very cutting-edge, and she knows a lot about fashion. And she has her own sense of style, which is amazing,” mother Reese said. “We try to kind of confer about new styles. She tells me whether or not I can wear things.”

Reese and her daughter Ava seams to have a great bond. They have been skiing together, doing all the fun things as a mother and daughter should.

A couple of weeks ago, Ava turned 21 and celebrated together with her family.

In a emotional post on her Instagram page, Reese showed love and appreciation for her daughter on the big day.

“Wow! How is it possible that this little girl is now 21 years old? Happy Birthday to my sweet girl who has become the most incredible young woman,” Witherspoon wrote in the tear-jerking Instagram post. “Her kindness, her compassion, and her huge heart never cease to amaze me. Ava, there aren’t enough words to describe how proud I am of everything you’ve already accomplished. I cannot wait to see ALL the Good you will put into this world. I love you so much Ava.”

The one word many described Reese and Ava as in particular were “twins”.
In fact, they really look alike, not as daughter and mother but as twins. The resemblance is amazing!

Many of Witherspoon’s friends such as Kerry Washington, Jennifer Gardner and Selma Blair sent their own birthday greetings to Ava Phillippe.

“Love you the most, mama,” she wrote.

It surely isn’t the first time that Reese and Ava’s been spotted together as twins. Back in November, Reese posted a photo of the two eating lunch. And many Hollywood celebrities commented on the post.

READ ALSO: Matthew Labyorteaux from ‘Little House on the Praire’ – this is him today

In an interview with Witherspoon’s brand Draper James, Ava spoke about her mother as a huge inspiration.

“The best thing about how my mom has influenced my style is that, while I do take her advice, it’s still my own,” she said. “She and I agree on a lot of what’s “fashionable,” but we have different taste, and she’s really respectful of my personality as I express it through clothes.

“I think as a teenager, it’s important to have both guidance and freedom in finding your style, and my mom is really good at balancing that.”

Besides working in fashion and studying, Ava is doing plenty to stay creative.

Via her Instagram page, she shares many of her sketches of animals, abstracts and people. And wow, she’s doing an amazing work!

Even though she have decided no to pursue a career in acting, Ava definitely have the tools to be an amazing artist.

Also, as any animal lover, she shares tons of pictures of her dog.

Ava Phillippe just turned 21 years of age. And seeing all the love she get’s from mom Reese Witherspoon and the creative work she does, we’re sure that she will be as successful as her mother for many years to come.

Ava Phillippe is a remarkable woman, and we’re sure that mother Reese Witherspoon is so proud of her. It’s also amazing to see how they look exactly the same, like twins!

Please, share this article if you also think Ava is the splitting image of her mother.