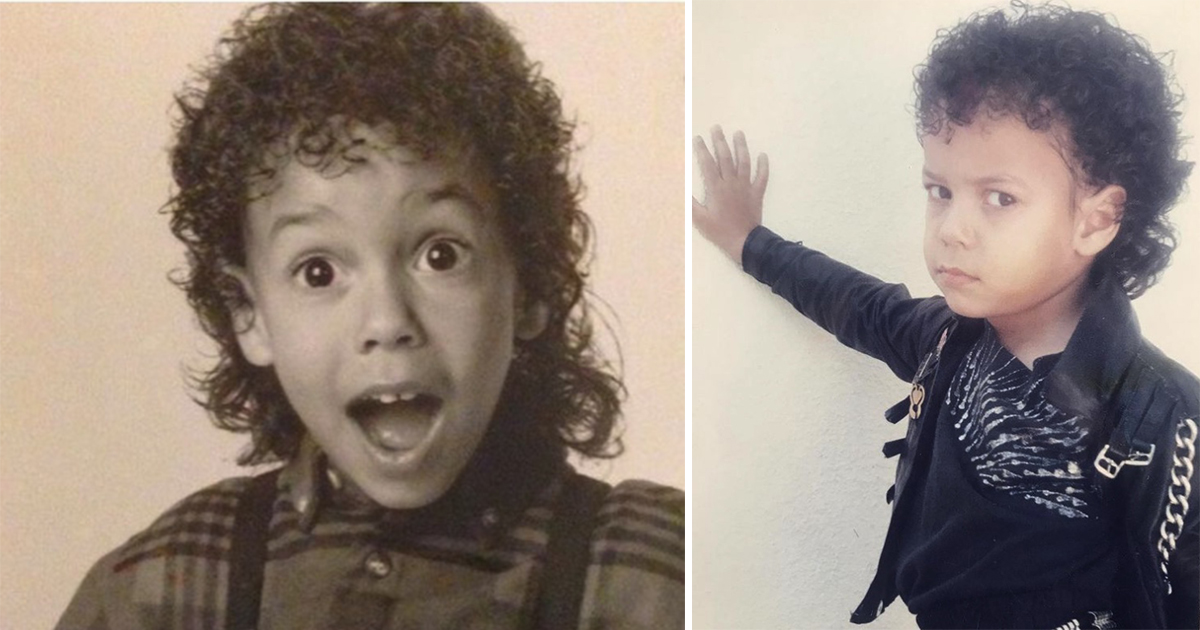 He may play Devon on “The Young and the Restless” now, but some remember that Bryton James started as the lovable Richie Crawford on the former hit show, “Family Matters.”

As with all TV stars who broke through at a young age, you often want to know how they are doing today. Many child stars struggle to maintain their fame as they age and lose the adorable image they are known for.

Bryton James, formerly the adorable Richie on “Family Matters” is the exception to the rule and he came a long way since the Family Matters days…

James was born Bryton Eric McClure in 1986 and grew up in Fullerton, California. When he was 3 ½ years old, he landed the role of Richie Crawford on the sitcom Family Matters.

As the adorable Richard ‘Richie’ Crawford, the only son of Robert and Rachel Crawford, James starred in over 200 episodes and could be seen in the show from 1990 to 1997, when the show ended.

In the beginning, his mother had to help him with lines.

“I’ve had great parents that from a very young age have made me very mentally strong to deal with anything that life throws at me,” James said.

After Family Matters ended, James wanted to pursue a career in music.

He actually signed with Universal when he was 12 or 13 and did a tour in Europe. But then 9/11 happened, and James decided to take a break for 3 years.

Under his stage name, the actor began working on “The Young and the Restless” back in 2004.  Since starting on the show, James has earned a Daytime Emmy for Outstanding Young Actor in a Drama Series (2007), an award he has been nominated for an additional four times for his portrayal of billionaire Devon Hamilton on the series.

Bryton has been an essential and central character in the soap opera since he was a teenager. He is one of several Family Matters cast members who leaped the 80s comedy to the top-rated drama.

“I’ve always considered The Young and the Restless to be my first real acting, acting job because I understood what it was to get better,” he says.

The actor’s second Daytime Emmy came just last year for Outstanding Supporting Actor in a Drama series, a category he had been nominated for twice before.

The nomination do not end there: the former child star has also been nominated for an NAACP Image Award for Outstanding Actor in a Daytime Drama Series in 2005, 2006, 2007, and 2008. He won the award in that category a year later, in 2009.

Bryton has had brushes with various megastars in his line of work as well, one of whom was the late Michael Jackson.

He worked with the actor in his youth and even called him a friend.  After the controversial 2019 documentary “Leaving Neverland,” which included interviews with two men who accuse Jackson of molesting them, James publicly released a statement online in support of the musician:

“Over our 15-year friendship, neither I or my family ever witnessed @michaeljackson conduct himself inappropriately with a minor, or anyone for that matter.”

Supporting former co-workers is a trend for Bryton, who remained loyal to former costar Kristoff St. John for years after the end of their show. He espressed great grief after the death of his on-scnreen father and mentor.

When St. John suddenly died of hypertrophic heart disease in 2019, James joined the cast and public to mourn him.

He has reunited with his former mother on screen, as well, acting alongside Telma Hopkin on “the Young and the Restless” years after the pair had worked together in “Family Matters”.

Hopkins will play a private detective on the show name Denise Tolliver, spearing to reveal shocking details about Amanda Sinclair on the show—Devon’s love interest.

Working together for the first time since 1998, Hopkins revealed that working with James “feels like home.” James additionally expressed joy at working with his former costar once more, explaining, “To step on my first stage with her and have Telma be the one to make me feel so comfortable and at home back then, it is very special.”

When he’s not acting, Bryton has led a successful career as a singer. His single “Ooh, the Way I Feel About You” on “Stars 2000,” a German TV series.

The star has even performed his music live, once performing with Michael Jackson for “United We Stand” to raise money for 9/11 victims. He’s additionally performed in a variety of international television networks.

Bryton James is as handsome out as he is inside!

I grew up watching Family Matters so I kind so him like a fictional little brother for some reason.

I’m glad to see he’s turned out good, so many child actors I remember watching growing up are a total mess!