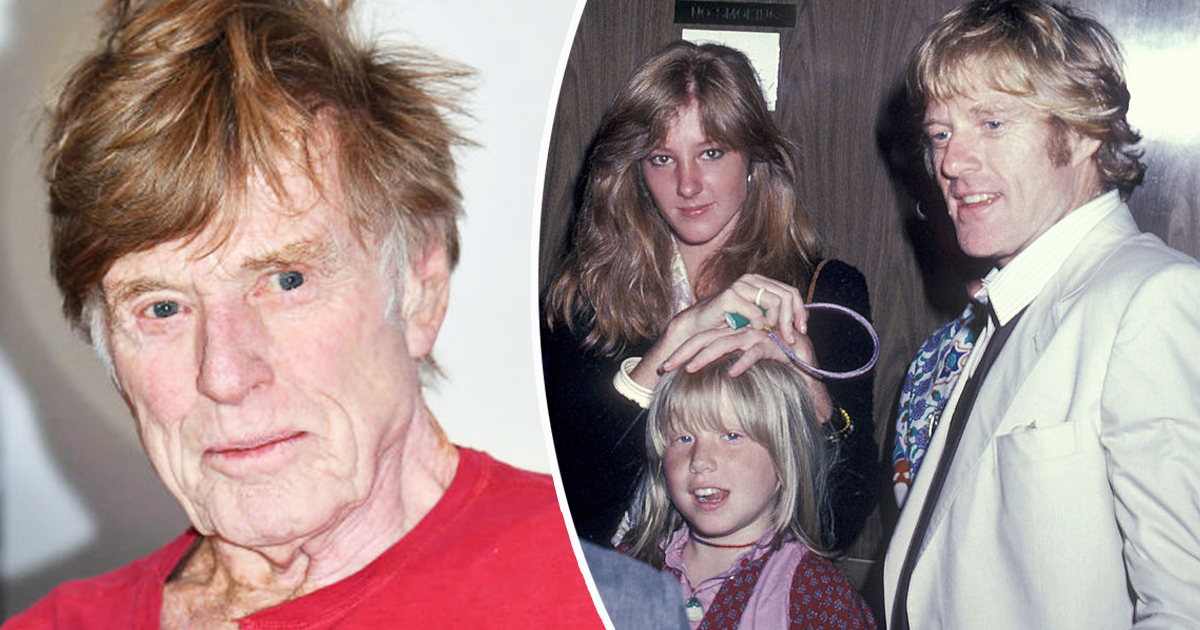 Robert Redford, 85, rose to fame as the Sundance kid and went on to enjoy a six-decade successful career in the movie industry as well as founding the Sundance Film Festival.

His humble beginnings as the son of a milkman-turned-accountant in Santa Monica, California, led him to pursue fame and stardom – but he also faced many struggles and tragedies in his life, including his young son’s death.

Finally, the Hollywood star opened up about his hardships and the most profound tragedies in his life.

Born on August 18, 1936, Robert Redford has lived a life that few others can match. But the successful actor, who had polio as a child, also suffered a lot of heartache and tragedies.

Back in the day, Robert Redford was a self-confessed ”bad student,” and he lost his scholarship to the University of Colorado after he started drinking heavily. But the restless kid who felt he was on the receiving end of a lot of criticism could always rely on his mom for support.

“The one person who stood behind me was my mother,” he said at the Sundance Film Festival Utah Women’s Leadership Celebration in 2018.

“She believed that all things considered, she just had faith that I had something in me that was going to turn out OK,” he said, as cited by Womans World.

He described his Texan-born mom Martha Hart as an adventurous person who always saw things in a positive light. He also credits her for his strong connection to women.

Sadly, his devoted mom passed away when she was just 40 years old. The cause of death was an unexpected rare blood disease.

“She had a hemorrhage tied to a blood disorder she got after losing twin girls at birth 10 years after I was born,” he said, adding that his mother had been warned that another pregnancy would be dangerous.

“She wanted a family so badly, she got pregnant again,” said Redford, adding his mother’s death “seemed so unfair.”

Redford, who was only 18 years old when he had to bury his beloved mother, revealed his biggest regret was not telling her ”thank you.”

“I took [her] for granted because that’s the way kids were at that age,” Redford admitted. “My regret is that she passed away before I could thank her.”

After his mother’s death, Redford traveled around Europe and later studied painting at the Pratt Institute in Brooklyn and took classes at the American Academy of Dramatic Arts.

Still grieving from the loss of his mother, he found comfort in his first marriage to the Mormon girl Lola Van Wagenen. The couple tied the knot three years after his mother’s death. The actor, then 22, said that the union “saved his life” at the time.

Robert Redford and Lola Van Wagenen stayed married for 27 years and had four children together. Sadly, their first born Scott Redford died at a very early stage in life – a tragic event that shocked his parents to the core.

At the age of 2½ months, Scott Redford passed away, and the cause of death was something called ”sudden infant death syndrome.” The famous actor blamed himself for not checking on his baby earlier.

It took a very long time before Robert spoke publicly about Scott’s death, but after 52 years, he finally opened up about the tragic event in an interview with Denver Post.

“We were very young… We didn’t know anything about SIDS, so the only thing you think is that you’ve done something wrong,” he explained. He continued, “as a parent, you tend to blame yourself. That creates a scar that probably never completely heals.”

Sudden infant death syndrome (SIDS) became a named entity in 1969, and today, it’s the leading cause of death among infants from one month to 1-year-old.

Though SIDS remains unpredictable, you can help reduce your infant’s risk, and much more is known about the syndrome today than what parents knew during the 1950s.

Scott Redford, born in September 1959, was buried near Robert and Lola’s home in Provost, Utah. Unfortunately, this was not the last time Robert Redford would be forced to bury his own child.

James Redford, also known as Jamie, was Robert Redford’s third child. He was born in 1962 to Lola Van Wagenen and Robert Redford.

Jamie, who worked as a filmmaker and was an environmentalist, had reportedly struggled with health problems since his childhood. As per his IMDb page, he was diagnosed with Primary Sclerosing Cholangitis, a rare autoimmune disease affecting the liver.

He received two liver transplants in 1993 and went on to found the James Redford Institute for Transplant Awareness, a nonprofit created to educate the public about organ and tissue donation.

According to his wife Kyle, James’s cancer was discovered in November 2019 as he was waiting for a liver transplant prompted by the return of his liver disease two years ago.

In October 2020, James passed aged 58 as a result of bile-duct cancer in his liver. Speaking to PEOPLE, a rep for Robert Redford said that the actor: “is mourning with his family during this difficult time and asks for privacy.”

“The grief is immeasurable with the loss of a child,” the rep continued.

“Jamie was a loving son, husband and father. His legacy lives on through his children, art, filmmaking and devoted passion to conservation and the environment.”

After 60 years in the business, Robert Redford announced that the 2018 film, The Old Man & The Gun, would be his last. Since stepping back from acting, he has remained relatively quiet though he still had a few directing and producing projects to complete.

When reflecting on his life and career, the 85-year-old shared what’s been the most challenging part of his life.

”The hardest thing is when your children have problems. There have been so many hits on our family no one knows about and I don’t want them to for my family’s sake”

I had no idea that this Hollywood legend suffered such a tragedy; losing his mom and two children must have been so hard.

His will to carry on and succeed despite such a loss is an inspiration. Thank you for all your wonderful work Robert Redford. Please share if you too love this screen star.