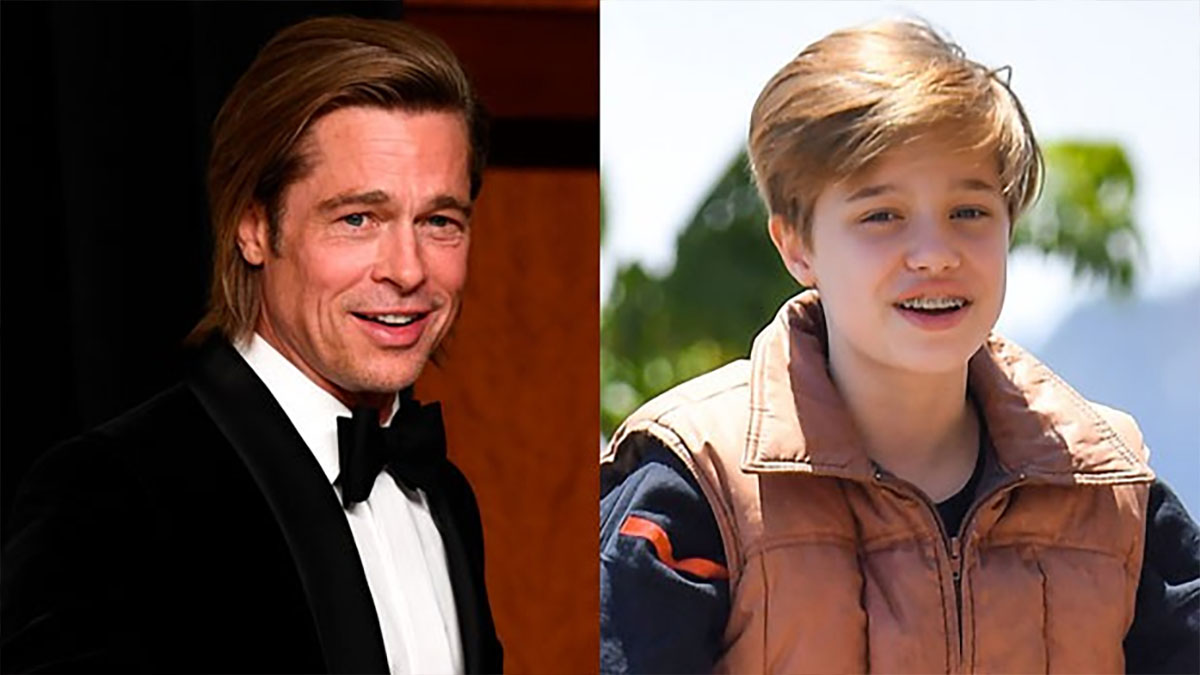 Angelina Jolie and Brad Pitt sparked a media frenzy when they first got together. Whether you loved, hated or even cared that two of the most beautiful people in Hollywood were together – you simply couldn’t avoid images of them together in every publication.

Despite rumors of infidelity and secret affairs, Hollywood’s most iconic couple stayed with one another for 12 years, raising their three biological children and three adopted children.

“Tomb Raider” star Angelina Jolie already had two adopted sons, Maddox and Pax, when she met Brad Pitt on the set of “Mr. & Mrs. Smith” in 2004. Brad Pitt was still married to Jennifer Aniston back then.

“Because of the film, we ended up being brought together to do all these crazy things, and I think we found this strange friendship and partnership that kind of just suddenly happened. I think a few months in I realized, ‘God, I can’t wait to get to work.’ … Anything we had to do with each other, we just found a lot of joy in it together and a lot of real teamwork. We just became kind of a pair,” Angelina Jolie told People in 2006.

At that time, there were a lot of rumors about a possible romance between Pitt and Jolie – but the main characters of the speculation kept quiet.

“We spent a lot of time contemplating and thinking and talking about what we both wanted in life and realized that we wanted very, very similar things,” Angelina said.

Angelina then agreed to adopt Ethiopia-born Zahara Marley in 2005 and Brad Pitt co-adopted her in 2006.

It was in 2006 that they confirmed they were a pair, when Angelina announced that she was pregnant with Brad’s child. To avoid the media frenzy that would have undoubtedly ensued, she and Pitt traveled to Namibia for the birth.

The fact that Brad and Angelina, dubbed “Brangelina”, were to have a child together became world news.

According to photo agencies, the very first picture of the child was estimated as being worth $1 million – no wonder an army of paparazzi did all they could to get close to the couple.

“Not since Jesus has a baby been so eagerly anticipated,” wrote New York magazine.

Brad and Angelina sold the pictures of their gorgeous bundle for a record amount of money, with all proceeds donated to UNICEF.

”While we celebrate the joy of the birth of our daughter, we recognise that 2 million babies born every year in the developing world die on the first day of their lives. These children can be saved, but only if governments around the world make it a priority,” the couple said in a statement.

The extraordinary circumstances this little girl was born into meant it was hard to go anywhere without the media following, but despite the attention, the couple have done everything they can to keep their children’s lives private.

Of course, all eyes remained on Shiloh. Unsurprising, considering her parents.

In May of this year, Shiloh turned 14 years old. She’s now starting to grow up fast. The teenager is reportedly close to her older brothers and sister, as well as younger twin siblings Knox and Vivienne, now 12 years old.

None of them are on social media, so a lot isn’t known about the famous family, but one story that has come to light is that the couple’s oldest biological child hasn’t gone by the name Shiloh since a very young age.

The youngster has instead gone by the name of John Jolie-Pitt, which she chose herself.

During a 2008 interview with Oprah Winfrey, Pitt opened up about Shiloh asking him to call her John instead.

”She only wants to be called John. John or Peter. So it’s a Peter Pan thing. So we’ve got to call her John,” he said.

Her parents, who divorced in 2019, are fully supportive of their child’s choice of name and support John’s desire to match clothes with her brothers.

“She wants to be a boy,” Angelina told Vanity Fair. “So we had to cut her hair. She likes to wear boys’ everything. She thinks she’s one of the brothers.”

Mom Angelina approved of the name change despite the name Shiloh having a personal meaning to her.

“It was a name my parents almost named their first child — there was a miscarriage: Shiloh Baptist. Because my father had been shooting in Georgia and that was the most southern name [my parents] could come up with,” she explained.

“It’s a name I always liked. I used to go under it in hotels: Shiloh Baptist. I’d gone under it when Brad called hotel rooms where I was staying.”

Despite Brad and Angelina’s divorce, Shiloh has maintained good relationship with both her parents.

What’s more, according to media reports, Brad Pitt is a very proud father.

”Brad’s kids are the most important thing to him. He tells his friends he learns so much about life from his own children,” a source told Entertainment Tonight, continuing:

”He and Angie have been getting along so much better since the custody rules have been worked out. They have come so far.”

Doesn’t Shiloh look so very much like her father? Many also think that she has inherited her mother’s lips.

”Brad is so proud of Shiloh and who she has become. He loves that she always stays true to herself and is so good to her brothers and sisters,” one source told ET.

Fast forward to March 2020, and Angelina Jolie revealed that her daughter had gone under the knife. She wrote for Time, in connection to the International Women’s Day.

“I have spent the last two months in and out of surgeries with my eldest daughter [Zahara], and days ago watched her younger sister [Shiloh] go under the knife for hip surgery.

“So my wish on this day is that we value girls. Care for them. And know that the stronger they grow, the healthier they will be and the more they will give back to their family and community.”

We can all learn a lot from Brad and Angelina’s handling of this situation; allowing John to embrace what she’s comfortable wearing and how she wants her hair styled.

This way there’s no pressure to conform to any ideal and John can take her time figuring out who she wants to be. After all, it’s all any young person is trying to do.