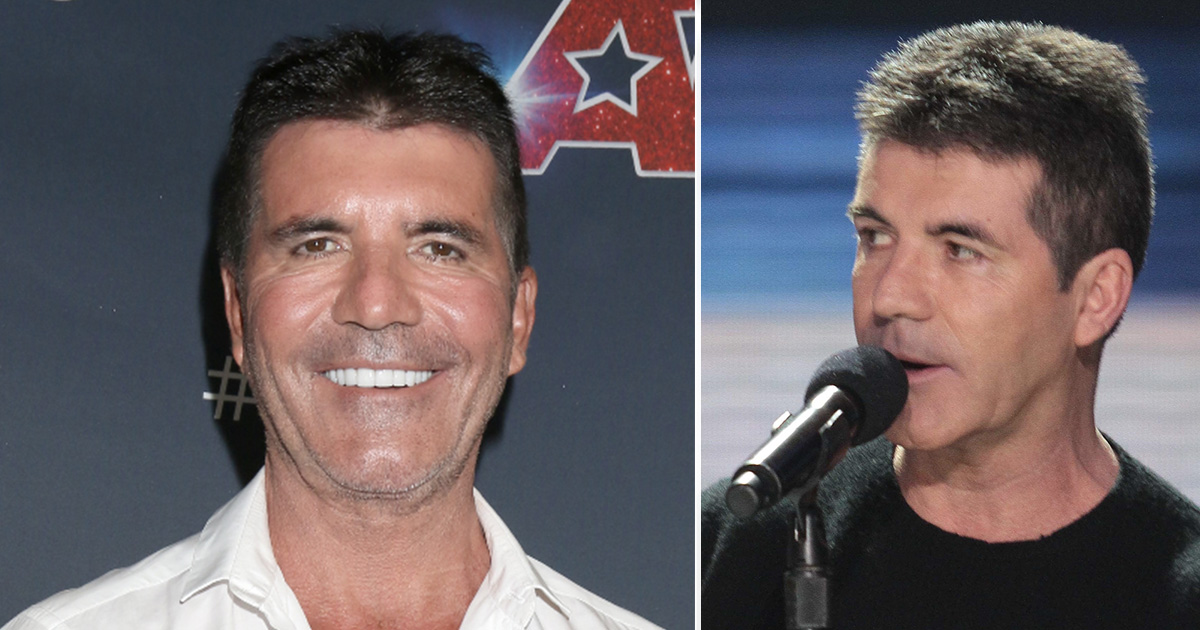 Simon Cowell went from an unknown record company worker to one of the most influential people in show business. The British producer and TV star has created a huge empire for himself, and has been the star judge on several talent shows.

The talent shows brought Simon a different kind of audience, and his unique, often brutally honest approach has proven rather popular.

Maybe that’s one of the reasons as to why he’s made so much money, and we’re talking a lot of money. In fact, Simon Cowell’s been paid millions and millions of dollars over the years, with new reports highlighting just how much he made per season of American Idol.

Simon Cowell got his own job in music after he dropped out of school. His father was able to hire him as an assistant at record label EMI, where his responsibilities were to find new talent and develop artists.

As he moved up the ladder at EMI, he went on to start two music labels of his own, though these didn’t achieve any level of success.

He moved back home to live with his parents; something that could’ve broken anyone. For Simon Cowell, though, it was a “relief”.

“Everything went – my house, my Porsche, all the things I thought were important,” he explained. “I had nice food every night at home. I was quite happy, really.”

Cowell started over and founded S Records Label, to which he signed boybands like 5ive and Westlife. He also signed artist Jerome, who recorded the Righteous Brothers’ hit Unchained Melody in 1995. It turned out to be a top-selling single.

However, it was through talent shows that Simon himself would rise to fame.

“My talent is for creating things the public will like,” he explained. “I’m interested only in making money, for myself, and the people I work for. I mean, that’s absolutely the only criterion I attach.”

In 2001, the world of entertainment would witness the birth of a new entity. Together with Spice Girls manager Simon Fuller, Simon Cowell created the program Pop Idol, on which he starred as a judge. The show became a smash-hit among the viewers, and Simon became a mega-celebrity overnight.

His tight T-shirt and now classic catchphrase, “I don’t mean to be rude but,” became a trademark. Just one year later, Fox picked up the show. Now it was headed for the US, and Simon had all of a sudden become a celebrity across the Atlantic.

The first season finale – which Kelly Clarkson won –  attracted more than 26 million viewers, and Simon quickly understood that there was a huge amount of money to be made here.

Simon was transformed into a multi-millionaire in just a couple of years. The talent shows, including X Factor and America’s Got Talent, generated huge amounts of money for him, as well as other record companies, and in 2006, he landed a new deal.

Cowell remained a judge on American Idol for another five years – and this made him a great amount of money.

Simon Cowell, Paula Abdul and Randy Jackson were the three judges when American Idol premiered. It started out as an interesting project, but it quickly grew to be one of the most popular shows on television, changing many people’s lives and giving the audience world class artists.

Two of the most notable winners over the years have been Carrie Underwood and Kelly Clarkson – in the future, many more will surely come.

Simon stayed on the show for a total of nine seasons. He also created The X Factor for both the US and UK, and founded the production companies Syco TV, Syco Film, and Syco Music.

Made $36 million in one year

Cowell was the judge on both The X Factor in the US and UK. At the same time, he was also judge, as well as executive producer, on America’s Got Talent and Britain’s Got Talent.

Even though he was a judge on many shows, one thing stayed the same. His raw, almost rude, attitude was always present. But at the same time, he had no problem with getting emotional when he heard something beautiful.

At the same time as Simon’s been seen laughing at funny auditions, he’s also been able to laugh all the way to the bank.

According to CNN, Simon Cowell made a staggering $36 million dollars in 2008 alone. According to Celebritynetworth.com, the media mogul earned $45 million in 2017, and the year after $41 million. In 2020, Simon Cowell bagged more than $50 million.

In total, Simon Cowell has a net worth of $600 million. He donates a portion of his money every year to different organizations. During the COVID-19 pandemic, he donated $1.5 million to Feeding America and Feeding Britain.

With all this money, you can do pretty much anything you want. To that end, Cowell’s bought himself a huge Malibu mansion just outside Los Angeles, California, and has focused quite a bit on altering his appearance.

For example, the media mogul’s had several injections and botox in his face over the past few years. According to Hello Magazine, he was actually one of the first male television stars to admit to having Botox.

In 2018, Cowell told the Sun he had undergone a non-surgical “sewing bioplastic-infused thread” facelift.

“Probably did a little too much”

Cowell added that him using Botox actually “added 10 years” to his television career, which has been majorly successful. However, he admits that he probably went a little bit to far.

In more recent times, though he’s still working hard with several of his businesses, Simon has become a family man as well.

In 2013, he and his girlfriend Lauren Silverman announced that they were expecting their first child. On Valentine’s Day of 2014, they welcomed their son, Eric.

Cowell’s family are living their best life, but at the same time, Simon has had several problems with his health.

Simon Cowell’s undergone an incredible health journey over the last couple of years. And the result is nothing less than fantastic!

In just 12 months, Simon’s lost 56 pounds. And the COVID-19 pandemic – and its accompanying lockdown – hasn’t given him any excuse to pile the weight on again.

But last year, Simon was in another serious accident when he fell off his electric bike in the courtyard of his home in Malibu, California. He was taken to the hospital and underwent surgery to repair a broken back.

Cowell was “doing” fine following the six-hour surgery, which included placement of a metal rod. Things really could’ve turned out way worse than it did.

It forced him to miss the beginning of last season’s live show America’s Got Talent.

Even though his message seemed calming for his fans, things weren’t really as positive as they might have been.

“I was thinking, ‘I’ve got to get back into the house because I can’t lie there’, and made myself kind of get carried into my bedroom, which is right there at the beginning of the house, and I’m lying there and I’m kind of passing out … It was surreal,” he said.

Simon Cowell was said to have been testing a new electric bike with son Eric. The hardest part for him was recovering from the accident at home, which he thought was embarrassing to do in front of his son.

“I was so embarrassed about coming home looking about 100 because I couldn’t walk, and I have these metal rods in my back and these screws,” Cowell explained. “

I said, ‘Lauren, I just don’t know how to explain it to Eric.’ She obviously said something to him because he came in and I was lying in bed and he said, ‘Daddy, you’re like Ironman,’ and I thought that was the sweetest thing and it meant a lot.”

Recovering from the accident has taken some time. However, it also has shown us all that Cowell is very determined, doing all he can to get back to normal.

And he’s done it in a very impressive way.

According to Daily Mail, Simon has been walking over 40 miles each week to help with his recovery from his injury. He holds business meetings every morning, and walks for several hours each day. The music mogul sure is doing everything he can to get back to normal, and others are also impressed.

Simon Cowell has created himself a media empire. But also, he’s met the love of his life and had a wonderful son. He’s doing all he can to recover from his horrible injury, and hopefully, we’ll see him as a judge on television before too long.

What would you do if you had $600 million in the bank? Give us your thoughts in the comment section. And meanwhile, share this article with friends and family on Facebook if you enjoy watching Simon Cowell on television!