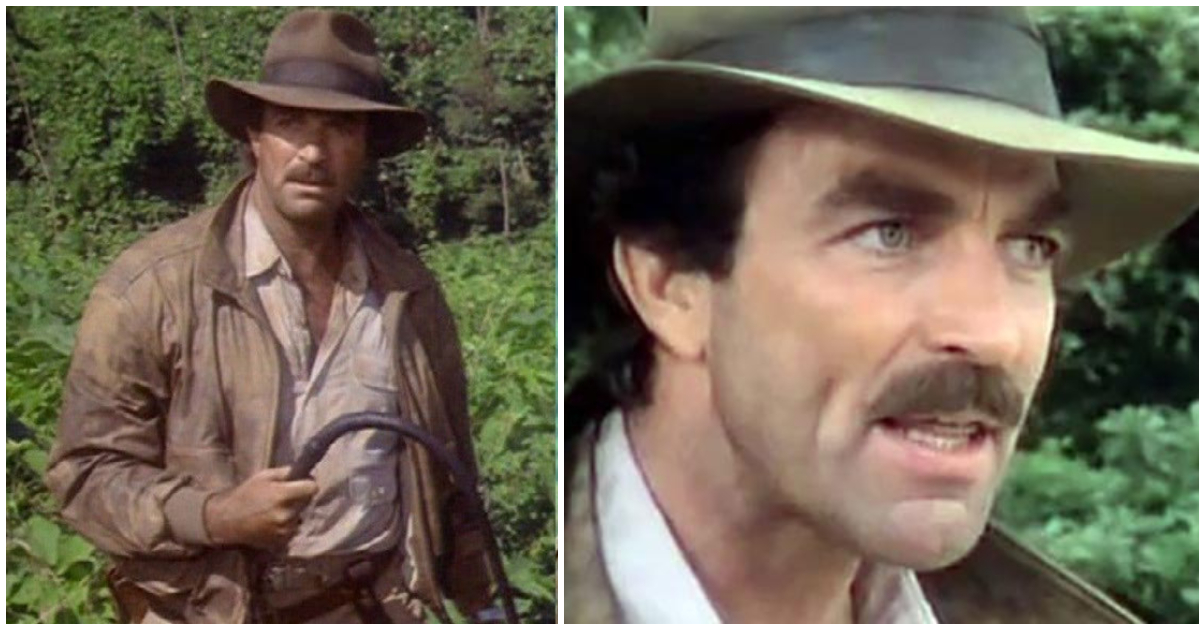 There are some movie roles that are so iconic that it’s hard to imagine them any other way, but it turns out some of these roles were almost cast by very different actors.

It’s crazy but intriguing to think how different things might’ve been if, say, Bill Murray played Forrest Gump instead of Tom Hanks, or if The Godfather actually starred Ernest Borgnine and Jack Nicholson.

And it turns out one legendary movie hero was nearly played by Tom Selleck — and the Blue Bloods star reveals why he had to walk out.

Selleck, of course, became a star as the title character in the series Magnum, P.I. But shortly after filming the pilot for the show, the actor got the lead in a movie… a little film called Raiders of the Lost Ark.

While he apparently impressed both Steven Spielberg and George Lucas enough to become their first choice, he had to turn it down, as he explained in a 2017 interview.

“After I did the pilot for Magnum, I tested for Indiana Jones and got the job. Steven and George, my newest pals at the time, offered me the job,” Selleck said in an interview with Yahoo Entertainment’s BUILD Series.

“We did a screen test with Tom Selleck and Sean Young, and it was really, really good,” George Lucas said in 2003. “They’re both terrific actors and it turned out really well.”

“George and I pretty much went after Tom Selleck,” Steven Spielberg recalled.

However, there was one snag: Selleck’s commitment to Magnum, P.I. “I said ‘well I’ve done this pilot,'” Selleck said in the BUILD series interivew.

The directors appreciated his honesty about the potential work conflict, and said they would try to arrange something with CBS, Magnum’s network.

However, it didn’t work out: “Turns out CBS wouldn’t let me do it,” Selleck said. “They held the offer out for about a month.”

But despite having to turn down what would become one of cinema’s great action franchises, and even though friends encouraged him to try to get out of Magnum and do Raiders, Selleck has no regrets.

“I signed a deal for Magnum. It was the best thing that ever happened to me,” he said. “I’m proud that I lived up to my contract.”

Nope, not bad at all. As we all now know, doing Magnum, P.I. launched a successful career for Selleck, who went on to star in the hit Three Men and a Baby movies, and currently stars in the long-running cop drama Blue Bloods.

And of course, the role of Indiana Jones went to Harrison Ford, who made him the legendary archaeologist/adventurer we all know today.

Even Selleck acknnowledges the part went to the right man.

“Harrison Ford hates to hear this, and Harrison this is your role and your indelible in it,” Selleck said in the interview. “It’s just an interesting story.”

But the legend of what could have been still fascinates movie fanatics… do the point where one fan used “deepfake” technology to put Tom Selleck into the role after all, in a fascinating if slightly unsettling viral video:

So there you go.

As a bonus bit of movie-casting-that-might’ve-been: Christopher Walken was up for the role of Han Solo in Star Wars, another one of Harrison Ford’s most famous roles. You can do your own impression of what that might’ve sounded like.

We think Tom Selleck would’ve made a great Indy, but we’re just glad for the other great roles he’s given us since.

Share this interesting bit of movie trivia if you love Tom Selleck!