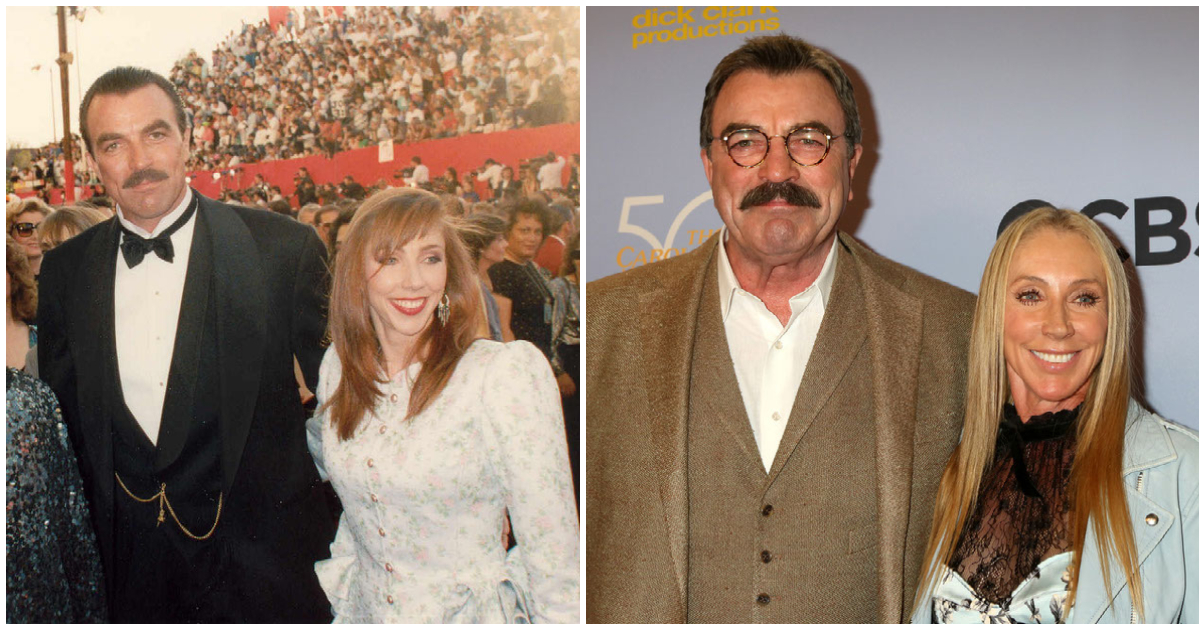 Who doesn’t love Tom Selleck? From Magnum, P.I. to Three Men and a Baby to Blue Bloods, Selleck has graced our screens for decades with one of the best mustaches in Hollywood.

But another thing we admire about Selleck is his loyalty to his wife, Jillie Mack. While many celebrity marriages come and go, these two have been happily married for 35 years.

So how do they keep the spark alive after decades of marriage? Selleck recently opened up about the little things he does to keep their love strong.

In an interview with Closer Weekly, Selleck recalls the first time he met Jillie Mack… at a performance of the musical Cats that Mack was performing in. It was the 1980s, after Selleck’s decade-long marriage to model Jacqueline Ray ended.

While Selleck says he’s not as smooth with the ladies as his on-screen counterparts, he approached his future wife backstage, though she was the one who made the first move.

“She had to go on [stage]. I was hemming and hawing, and she finally asked, ‘Do you want to meet for a cocktail?’” Selleck recalled to Closer Weekly.

The date apparently went well, and Selleck and Mack were married in 1987, in a private ceremony

Ever since, Selleck has put his family ahead of stardom, and has tried to keep his personal life out of the Hollywood spotlight.

He says he quit the hit show Magnum, P.I. to start a family with Mack. They had a daughter, Hannah, shortly after, and bought their family ranch in Hawaii.

“It took a long time to get off the train, but I try very hard to have balance, and this ranch has helped me do that,” Selleck told Closer.

Of course, that doesn’t mean Selleck has quit show biz, far from it. He’s been the star of the hit police drama Blue Bloods, now in its 11th season, and has starred in the Jesse Stone TV movie series.

But even with a busy TV schedule, Selleck still makes family a priority.

“My first priority is time with my family,” he told People in 2012.

“It’s important to nurture your marriage. I think wanting time away from work has been good for that.”

Today, 76-year-old Selleck is still happily married to his wife of 35 years. Selleck and Mack live happily on their ranch.

So what’s their secret? Selleck told Closer Weekly that they have a “yin and yang” dynamic: while he’s more introspective and quiet, Mack has an “effervescent quality that just lights up a room.”

“Apart from being my wife, she’s my friend,” Selleck says.

That, and the little things the actor does to keep the romance alive.

“I get up before Jillie and put on the teakettle, so when she gets up, her tea water is hot,” he told Closer. “I think I’m pretty romantic.”

When a couple can be together that long, you know it’s right!

We’re so glad these two are still happy and going strong! It’s a rare Hollywood love story that has really lasted.