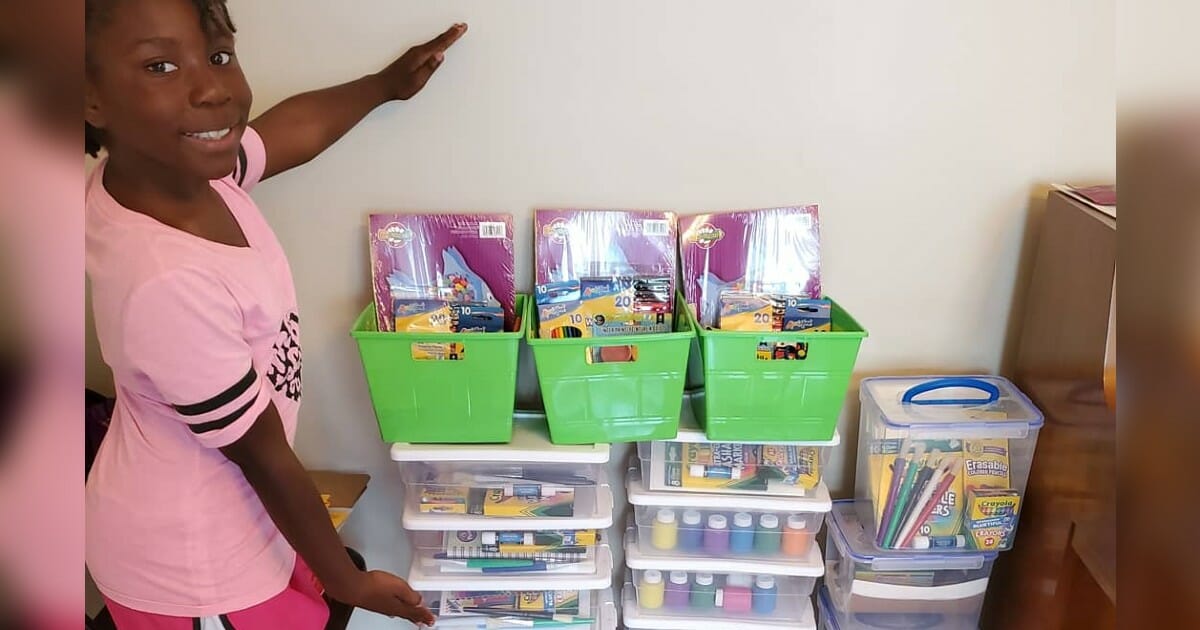 Chelsea’s Charity was founded less than a year ago, but it’s already made a huge impact, helping children in foster care or shelters who may not have access to things like art supplies.

Recently, Chelsea Phaire, the 10-year-old founder, helped get more than 1,500 art kits in the hands of children during the COVID-19 pandemic.

“I feel good inside knowing how happy they are when they get their art kits,” Chelsea told CNN.

Candace Phaire, Chelsea’s mom, said her daughter wanted to start a charity since she was seven years old, but the Danbury, Connecticut family didn’t follow through with the idea until her 10th birthday.

“She was so persistent, every couple of months she would ask, ‘Are we starting Chelsea’s Charity yet?’ When she was turning 10, she asked us again, and we decided it was time to go for it.”

So, in August 2019, instead of asking for presents from her friends for her birthday, she asked them to donate art supplies.

The idea to make art more accessible came after Chelsea lost someone very close to her when she was 7 years old and art became therapy for her.

She and her mom would personally deliver the art kits – the farthest they traveled was Oklahoma – and would often talk to the children about the benefits of art therapy.

“Art therapy is being prescribed a lot more to support the mental health of young kids, especially those with social and emotional deficiencies, Candace, an early childhood education professor and former teacher said.

That’s why when the pandemic forced them to stop visiting schools, Chelsea knew she had to continue getting her art kits to those who might be struggling more than others.

So far during the pandemic, Chelsea has mailed more than 1,500 art kits to children across 12 states. And since she’s unable to talk to them in person, she sends along a video to teach them about the importance of art.

“I have definitely grown as a person because of this. Now my dream is to meet every kid in the entire world and give them art. Who knows, maybe if we do that and then our kids do that, we’ll have world peace!”

Chelsea, you are an inspiration. You have helped so many in such a short amount of time, imagine what you’ll be able to do with the rest of your life.