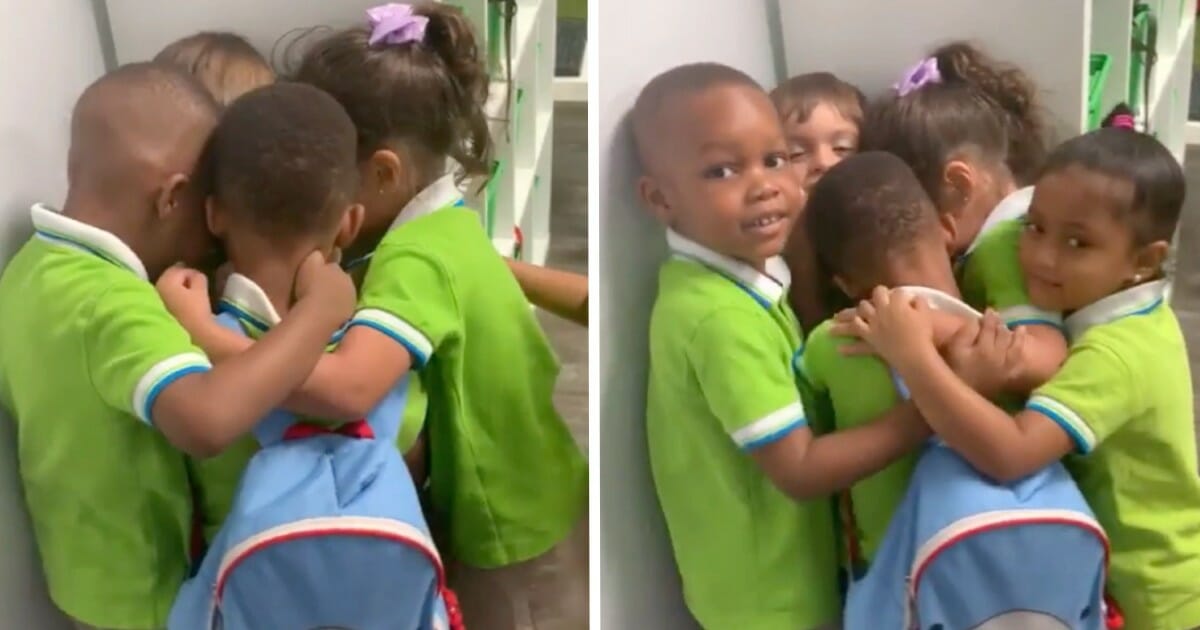 Over the Labor Day weekend, Tekara Capron, 22, and her son, Makai Simmons, 3, traveled from their home in Pembroke Pines, Florida to the Bahamas, where Tekara was born and raised.

As they left for a mini vacation, they believed they were dodging a bullet because Hurricane Dorian was predicted to hit Florida.

“Everyone [in South Florida] was going crazy preparing for the storm,” she told Good Morning America. “We had to rush to the airport and there were huge lines at gas stations.”

But by the time they arrived in the Bahamas, the storm had changed course and was headed straight towards them.

Thankfully they survived and were able to return home. This week Makai attended his first day of school since the storm, and he received the warmest welcome back you could imagine.

As Hurricane Dorian battered the Bahamas, Tekara and Makai found shelter in her grandparents’ home in Freeport. The family’s home was one of the lucky ones that survived the storm, though it did flood.

“He handled it very bravely, thankfully,” Capron added. “He was like, ‘It’s OK, Mommy.'”

After the storm, Tekara informed her three-year-old that there were people, including children, who were trapped. Makai found his Spider-Man life vest, put it on and said, “Mommy, I’m going to go save the children in the water.”

The mother-son duo boarded a cruise ship back to Florida on Friday – they waited in line for 13 hours for their chance to escape – and were welcomed back by strangers who were more than willing to offer any necessary aid.

House got flooded. Like much of my island, we lost everything. But I don’t care, they are material things. We have life, which cannot be replaced. In my 22 years of life, I have never seen anything like this. But at Kai’s 3rd year of life, he has experienced a storm that he refers to as a monster. A storm that makes him jump and hide at the sound of strong wind. A storm that inspired him to be brave and put on his life vest, saying “Mommy.. I have to go save the children in the water!” He doesn’t even like to hear the name Dorian. I felt this for the kids.. Thank you to all of my family and friends who checked up on us continuously throughout the storm and even offered their help? Thank you to EVERYONE who is already helping my people. MOST IMPORTANTLY, thank God for getting us through this!!????

On Monday it was time for Makai to attend school. He received an adorable welcome from his classmates, and it was caught on camera.

My heart. Today was my son’s first day back to school in the USA after experiencing Hurricane Dorian in Freeport. The love he received from his friends as soon as he walked into class was so touching. *For licensing/commercial usage, please contact [email protected]*

“Right now, we’re seeing so much trauma, so to see the love that kids are showing, I thought that was beautiful,” Tekara said. “The rest of the world needed to see that too, especially the Bahamas.”