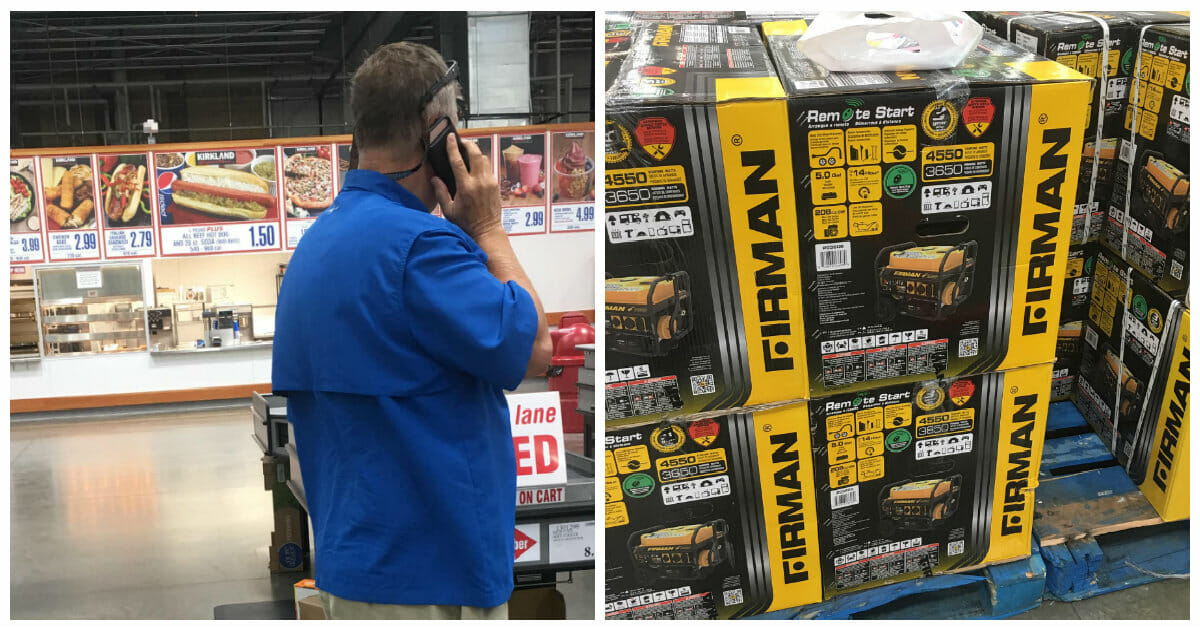 Many people in the US and the Bahamas have been badly struck by Hurricane Dorian. The storm has caused a great deal of damage to infrastructure and has left countless people without power.

As with any natural disaster like this, goodhearted people have stepped up to help, offering money and donations for those in need.

But one man really outdid everyone, making a huge purchase that will benefit hundreds of storm victims—and he’s remaining anonymous.

Florida resident Alex Sprague headed to a Jacksonville Costco on September 4, preparing for the storm by purchasing a generator. It turned out, he wasn’t the only one.

The generators cost about $450… so Sprague was shocked to see another customer buying not just one, but over a hundred, planning to donate them to storm victims in the Bahamas.

According to CNN the total bill came out to $49,285.70. While that was mostly from the generators, he man was also buying food items to be shipped, like peas, beans and coffee.

Sprague snapped a photo of the philanthropist, but despite his massive donation the man has insisted on going unnamed, taking no credit for his good deed.

But Sprague couldn’t let it go unnoticed, and went over to thank him: “All I could do was shake his hand and thank him!” Sprague wrote on Facebook. “There still are good people in the world!”

While still remaining anonymous, the man spoke to CNN. A farmer from Jacksonville, he says he wants to keep attention on the victims rather than get attention for himself.

“It’s important that we help each other out. It’s better than just sitting there,” he told them. “You see a need and you fill it.”

The farmer made arrangements to ship the 100 generators to Marsh Harbour in the Bahamas, a town that was greatly hit by the hurricane. He set up a storage facility in Florida.

The donor is also close friends with a Bahamas local named Errol Thurston, who is working with him to get the much-needed supplies to his hometown.

“We are trying to book a slot on a container ship that regularly services the Abacos and Grand Bahama,” Thurston told CNN. “The guys are doing everything in their power to get us in a slot there. They know the desperation the people really need these items.”

Hurricane Dorian made a catastrophic impact on the Bahamas. At least 20 people have died, and the storm has caused widespread structural damage and flooding.

It will be a long road to recovery, but acts of huge generosity like this will greatly improve the lives of so many people hit by the storm… and the fact that this man did it all completely selflessly makes this story all the more inspiring.

As the hurricane continues, hopeful stories like this are a light in the darkness. Share this good news!